Anushka Sharma And Virat Kohli Hug Each Other at Airport And Their PDA Rocks, Like Always; See Pics

Anushka Sharma returned from Delhi and was welcomed by hubby Virat Kohli at the airport. See their lovely pictures here...

Anushka Sharma and Virat Kohli make for one of the most loved celebrity couples in the country. The duo was recently spotted as the man picked his wife from the airport. What caught everyone’s eye there was the adorable hug Virat gave to Anushka while welcoming her back home.Also Read - IND vs NZ | 2nd Test, Day 3: India Need 5-Wickets to Clinch Series, Ajaz Patel Scalps 14

Anushka has been busy with the promotions of her upcoming film, Sui Dhaaga: Made in India, with Varun Dhawan. The actress went to the capital to attend an event where she was present with Varun. At the airport, Anushka was seen wearing a black ruffled shirt and a pair of matching rugged denim. A pair of her trusty black shades and that Saint Laurent bag adding to her comfortable look, further. Also Read - IND vs NZ MATCH HIGHLIGHTS 2nd Test, Day 3 Today Cricket Updates: Ashwin, Top-Order Shine as India Dominate at Wankhede; New Zealand Lose Half-a-Side in 540 Chase 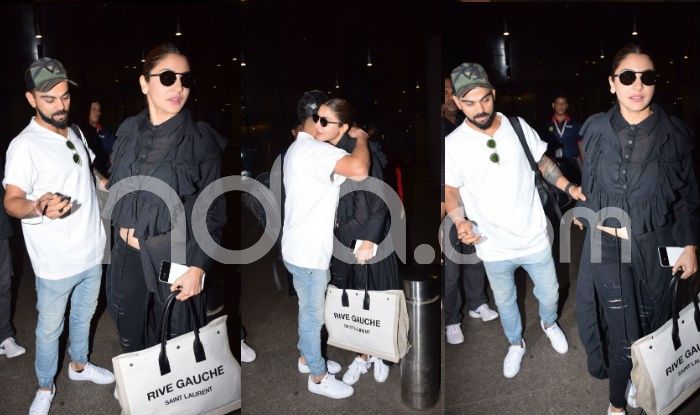 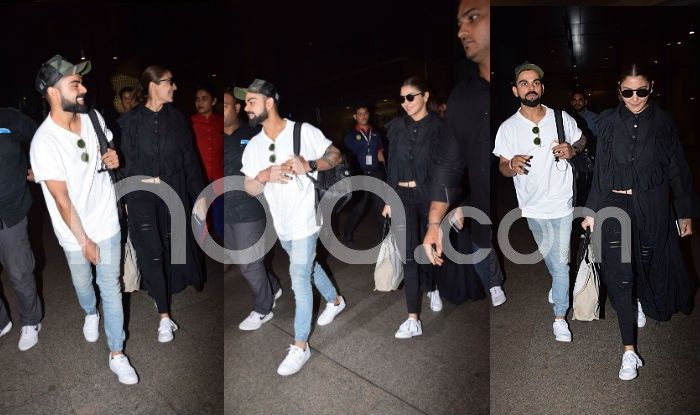 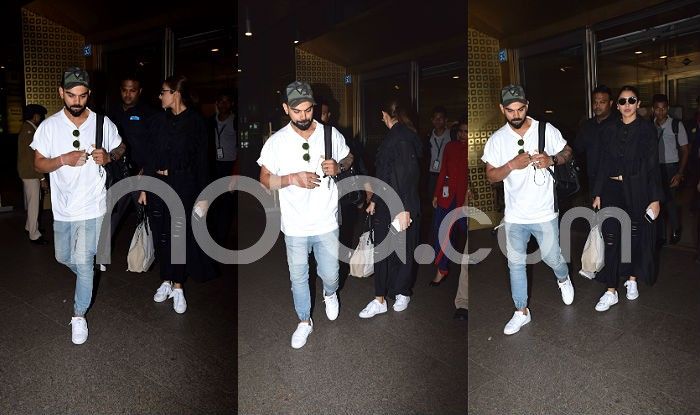 The two got married in an intimate ceremony in Italy. It was a beautiful wedding with the couple wearing Sabyasachi creations for all their wedding functions. Later, the two threw a lavish wedding reception in Mumbai where the who’s who of the film industry was invited. Also Read - BCCI President, Sourav Ganguly Disappointed With Team India's Performance in T20 World Cup 2021

On the work front, Anushka’s Sui Dhaaga, directed by Sharat Kataria, is already winning her a lot of appreciation. The actress’ de-glam look in the film is a hit. She plays the character of Mamta, an embroider, who helps her husband achieve his dreams. The film, bankrolled by YRF, encourages the work of local artisans in the country.