Anushka Sharma and Virat Kohli get clicked at Mumbai airport. The duo travels in style

Anushka Sharma and Virat Kohli shot for an ad in Mumbai the other day. The duo then flew down to Delhi and was clicked at the airport looking as stylish as ever. Anushka is set to promote her upcoming film, Sui Dhaaga: Made in India, in the capital, and therefore, the visit.Also Read - Mujhe Maaro Fame Momin Saqib Celebrates Pakistan's Historic Win Over Virat Kohli's India; Video Goes Viral | WATCH

At the airport, the actress was seen wearing a pair of comfy denim separates, while Virat sported a bright orange-coloured sweatshirt and a pair of black track pants. Her styling though was completed by a pair of black round shades, a top knot and her trusty Saint Laurent tote. Anushka looked good. As for Virat, when does he not? Check out the latest airport pictures of Virat and Anushka here: Also Read - Dinesh Karthik Loves Virat Kohli's Reaction Towards Journalist For Asking Question on Rohit Sharma After Pakistan Hammer India in T20 WC 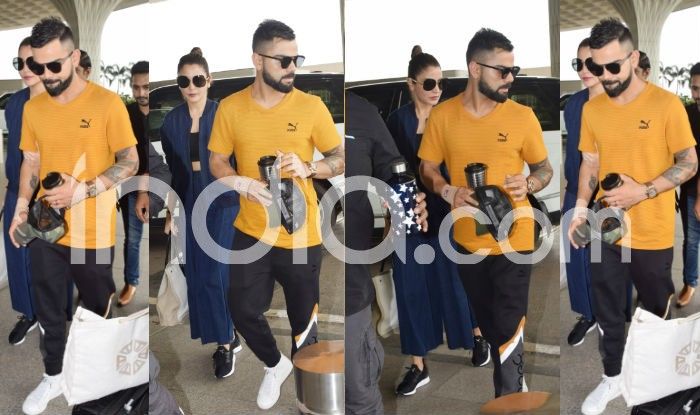 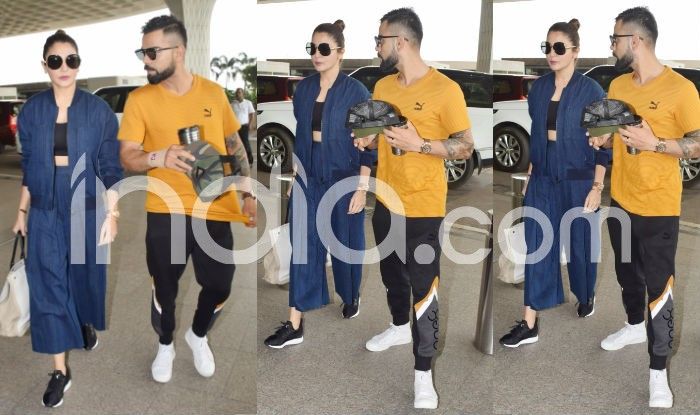 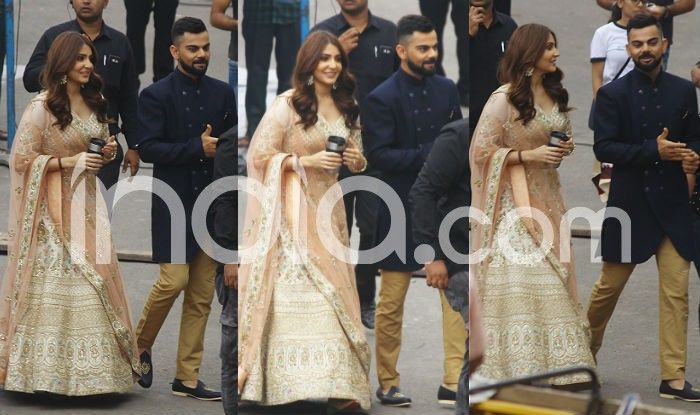 On the work front, Anushka has got Shah Rukh Khan starrer Zero, which is releasing in December. The film, directed by Aanand L Rai, also features Katrina Kaif in an important role. Zero will hit the screens on December 28. Also Read - Ind vs Pak, T20 WC: Sunil Gavaskar's Message to Virat Kohli & Co After Loss, 'Focus on Next Few Games'

While she has headed to Delhi for the promotions of Sui Dhaaga, Varun Dhawan, her co-star in the film, is still in Mumbai. He also made a visit to the sets of Bigg Boss 12. The actor met the show’s host and friend, Salman Khan. The pictures of the two entertaining the audience on the show have been surfacing in the media.

Directed by Sharat Kataraia, Sui Dhaaga: Made in India releases on September 28.