Arjun Kapoor In The Weekend Interview: I Am Not A Bad Actor | Exclusive

Arjun Kapoor speaks to india.com about his film choices, how an actor's personal life affects his professional choices, his chemistry with Ranveer Singh, and how his latest movies have re-establish him as a good actor in front of the audience. Read on.

Arjun Kapoor in The Weekend Interview: What does one should do when despite all the hardwork, things are not falling in place? Answer: Wait for the right time. And that’s exactly what actor Arjun Kapoor did when despite all his choices and efforts, his films just couldn’t impress the audience for a few years in a row. However, YRF’s Sandeep Aur Pinky Faraar changed the game and how! It’s only a coincidence that Arjun got his groove back in the same month, exactly after nine years of his debut in the industry, with his performance in the Dibakar Banerjee-directorial. So what now? Would he keep doing such gritty movies? Arjun says there’s nothing stopping him and he would be balancing his choices in films. In an exclusive conversation with india.com, the actor mentions that he is the same man he was when he entertained the audience in Ishaqzaade.Also Read - Arjun Kapoor Speaks on Possibility of Working With Malaika Arora in Future | Exclusive

Arjun begins the conversation by thanking us for the article that we wrote about him and his latest movie a few days back (You can read that article here). He also addresses a few interesting fan questions including the one on Ranveer Singh and another one on his ladylove, Malaika Arora. Excerpts: Also Read - Sara Ali Khan: Sushant Singh Rajput Taught me Everything From Hindi to Acting | Exclusive

Are you now thinking about breaking the audience’s perception of you?
I am quite a patient person. It took years for Sandeep Aur Pinky Faraar to release. It was in my head that I didn’t want to fear this kind of cinema. I want to do gritty, realistic, new-age mainstream stuff. I don’t want to shy away from that. It wasn’t to break the perception, it was to remind the people of the actor that I am. Perception break karne se zada important tha to remind people that main vahi actor hun jo aapko 9 saal pehle mila tha Ishaqzaade me. Also Read - Arjun Kapoor on Reuniting With Ranveer Singh: It's Inevitable That we Will be Back Soon | Exclusive 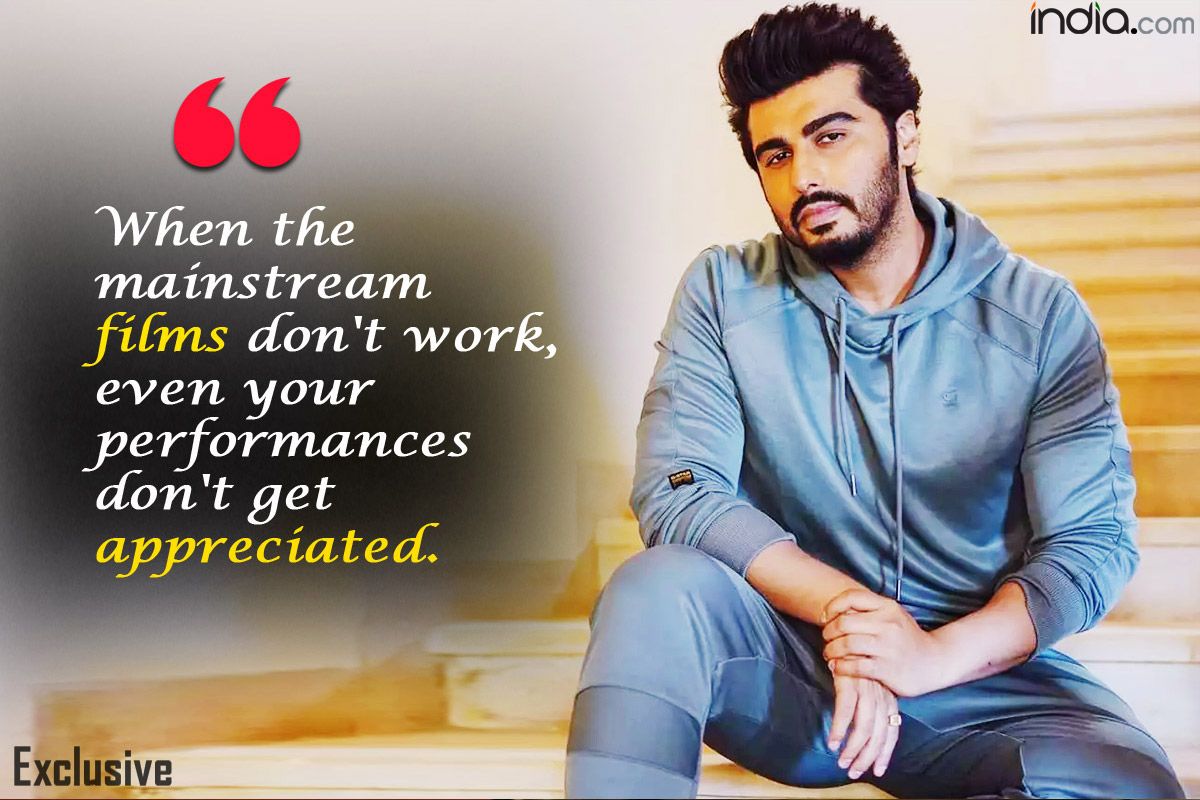 Arjun Kapoor speaks on how the audience treats a performance (Image exclusively created by Gaurav Gautam for india.com)

You recently spoke about doing films from the heart now. Is this the plan, Arjun – doing only those films that your heart allows?
I am here to do all kinds of work. Ishaqzaade – I did a very good job – I am not Parma. I am not Ajay or Vishal from Aurangzeb. Neither I am Bala from Gunday or Krrish from 2 States –  if you’ll see my films, it’s not like I have played to my strengths. I have done all kinds of films. Sometimes, that gets forgotten in the course of being overtly commercial and the films are not working. When the mainstream films don’t work, even your performances don’t get appreciated. Somewhere, people forget that you are a good enough actor to carry a role. Your performances are not being appreciated to that degree because the films are not working. It becomes co-related rather than it being looked at independently. I am not a bad actor. Sometimes, it’s just nice to remind people that you are a good actor and Sandeep Aur Pinky Faraar did that. I am happy about it.

From this realistic cinema, you are once again moving to this overtly commercial drama, the massy mainstream entertainer – Ek Villain Returns. Are there any apprehensions? Do you feel like you will be judged more now after your performance in Sandeep Aur Pinky Faraar?
It’s important to test yourself all the time. I have confidence in Mohit Suri and his brand of cinema as a director. If there’s a Dibakar Banerjee, there’s also a Mohit Suri style of filmmaking and he’s a filmmaker who’s far more experienced than even me. There’s a mainstream audience for his kinds of films. I am not nervous about it. The test is to balance both and that is the excitement of being an actor. I feel lucky that I get to do a Villain and Sandeep Aur Pinky Faraar. I can’t say I am pressurised, I am excited by it and I have full faith in Ek Villain (Returns). There’s John Abraham, Tara Sutaria, Disha Patani, and Mohit Suri’s music. It’s not a mainstream film that is brainless in that sense. It’s not coming to be frivolous. There is a story, characters, there are twists and turns and I am quite excited about the Villain being put in front of you all. 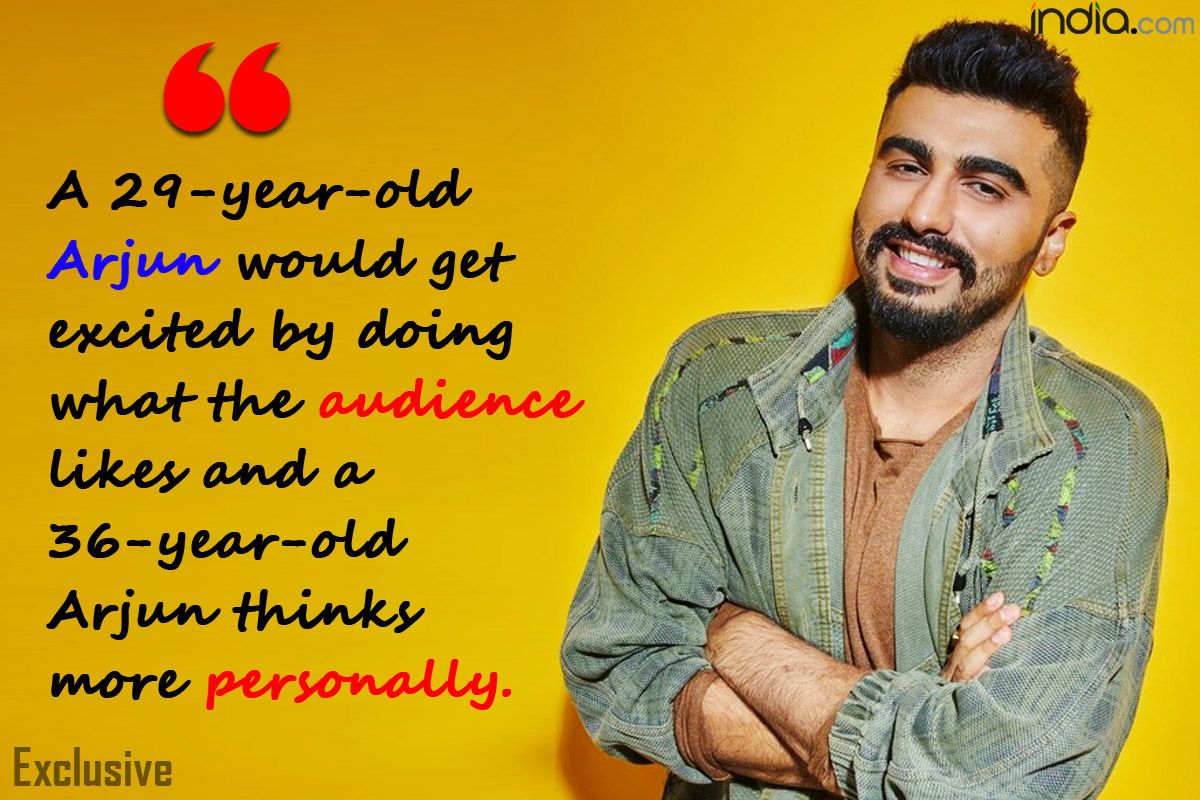 Have your choices in your personal life affected your choices in your professional life? Does an actor’s life affect the way he starts choosing his films?
A lot. Who I was at the age of 26 is not who I am at the age of 36. My choices are different because I have seen life differently. I have seen more highs and lows. Although I have always been quite mature I have to say (laughs). However, it doesn’t mean you go are attracted to darker or heavier material (films). It just means that you try and find things that excite you at a personal level. A 29-year-old Arjun would get excited by doing what the audience likes and a 36-year-old Arjun would think more personally and intimately like ‘this movie appeals more to me personally as an audience and I would do it’. That divide is very slim but it’s very real. You have to put yourself more at the forefront with your personal experiences. Also, it’s not just your relationships but the whole life that you lead. Ek thaihrav aata hai and you just think a lot more calmly. I would put it like that: ‘You start your career and films choose you, then you choose films and then you find something in between’. I am at that point in life where I am finding a balance between some films finding me and I finding some films.

When are you reuniting with Ranveer Singh on-screen?
We both would love to. We are constantly in touch and we behave as silly as always. Gunday (2014) was ahead of its time in terms of two boys being put together in a nice commercial entertainer. It’s inevitable that I and Ranveer will be back soon. Now is the time for these kinds of ensemble movies I think. 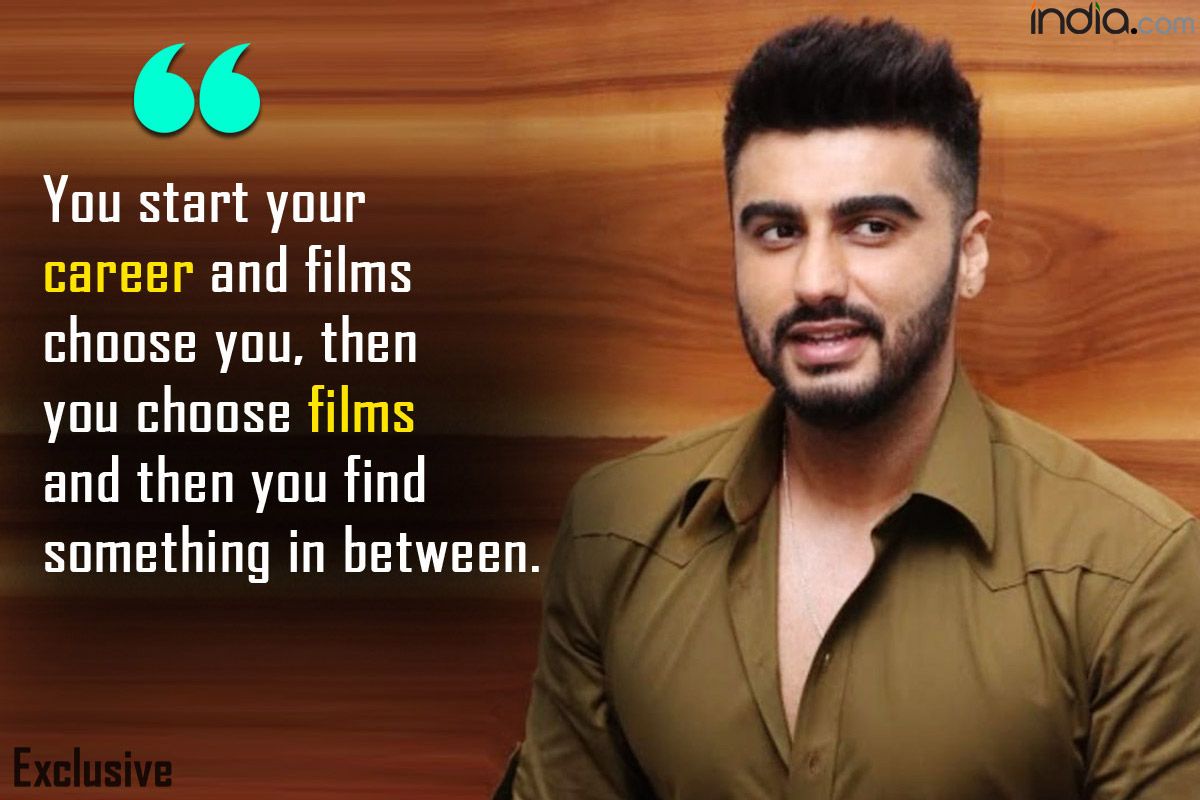 Arjun Kapoor speaks on finding the right balance in life and career (Image exclusively created by Gaurav Gautam for india.com)

Have you two been offered anything together after Gunday?
Not directly. We meet at events and people come to us saying that they want to make a film with us together. There’s a lot of chatter around our pairing but we haven’t been offered any concrete film yet.

Are you flaunting a six-pack abs body in Ek Villain Returns?
Yes, of course – six-pack abs.

If you are asked to do the remake of one of your father’s movies, which would that be?
Let him decide that. But I think remakes ka time abhi over ho gaya hai, it’s better to focus on new, authentic material. We have to respect that those films come with some fan following. But, if he chooses it and if he finds the right director and there’s a genuine need for a remake (then I’ll think). I personally don’t like to touch the films that he has made. They are unique on their own.

Would we see you collaborating with your real-life partner on-screen?
Never say never in life. I haven’t really dwelled on it. I don’t think that’s something that has crossed my mind but in life, never ever say never.