Arshad Warsi: I am Way More Successful Than Most People With a Fat Bank Balance | Exclusive Interview

Arshad Warsi says that he wasn't offered more roles like Ishqiya, Jolly LLB, or Sehar in his career. He says he's at peace with life and is quite content but people could have better utilised the actor in him. Here's Arshad Warsi getting candid like never before.

Arshad Warsi says he doesn’t often receive the kind of work that excites him. The actor has played distinct characters in films like Hogi Pyar Ki Jeet, Ishiqiya, Jolly LLB, Sehar, Irada, and Durgamati among others, but he’s better known for his comedy. He says that stereotyping is not a problem but definitely something that he wants to come out of. The actor plays the role of a corrupt politician in Durgamati alongside Bhumi Pednekar, Mahie Gill, and Jisshu Sengupta among others. In an interview with india.com, Arshad speaks about being at peace with life, not carrying the burden of his past films, seeking work that makes him break the shell, and being a laidback person in real-life. Excerpts:

What is the best thing about playing a corrupt politician?
You just have to lie to the skin of your teeth and everybody believes you. This is the first time I am playing a politician. I had my own image of the character that director Ashok explained to me. I had pictured the guy. I have kind of done that and I hope to get what I was trying to do.

Comedy is difficult and you are known to ace that on-screen. But, does playing a negative role come as a breather to you?
Big time. I always say that if you are somebody who likes pizza and if I give you a pizza all your life… sooner or later, you’ll start hating it. You need to shift to something else for you to keep liking the pizza. That’s my life. If I keep doing comedy, slowly I’ll get bored with it. I need movies like Durgamati, Jolly LLB, Sehar, and Ishqiya to keep me going. These movies don’t come to me very often.

And why do you say that?
To be honest, I don’t like the scripts most of the time. I am not a megalomaniac who’s running after doing solo films. I don’t have that issue. Therefore, when I get a script that I don’t enjoy, I think that I won’t do it just for the heck of it. There’s no point in doing it and then crying over it or regret it, which has happened with me a lot of times. So, I try and not do it. But if I hear a good script, I don’t let it go. 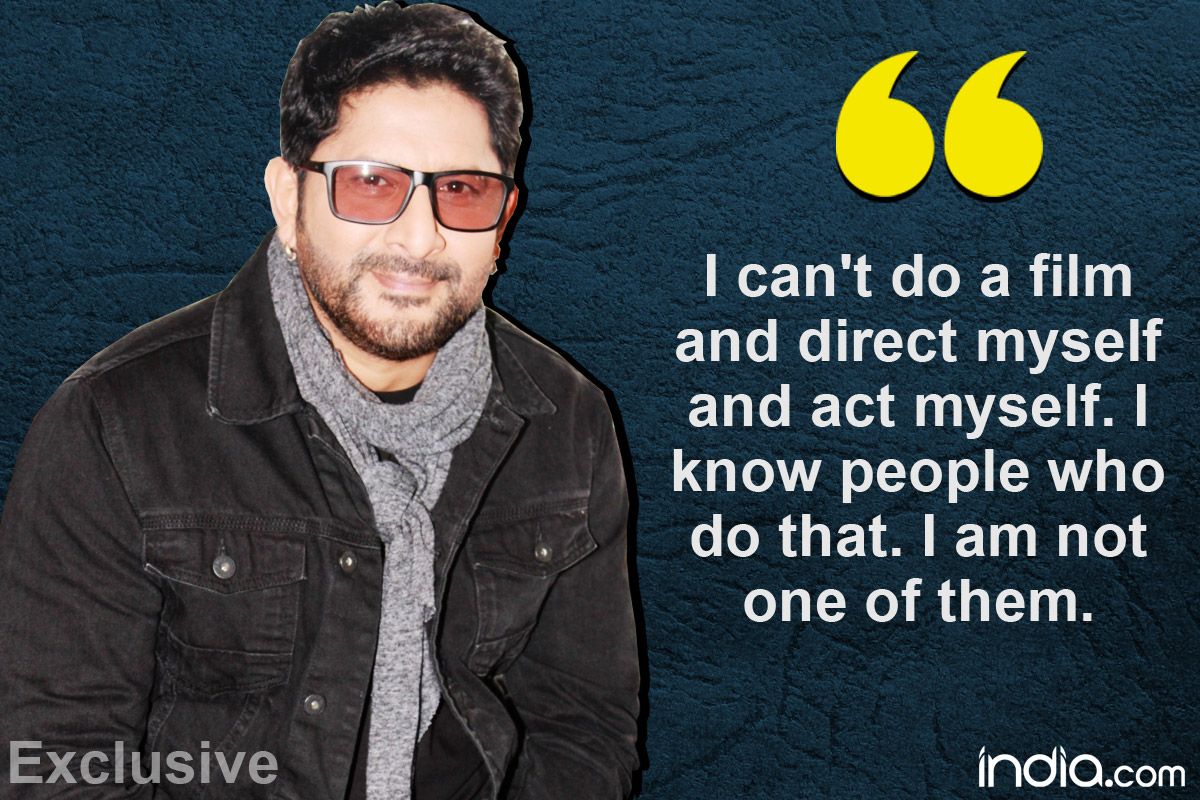 How do you move on from working in a bad film or something that you have regretted doing?
You have to. I am a little bit of a weird guy. I believe that your happiness and your sadness and what happens in your life – you are responsible for everything and nobody else. Nothing else should make a difference. There are people who are sad all the time, they are bringing that on to them. It’s not that the world is doing it. For me, I look at it this way – if a film does good, I am happy. If it doesn’t, I am not going to bog myself down. It’s absolutely fine. If I am extremely successful, I am good. If I am not, I am fine. Life is way beyond that. It doesn’t matter to me. You feel it because you have put in a lot of efforts that have now gone wasted. But that’s a short time and you should stick to it. Feel bad for a little while, grief for a little while, go have a drink and move on.

You once told me that you could be anything at the professional level but you consider yourself an extremely successful human being. Do you think you could have seen better success at the professional front also?
Yes, I think so. Vidya (Balan) says that ‘I am very underutilised’. I feel that too. I wish people had used me more in various roles like Durgamati. I wish more Jollies were made, more Sehars, more Ishqiyas were made for me. That way I feel I have not been used very well. Other than that, I believe that as a person, I am extremely successful. I am way more successful than most people who have a very fat bank balance. I am good. 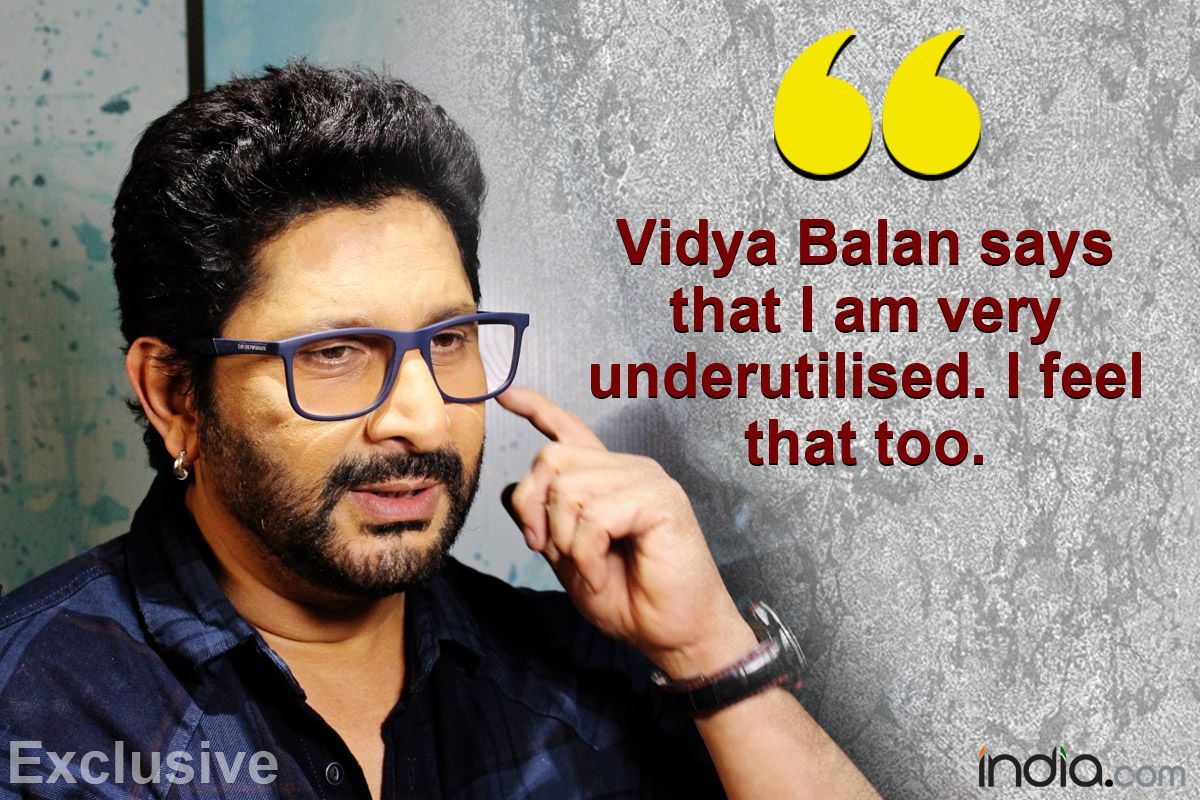 So why don’t you make something for yourself? You started your career as an assistant director.
I know… but that would be really cheesy if I start making movies for myself. That would be very embarrassing. I will direct though. I won’t act in it. It will be some good actors doing some strange stuff but I’ll definitely direct. I can’t do a film and direct myself and act myself. I know people who do that. I am not one of them.

You have this tremendous energy that’s visible both on and off the screen but you also say that you are quite a laidback person. What are you doing with this energy if not putting it at work?
I don’t have so much energy. I promise you. I don’t. It’s when you are talking to me or if I am somewhere, I like that atmosphere to be nice and happy. That’s where the humour comes out. If I am chatting with you, I would make sure it looks like I want to chat with you. I hate people who make you think as if they are doing a favour to you by talking to you. Otherwise, trust me, if I am not giving you an interview, you’ll see me sitting like this all the time. You won’t even know, I’ll be like a statue and do nothing. I am very very slow. 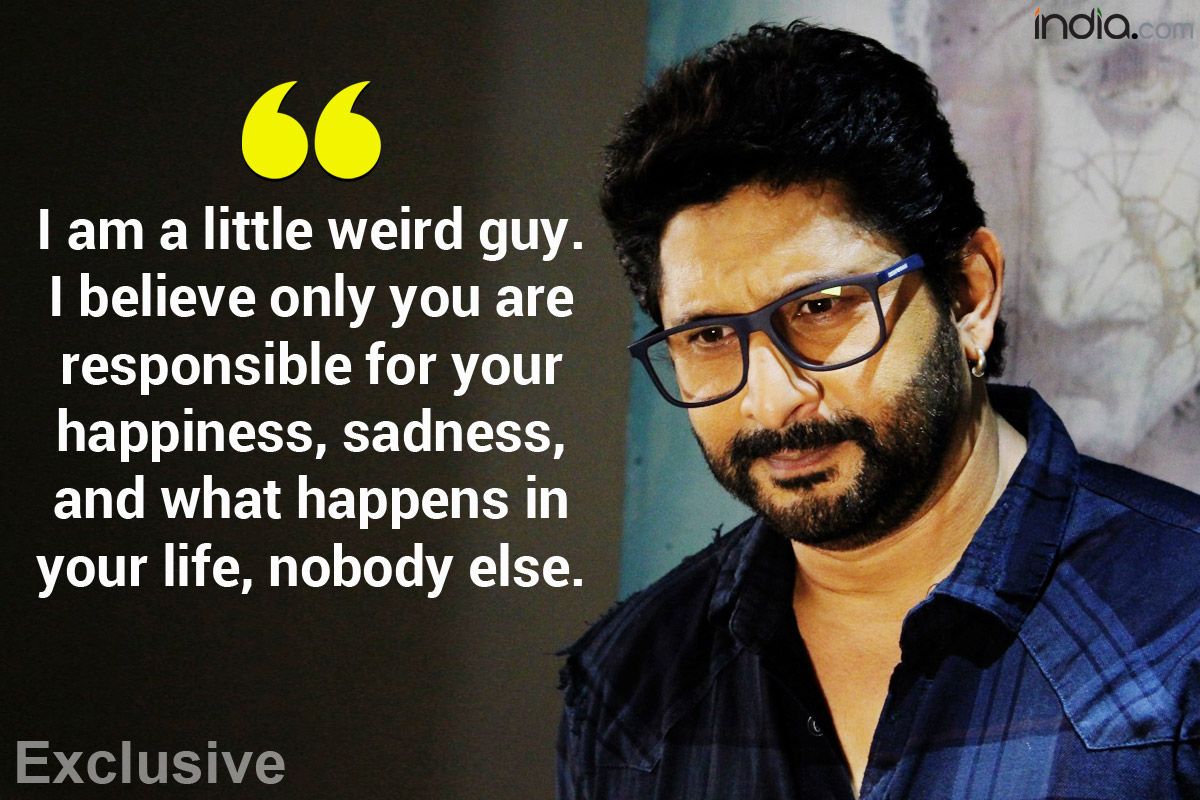 You recently spoke about Box Office numbers and said that it’s a total scam. Why do you think the actors are not scared of talking about the business aspect of their films today? Actors were not expected to involve themselves in the business area of a film when you had joined the industry. Isn’t it?
Yes, they weren’t. Times are different now. Most actors are businessmen today. Earlier, actors were only actors and producers were businessmen. There’s nothing wrong with that. If you have the talent and the knowledge of business, why not be the one. This started happening some 10 years ago. It’s great actually. Actors started learning business. I don’t understand it though. I am terrible at business. I wish I was better. It’s nice because you put so much into a film and it’s something that can make you or break you. A film has the potential of destroying you or make you super successful. So, if a person is getting involved in that, it’s perfectly fine.