Aryan Khan's bail plea will now be heard on October 8 at 11 AM.

Aryan Khan Bail Plea Highlights: Shah Rukh Khan’s son, Aryan Khan has been sent to judicial custody for 14 days. Mumbai court said in its statement, “The zonal director is requested to keep the accused in NCB as jail authorities do not admit the accused post 6 pm without COVID report. So, they may be remanded with NCB. Bail application hearing tomorrow at 12:30 pm.”Also Read - Ananya Panday At NCB Office: Chunkey Panday's Daughter To Arrive At Anti-Drug Agency Office At 11 AM | LIVE UPDATES

Aryan Khan’s bail plea will be heard tomorrow i.e October 8 at 12:30 AM. Aryan was presented in the court on Thursday (October 7) where NCB argued that they are still investigating the case and therefore demanded extended custody for Aryan Khan. NCB had also claimed that the main supplier in the case has been arrested and therefore there is a need to investigate everyone related to the case. On the other hand, Aryan Khan’s lawyer, Satish Maneshinde had argued that NCB did not interrogate Aryan for the last two nights. He further questioned the delay and claimed that Aryan was invited to the party to add the glamour quotient. “If NCB has not managed to unearth any controversy so far, then what are they going to do now? Humble submission is that they keep saying that they have to reach the ‘main accused.’ He (Aryan) cannot be held hostage till they find the main accused,” Maneshinde had said. Meanwhile, the 17th accused in the case, Achit Kumar has also been sent to NCB custody till October 9 by the Mumbai court. Kumar was arrested based on disclosers made by accused Aryan Khan and Arbaz Merchant. Check the highlights here: Also Read - Can Aryan Be Allowed Home Food? SRK Asked Jail Authorities

6:56 pm Aryan Khan sent to judicial custody. The case will not be sent to the session’s court. Satish Manishinde to file for interim bail.

Court says the case will now be heard by special NDPS court https://t.co/8rqko8epsc

6:28 pm Maharashtra Minister Nawab Malik has alleged that NCB is trying to defame the Maharashtra government and the film industry.

#WATCH | It is NCB’s conspiracy to defame Maharashtra government & film industry. Whether it was Rhea Chakraborty or Aryan Khan, they were arrested for publicity & it was forgery. We’ll be exposing extortion nexus run by NCB: Maharashtra Minister Nawab Malik pic.twitter.com/I9DaDxsm7d

6:15 pm NCB: The main supplier in the case is arrested and therefore there is a need to investigate everyone who is linked to the case.

6:12 pm As per the India Today report, the alleged whistleblower, who hails from Bhopal, has tipped off the BJP worker who further informed NCB officials.

5:15 pm Aryan’s lawyer Satish Maneshinde argues that Pratik Gabba (who is a friend of Aryan and Arbaaz) had invited them to the rave party. He further claims that Aryan was invited to the party to add the glamour quotient. He also denies Aryan’s link to any foreign national.

5:10 pm Aryan Khan’s lawyer questions ‘delay’, says, this confrontation should have been done till now.

Party on cruise ship case: 17th accused Achit Kumar has been sent to NCB custody till October 9 by a court in Mumbai

4:19 pm Anchit’s lawyer has called the arrest illegal. “They are lying to the court. They are saying that I was part of the network, but I was only found with 2.6 gm of ganja. Somewhere this illegality needs to stop,” he claimed.

4:12 pm NCB: Present disclosures reveal that Anchit is a part of a ganja trafficking network. He is identified, verified, and corroborated.

4:05 pm NCB informs the court that another raid will be conducted and any possible arrests will need to be confronted with the present arrested.

4 pm NCB tells the court that it is still conducting raids and “anyone arrested in those raids would be needed to be confronted with the present accused”.

While seeking custody of Aryan Khan & 7 others till Oct 11 in the drug seizure case, NCB tells a Mumbai-based court it is still conducting raids and “anyone arrested in those raids would be needed to be confronted with the present accused”

3:55 pm NCB: 17 people have been arrested, the new arrest, Achit Kumar has been arrested based on the statement of Aryan Khan.

Mumbai: NCB seeks remand of Aryan Khan, Arbaz Merchant, Munmun Dhamecha, and five others till October 11 in the party on the cruise ship case

3:05 pm Aryan Khan is being taken to court by the NCB team for his bail hearing 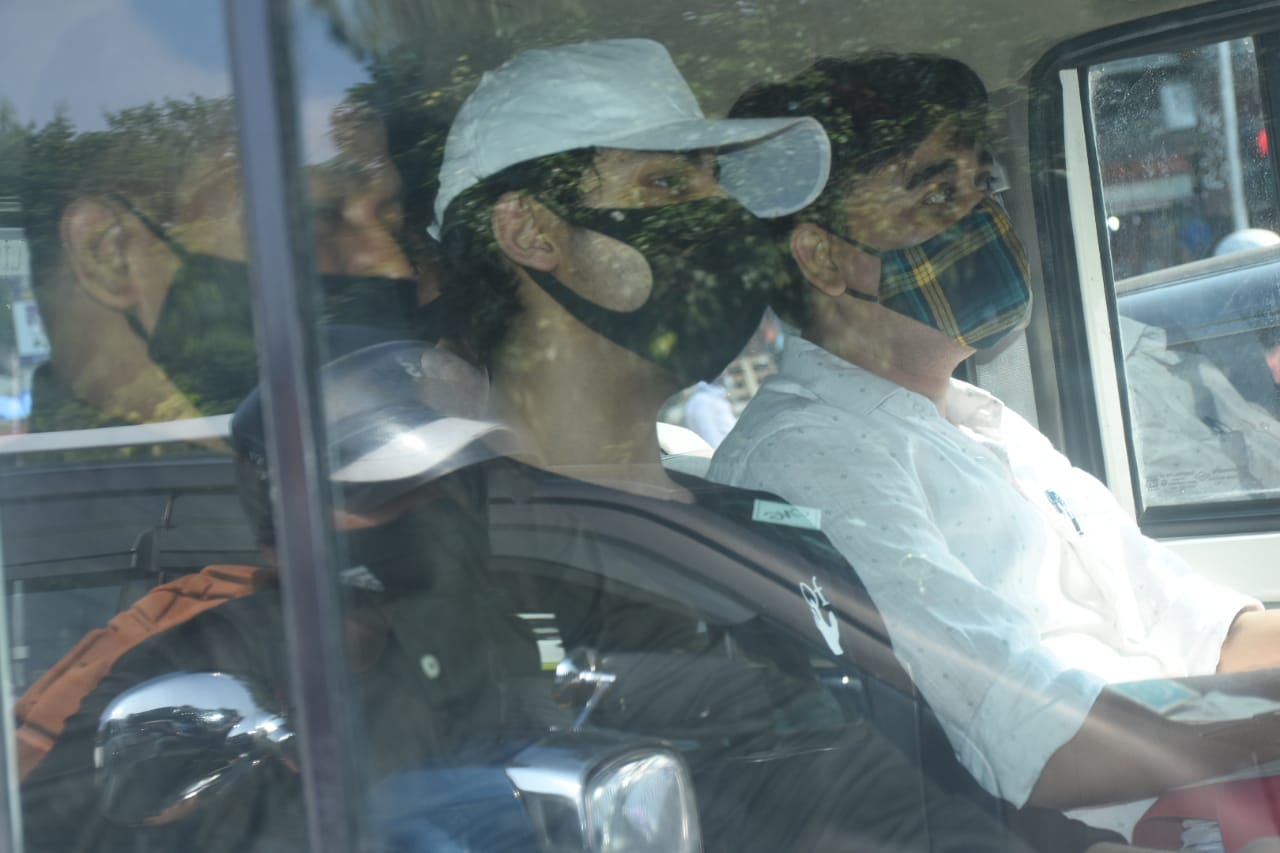