Mumbai: Suniel Shetty’s daughter and actor Athiya Shetty dropped stunning pictures with rumoured beau cricketer KL Rahul on Wednesday leaving fans curious over their relationship. The alleged couple is rising the temperature with mesmerising and stylish pictures on Instagram. Taking to the photo-sharing platform, the duo can be seen posing in front of the camera, wearing a pair of sunglasses. While KL Rahul sports a white turtle neck t-shirt with a black blazer, Athiya is seen wrapping her arms around his shoulders in a black and purple floral dress with knotted straps.

The alleged couple, who takes the internet by storm every time their pictures come up, have neither confirmed nor denied their relationship.

They often post pictures with dedicating sweet posts to each other on special occasions and soon become the talk of the tinsel town. The duo often posts pictures together igniting curiosity about their relationship status amongst the netizens and fans.

The two have collaborated for the eyewear brand NUMI Paris.

Athiya took to Instagram and shared about her collaboration with KL Rahul as the brand ambassador of the company and captioned her post, “The #NewMe is more grateful, easy going and mindful! Proud to present NUMI Paris with @rahulkl. Get your #NewMe @NUMIParis. On every purchase of NUMIS, support will be extended to L V Prasad Eye Institute, a World Health Organization Collaborating Centre for Prevention of Blindness. Buy your pair now! Link in @NumiParis bio.” 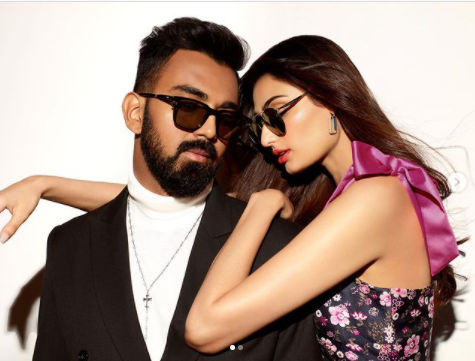 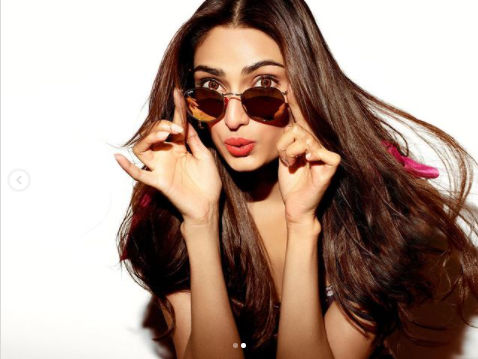 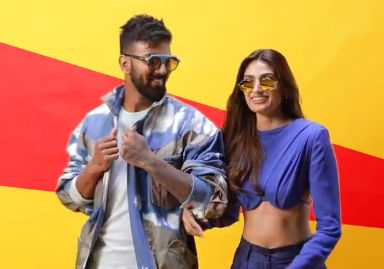 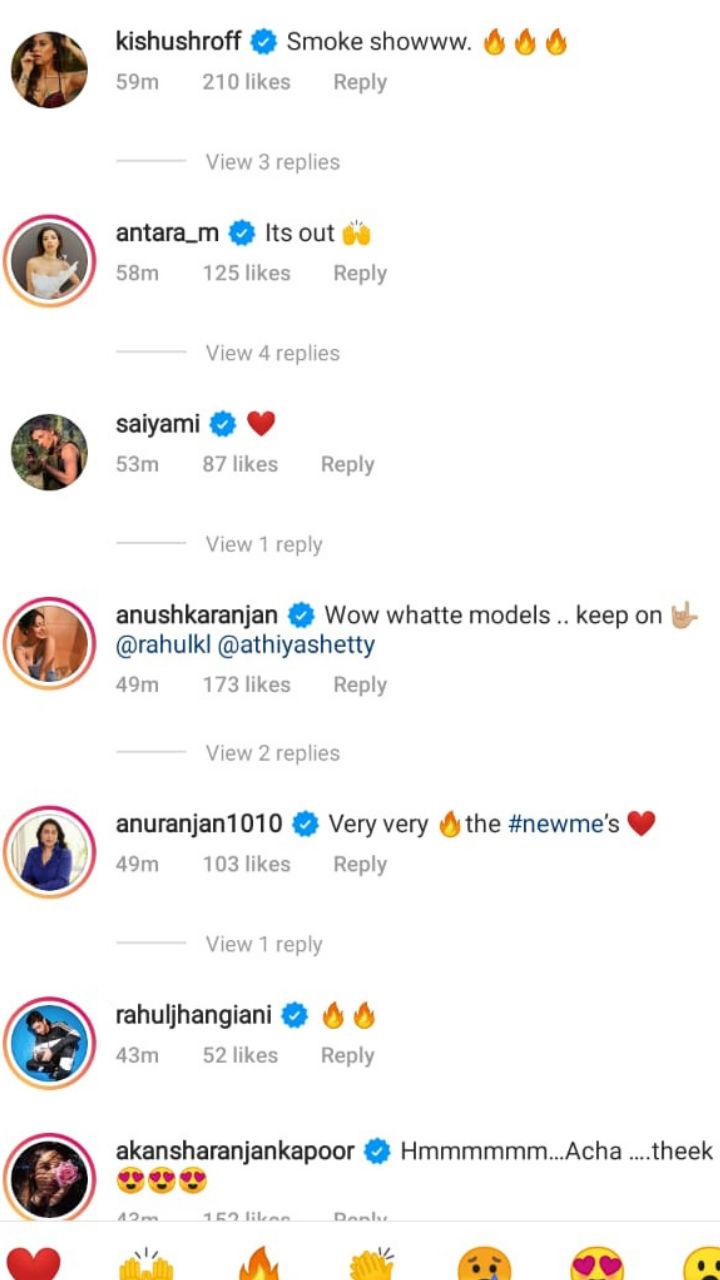 Check the BTS of their photoshoot:

We promised a New Me, we delivered much more!
We’re extremely excited to present @theathiyashetty & @klrahul11 as Global Ambassadors of NUMI Paris.
NUMIS purchased by you will guarantee support to L V Prasad Eye Institute.
Buy now: https://t.co/2z1mXc6loj pic.twitter.com/eNUkPmpeQu

It was earlier on Rahul’s birthday, Athiya posted two selfies and wrote, “grateful for you, happy birthday.”

In 2019, Athiya Shetty and KL Rahul became the talking point on social media after the cricketer wished on her birthday with a romantic selfie. Reportedly, Athiya might accompany Rahul to Southampton for the ongoing World Championship Test series.

On the work front, Athiya was last seen in Debamitra Biswal’s Motichoor Chaknachoor opposite Nawazuddin Siddiqui in 2019. She had made her debut in Bollywood with Hero in 2015, which was backed by Salman Khan.