Neena Gupta, who was last seen in one of the most successful films of 2018 Badhaai Ho, recently revealed that she is looking out for a platform to relaunch her 1990s’ cult TV show Saans. Also Read - Doctor G: Ayushmann Khurrana To Star in Campus-Comedy Film Directed By Anubhati Kashyap

Talking about the same, Neena told news agency IANS, “I want to re-launch ‘Saans’ and I am looking for a platform where we can carry it. Be it a digital medium or TV, I am fine with any platform”. She also revealed that the new show “won’t be same as ‘Saans’ and may be released with a different title”. Also Read - 'Stop Giving Gyaan': #BoycottTanishq Trends Again After Ad Advices People to Not Burst Crackers on Diwali

“It may be not ‘Saans 2’, but something like ‘Saans’ with the same actors. It will be based on the relationship between a couple,” said the National Award-winning actor. Also Read - Real-Life Bala? Mumbai Man Hides His Baldness to Get Married, Wife Registers Police Case 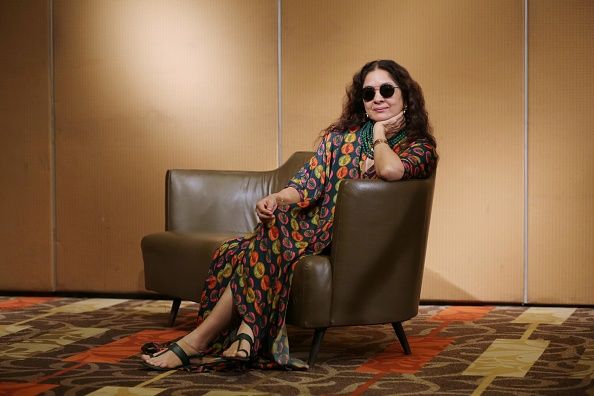 “For two years, we have been planning to re-launch the show and once we get a platform, we will immediately work on it. Also, I had earlier shot a pilot episode for a particular channel, but now depending upon who takes it, I have to shoot it again,” she added.

Saans was one of the iconic shows of the 1990s. It depicted the story of an independent Indian woman, who deals with her husband’s extramarital affair. Apart from starring in the show, Neena also directed it. The show also starred actors Kanwaljit Singh and Kavita Kapoor.

Neena started her career in the film industry with the 1982 film Gandhi. She also featured in films like Jaane Bhi Do Yaaro, Khalnayak, Mandi among many others. She has recently been applauded for her performance in Badhaai Ho which did wonders at the Box Office. The film also starred Ayushmann Khurrana,  Sanya Malhotra and Gajraj Rao in pivotal roles.

The story revolves around a family where a middle-aged married couple (played by Neena Gupta and Gajraj Rao) expect another child. It beautifully showcases how they deal with society. Ayushmann plays the role of the elder son of the couple while Sanya plays his love interest. The film also stars Surekha Sikri and Shardul Rana in pivotal roles.