Salman Khan and Katrina Kaif are currently busy with the shooting of their next film Bharat that will release in June. She has been sharing snippets from the sets of her film and keeps her fans updated. Recently, the actor shared a black and white picture of hers with curly hair.Also Read - Disha Patani Throws Flying Kicks in New Gym Video, Netizen Asks, 'Tiger Wala Churan Tum Bhi Kha Li'

Katrina, took to her Instagram to share a black and white picture of her face. With just simple tiny bindi, Katrina looked adorable as always. Along with the picture, she added a caption that says “Bharat” in Hindi. Also Read - Kabhi Eid Kabhi Diwali: Salman Khan Ghost Directing The Film After Director Farhad Samji's Bachchan Pandey Debacle 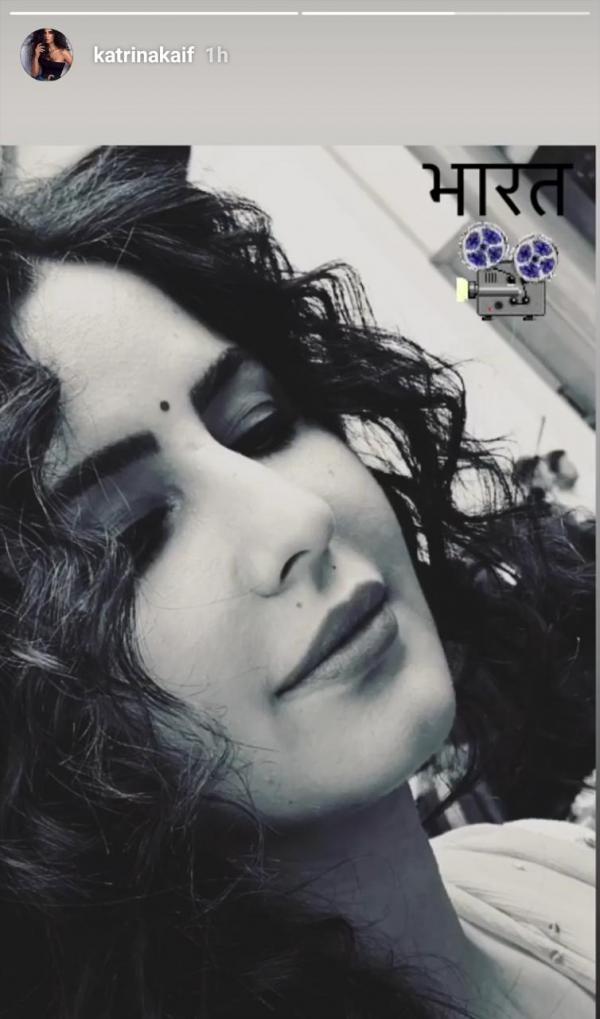 A few days back Katrina shared a video of hers where she can be seen flaunting her cricket skills. In the video, Katrina can be seen playing cricket like a boss with the crew members ahead of the World Cup. Not only this, but Katrina also requested Anushka Sharma to put in a word for her with husband Virat Kohli. Sharing the video on Instagram, she captioned it, “Pack up ke baad #bharat sets as the World Cup nears @anushkasharma perhaps u could put in a small word for me with the captain of the team some room for improvement in my swing, but over all not a bad all rounder #apnatimeaayega”. Also Read - Aayush Sharma Walks Out of Salman Khan’s Kabhi Eid Kabhi Diwali

Bharat, which is directed by Ali Abbas Zafar and jointly produced by Atul Agnihotri, Alvira Khan Agnihotri, Bhushan Kumar, Krishan Kumar, Nikhil Namit and Salman Khan, also stars Tabu, Sunil Grover and Disha Patani in pivotal roles. The film is an official remake of popular Korean film, titled Ode to My Father, and is slated to hit the screens on June 5, 2019.

The film was dragged into controversy just before it was set to begin its shoot. Actor Priyanka Chopra left Bharat just a few days before she was scheduled to start shooting for her scenes. This made the director look for an immediate replacement and Katrina came on board as the saviour.