Taking to their respective Instagram handle, Bipasha and Karan shared pictures featuring a heart-shaped cake smeared with strawberries. Feeding the same to each other, the duo is seen kissing affectionately. A candle, lit in a golden stand and a bouquet of lillies topped the mood of the day. While Karan captioned the pictures, “Happy Valentine’s Day to all! (sic)”, Bipasha’s caption read, “Happy Valentine’s Day to all Love today and everyday #monkeylove #happyvalentinesday (sic).” Also Read - Karan Singh Grover Raises Bar of Husband Goals, Turns Photographer For Bipasha Basu on Birthday 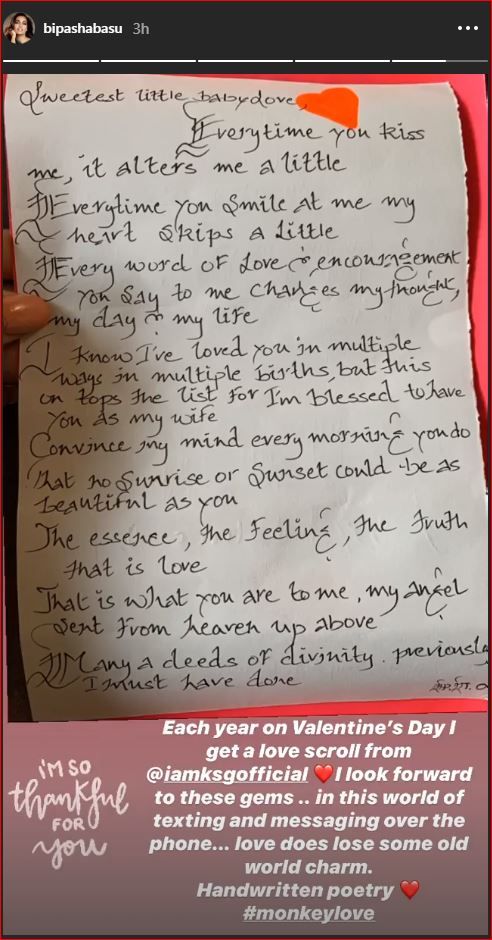