Alia Bhatt who will soon be seen in Ayan Mukerji’s Brahmastra with rumoured boyfriend Ranbir Kapoor has finally wrapped up the Mumbai schedule. The team started shooting in Mumbai soon after wrapping up their Bulgaria schedule. Alia has been constantly sharing pictures from the Brahmastra sets with her fans. Recently, the Raazi actor shared a picture with director Ayan and revealed that they have finally wrapped their Mumbai schedule. Also Read - It's a Girl For Anushka Sharma, Virat Kohli! From Alia Bhatt To Sania Mirza, Celebs Pour In Their Congratulations!

Alia took the picture to her Instagram handle and wrote,  “& that’s a schedule wrap  #brahmāstra.” Alia, Ranbir and Ayan share a great bond and are often seen together even post their work hours. In this picture shared by Alia, she can be seen clinging to Ayan as they smile for the camera. Also Read - Deepika Padukone Birthday Party Photos: Ananya Panday, Ishaan Khatter, Alia Bhatt, Ranbir Kapoor, Karan Johar, Others Attend Actor’s Bash 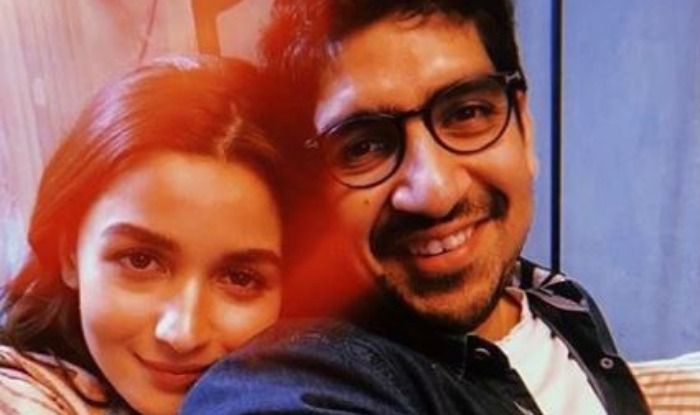 The film was earlier titled Dragon and was rumoured to be a remake of Hollywood’s hit superhero movie Deadpool. However, the film’s title was later changed to Brahmastra, a Sanskrit term for a weapon created by Lord Brahma.

In September, Alia and Ranbir were spotted rehearsing for the next schedule of the fantasy drama after wrapping the Bulgaria schedule of the film. In November, the actors were in Mumbai’s Bhendi Bazaar area late at night. Both were seen in harness and seemed like they were gearing up for an action sequence.

The film was earlier scheduled for August 15, 2019, and now has been pushed to December 2019. Karan Johar recently announced on Twitter,“PART 1!!!! #BRAHMASTRA #CHRISTMAS2019 @DharmaMovies written and directed by AYAN MUKERJI”. The film will be clashing with Salman Khan’s Kick 2.

Earlier, while talking about the movie, Alia told IANS, “We all are very excited for the film…I think Brahmastra is a step ahead. It will take cinema to another level so, I am very excited for the next year.” Directed by Ayan Mukerji and produced by Karan Johar, Brahmastra is one of the most expensive films from Dharma Productions with an estimated budget of around Rs 250 crore.