Deepika and Ranveer will be hosting two more parties on November 28 and December 1.

The party is not over yet for newlywed couple Deepika Padukone and Ranveer Singh as there are more parties coming up for the two. DeepVeer, as their fans affectionately call them, were hosted by Ranveer’s sister Ritika Bhavnani for dinner, and it was not only a surprise but special too. From pictures that have emerged, it looks like it was a fun evening.Also Read - Mumbai Police Takes Reference From Ranveer Singh's 83 To Remind Citizens of Covid Norms

Deepika and Ranveer had tied the knot at a resort in Italy’s Lake Como on November 14 and 15, and the two headed home after the marriage to host a party in Bengaluru. The couple, who are back in Mumbai, were hosted by Ritika at the Grand Hyatt. There was an elaborate preparation with pictures of the two and chocolate boxes with their names on them. Also Read - Alia Bhatt, Ranveer Singh, Kiara Advani, Nora Fatehi And More Set The Stage On Fire At a Delhi Wedding | Watch 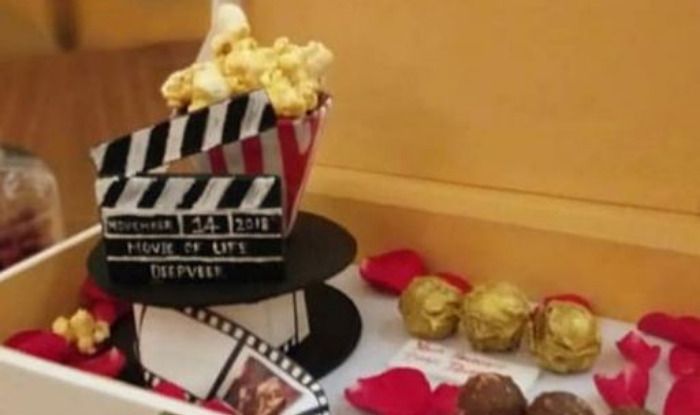 Apart from the personalised dessert and box of chocolates with a clap board reading “November 14, 2018, Movie of Life, DeepVeer”, there was also a mat with a picture of the two on it. Ritika had sent out invites to the party to raise a toast and celebrate Ranveer and Deepika. Also Read - 83' is 'Here to Win' - Trailer of Kabir Khan's Most Anticipated Film Starring Ranveer Singh is Out 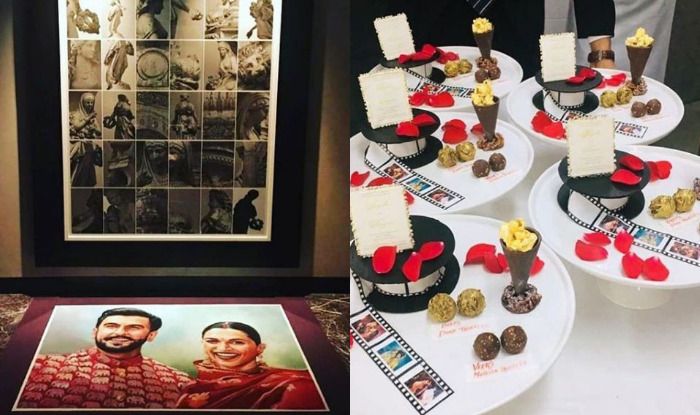 Ranveer also gave a speech at the party, saying how lucky he was to be marrying the most beautiful girl in the world. Check out the video.

But it seems that it’s not all fun and parties for Ranveer, as he is said to have already resumed work for his upcoming movie Simmba. The movie will also star Sara Ali Khan, and its trailer is set to be released on December 3.