Newlyweds Deepika Padukone and Ranveer Singh, who tied the knot in Italy have recently attended the wedding ceremony of Isha Ambani and Anand Piramal at Antilla. The couple has been into the spotlight since the time they have reached India after their lavish wedding. During the wedding ceremony at Ambanis, the duo was clicked but what became the talk of the town was Deepika’s tattoo. Yes, remember RK tattoo at the back of Deepika’s neck? Well, the tattoo which was reported that have been removed, reappears again on her neck. Also Read - Ranveer Singh's Diamond-Studded Wrist Watch is Super Stunning And Super Expensive - Guess The Price

This time the tattoo that has reappeared is little patchy and it looks like the Padmavat actress has tried to hide it once more with makeup. Also Read - Deepika Padukone – Levis Advertisement Controversy: What It Is All About?

Earlier, there were speculations that she must have covered the tattoo with makeup but the news spread that she has apparently removed the tattoo following her marriage with Ranveer Singh. However, it looks like the speculations were absolutely right. Also Read - Deepika Padukone’s Rs 12,500 Oversized Shirt Deserves a Place in Your Closet| See Viral Photos

On a related note, the gorgeous lady has opted for ivory saree teamed up with a red blouse with gold embroidery. She has accessorised her looks with beautiful chandbalis and chooda. Her hair was neatly pulled into a bun.

Earlier Deepika has opened about her tattoo on Koffee With Karan. She said that she had no plans of taking it off. She further said that it is something that she felt was correct and even today she doesn’t regret it. 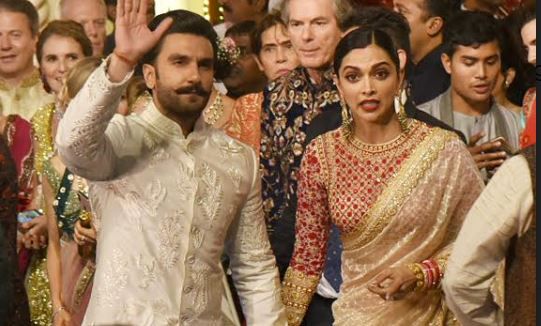 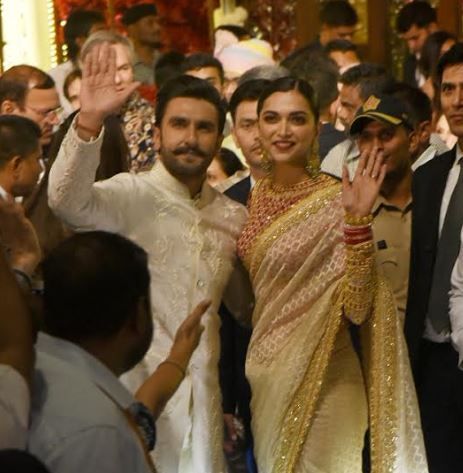 Deepika and Ranveer returned to Mumbai on November 18 after their wedding in Italy. Dressed in Sabyasachi attires, the couple looked wonderful. Ranveer played a doting husband as he was seen saving his wife from the crowd.