Veteran actors Dharmendra and Hema Malini‘s younger daughter Ahana Deol became a proud mother to twin girls on Thursday. She took to Instagram on Friday to share the happy news and revealed that she has given birth to twin daughters and has named them Astraia and Adea Vohra. Ahana is married to Delhi-based businessman Vaibhav Vohra and the couple has a son named Darian Vohra.

Ahana made a beautiful post on Instagram announcing the birth of her daughters. It read, “We are blessed to announce the arrival of our twin girls, Astraia and Adea Vohra. Born on – 26 November 2020. Proud parents Ahana and Vaibhav Vohra. Excited Brother Darian Vohra. Overjoyed grandparents Pushpa and Vipin Vohra, Hema Malini and Dharmendra Deol.” 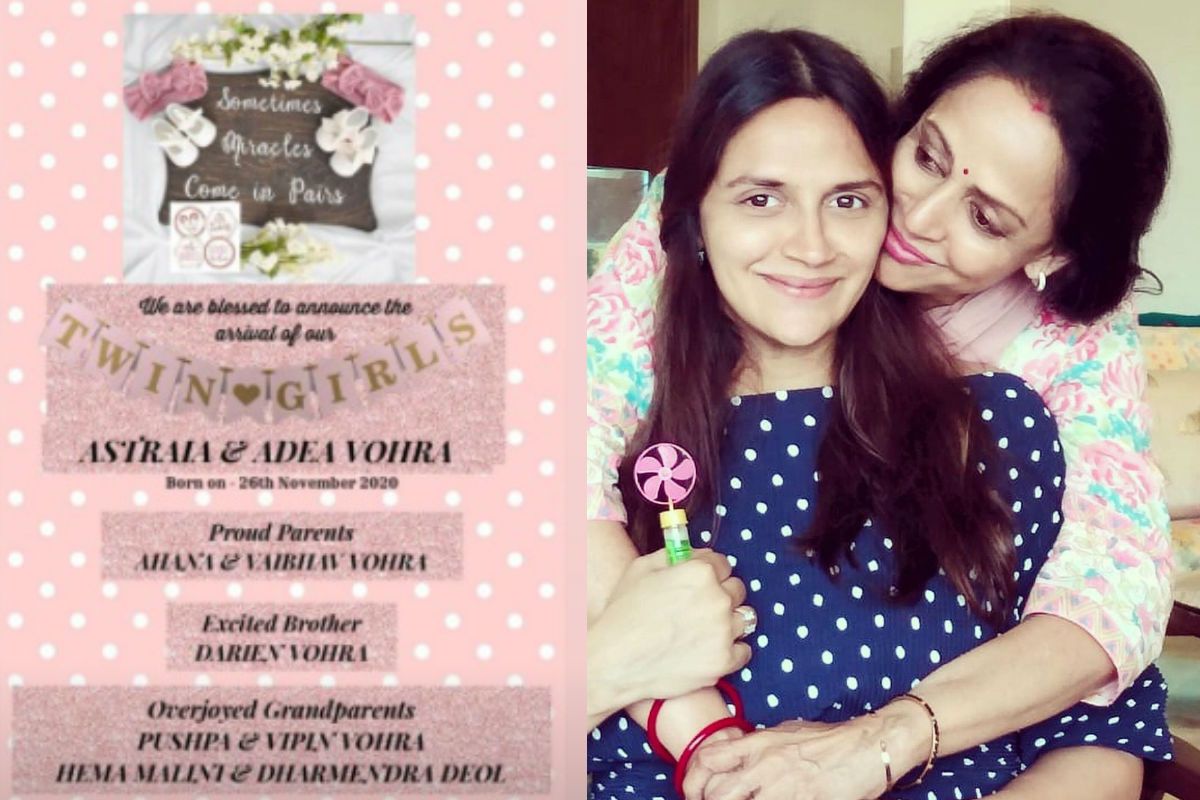 Unlike her elder sister Esha Deol, Ahana stays away from the media and has never been into the acting business except for one time when she had assisted filmmaker Sanjay Leela Bhansali in the 2009 film Guzaarish. She married Vaibhav in 2014.

Last year in June, Esha gave birth to her second daughter Miraya and the couple was overjoyed to welcome a new member into the family. Esha and her husband Bharat Takhtani are proud parents to two daughters – Radhya and Miraya.

Our best wishes to the entire family!