Angrezi Medium director Homi Adajania's 'muse' Dimple Kapadia abuses him in THIS manner during the shoot in London, Twinkle Khanna comments in defence

The team of Hindi Medium‘s sequel Angrezi Medium, starring actors Irrfan Khan, Kareena Kapoor Khan, Dimple Kapadia, Pankaj Tripathi, Deepak Dobriyal and Radhika Madan is in London for the second shooting schedule. While the fans have been waiting on the edge for latest updates from the sets, director Homi Adajania revealed how the stellar actor Dimple abused him during the London schedule.Also Read - Kareena Kapoor Khan Shares Throwback Childhood Photo From a Christmas Party In 80s | See Picture

Taking to his Instagram handle, Homi shared a proof of his accusation and captioned it, “When the muse decides to abuse #dimplekapadia #angrezimedium #mrskohli #shootlife #londonsched @twinklerkhanna help! @harjeetsphotography” (sic). In reply to his cry of help, Twinkle second her mother’s act and commented, “You love being tortured – at least she isn’t making you push heavy pieces of furniture around” (sic). Also Read - Karan Johar's Dream Project Takht Shelved Due To 'Controversial Mughal History'? 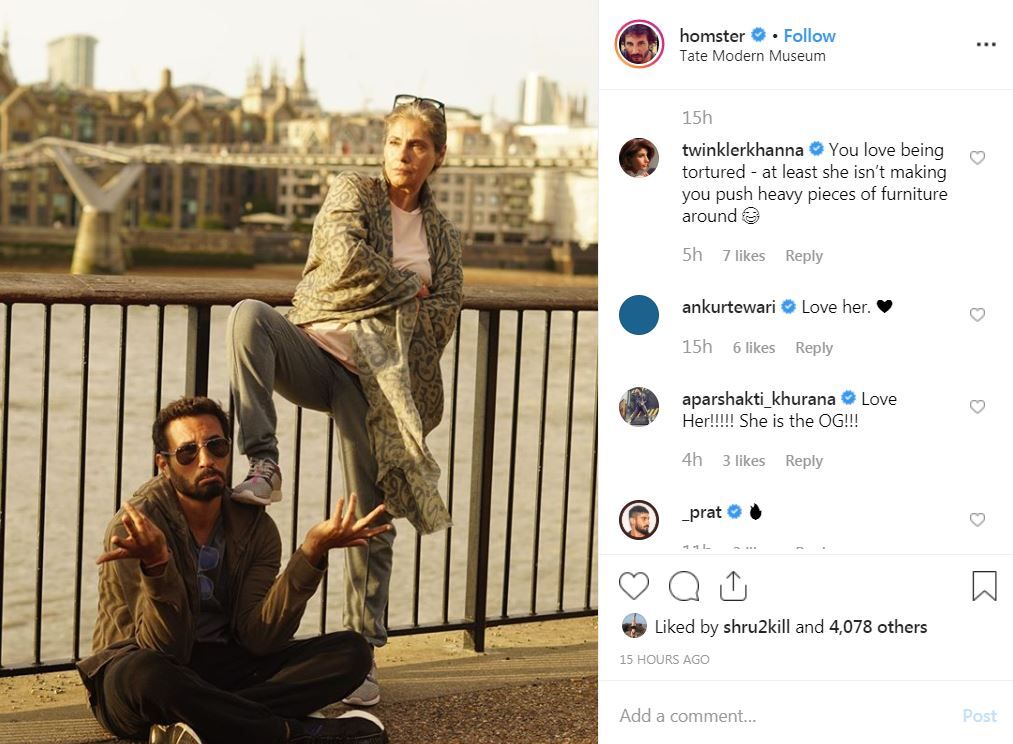 Director Homi Adajania has lately been sharing hilarious pictures from the sets of his film Angrezi Medium. Earlier, he shared one where Irfaan and the cinematographer of the film are busy playing cricket while Homi waits for them to resume shooting. In the photo shared, Irfaan can be seen batting while the cinematographer turns wicket-keeper.

Hindi Medium, that emerged as a Box Office hit and was both critically and commercially successful, was the story of a couple’s struggle to get their daughter admitted in a fancy school. The sequel was being shot in Rajasthan and after the cast and crew wrapped up their Rajasthan schedule, the team headed to London where Kareena joined them. An honest Kareena had confessed in an interview earlier about watching the film for the first time after accepting the offer of working in the Homi Adajania-directorial.

The movie is bankrolled by Dinesh Vijan.