Drishyam 2: Mohanlal Starrer To Have Hindi Remake, Makers Acquire Rights For The Film

Producer Kumar Mangat Pathak of Panorama Studio International on Tuesday confirmed that he has bought the Hindi remake rights of the Malayalam hit film, Drishyam 2: The Resumption.

Talking about the acquisition of Drishyam 2, Antony Perumbavoor, producer of the original Malayalam hit shares, “We are happy that Panorama Studios International has acquired the rights for Drishyam 2 and I am certain the Production house will justify the film.” Also Read - Jai Bhim at Oscars 2022: Suriya's Film Qualifies For Nomination, Mohanlal's Marakkar Arabikadalinte Simham Joins The List

Jeethu Joseph, director of the original Malayalam Drishyam 2, commented, “The story of Drishyam 2 resonated with people and I am so glad that Panorama Studios will make it reach a wider audience with the Hindi remake. I am looking forward to it.” Also Read - 4 Reasons to Watch Mohanlal's Marakkar: Lion of The Arabian Sea on Amazon Prime Video 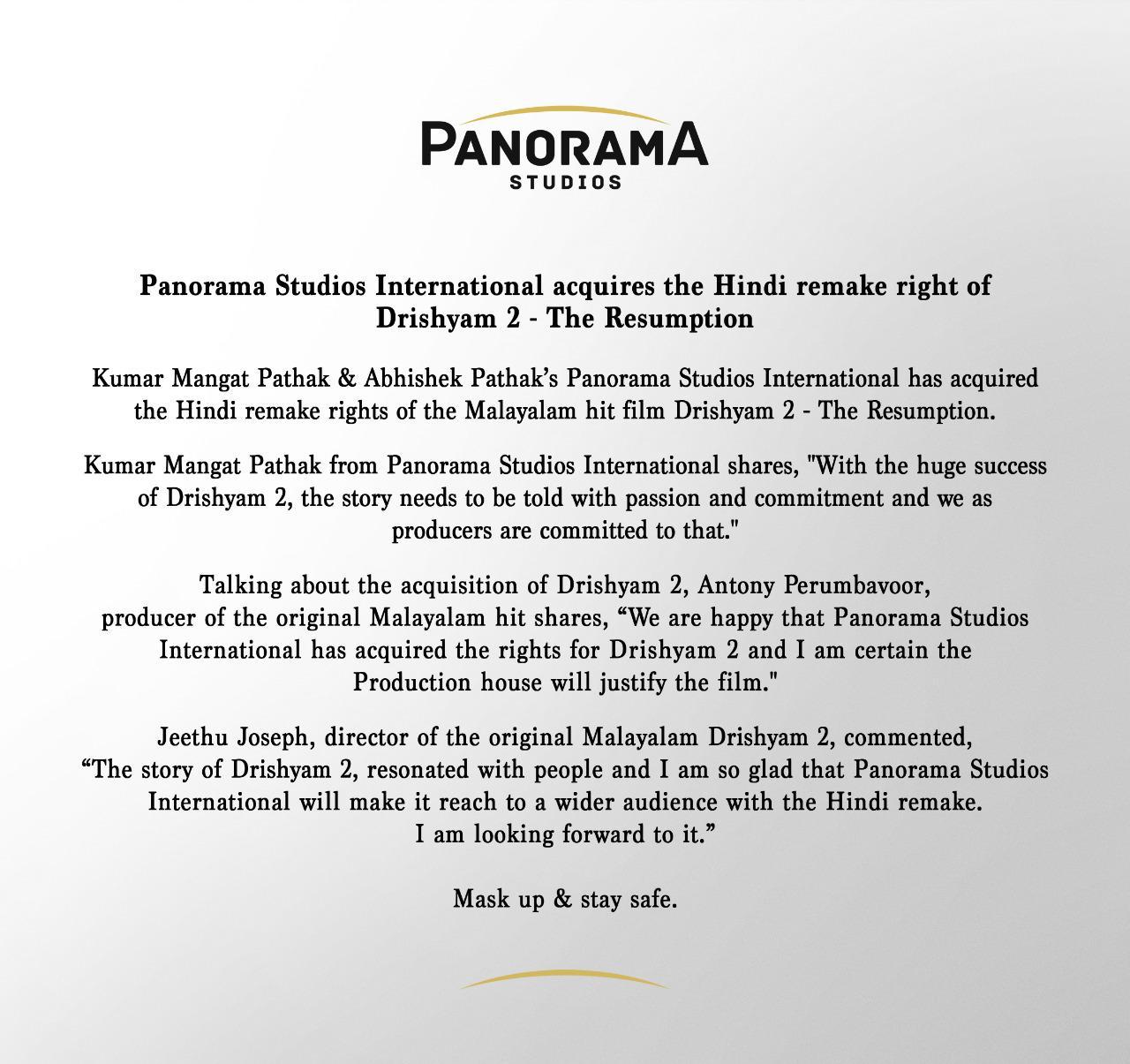 It is not clear if Jeethu Joseph will also step in to direct the film. The Panorama Studios have not yet confirmed the director and the star cast of the project. However, earlier a source confirmed that the film will be remade in Hindi starring actors Ajay Devgn and Tabu in the lead roles with the same name. A source close to the development revealed to E Times, “Ajay and Tabu have agreed in principle to play the leads. The balanced cast however is yet to be decided. The paperwork of buying the rights from the original’s producer is almost done”.

The shooting locales and budget are being worked on. The makers are yet to decide if Viacom 18, who co-produced the first film with Kumar Mangat, will remain associated with the second installment.

The film is set six years after the events of the first film. It follows the struggle of the Georgekutty family, which has now become the subject of gossip and ridicule in the village.