Sonam Kapoor is all set to release her film Ek Ladki Ko Dekha To Aisa Laga where she will be seen for the very first time with her father Anil Kapoor. Ahead of the release of her film, Sonam hosted a special screening for Akshay Kumar and his wife Twinkle Khanna. Along with them was also present Sonam’s husband Anand Ahuja.Also Read - Bhool Bhulaiyaa 2 Box Office Collection: Kartik-Kiara's Horror Comedy Crosses Rs 100 Crore Worldwide on Day 6

Sonam, Akshay, Twinkle and Anand posed for the paparazzi in their beautiful outfits. Sonam donned a light-blue floral gown. With subtle makeup, hair tied in a bun and long earrings, Sonam looked lovely as she posed for the shutterbugs. Anand, on the other hand, kept it casual in a white t-shirt, blue joggers, and a crushed denim jacket. He teamed it with a pair of peach sneakers. Also Read - Jug Jugg Jeeyo: Karan Johar Lands in Legal Trouble After Pakistani Singer Accuses Him of Plagiarism - Check Tweet!

Akshay and Twinkle looked lovely as well. Twinkle donned a white top with blue floral prints. She teamed it with a pair of orange trousers. Aksay, on the other hand, kept it cool in a pair of camouflage shorts and a pink sweatshirt. Also Read - Makhmali Teaser: Akshay Kumar, Manushi Chillar Starrer Prithiviraj’s Soulful Romantic Track Captures The Purity of Love 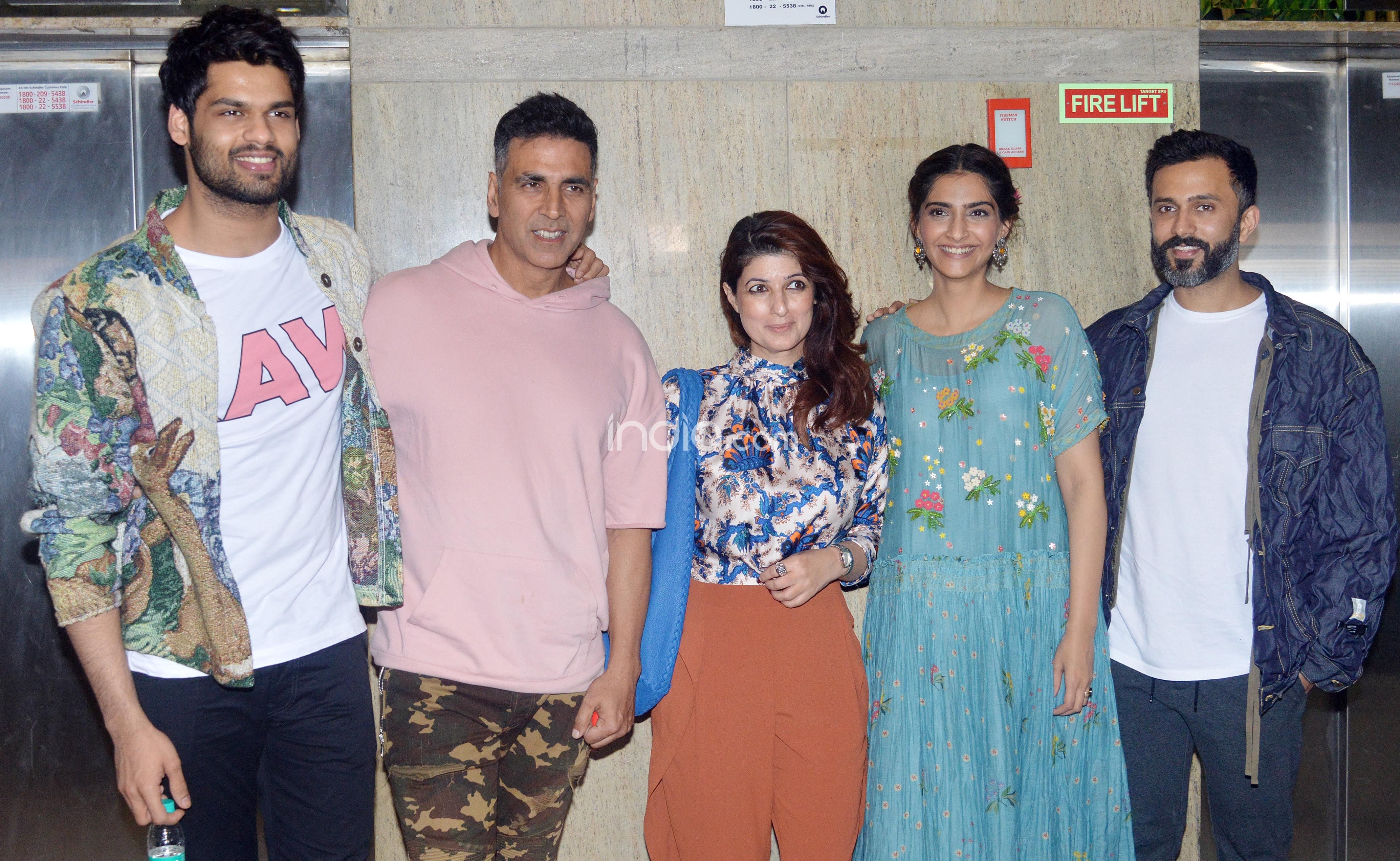 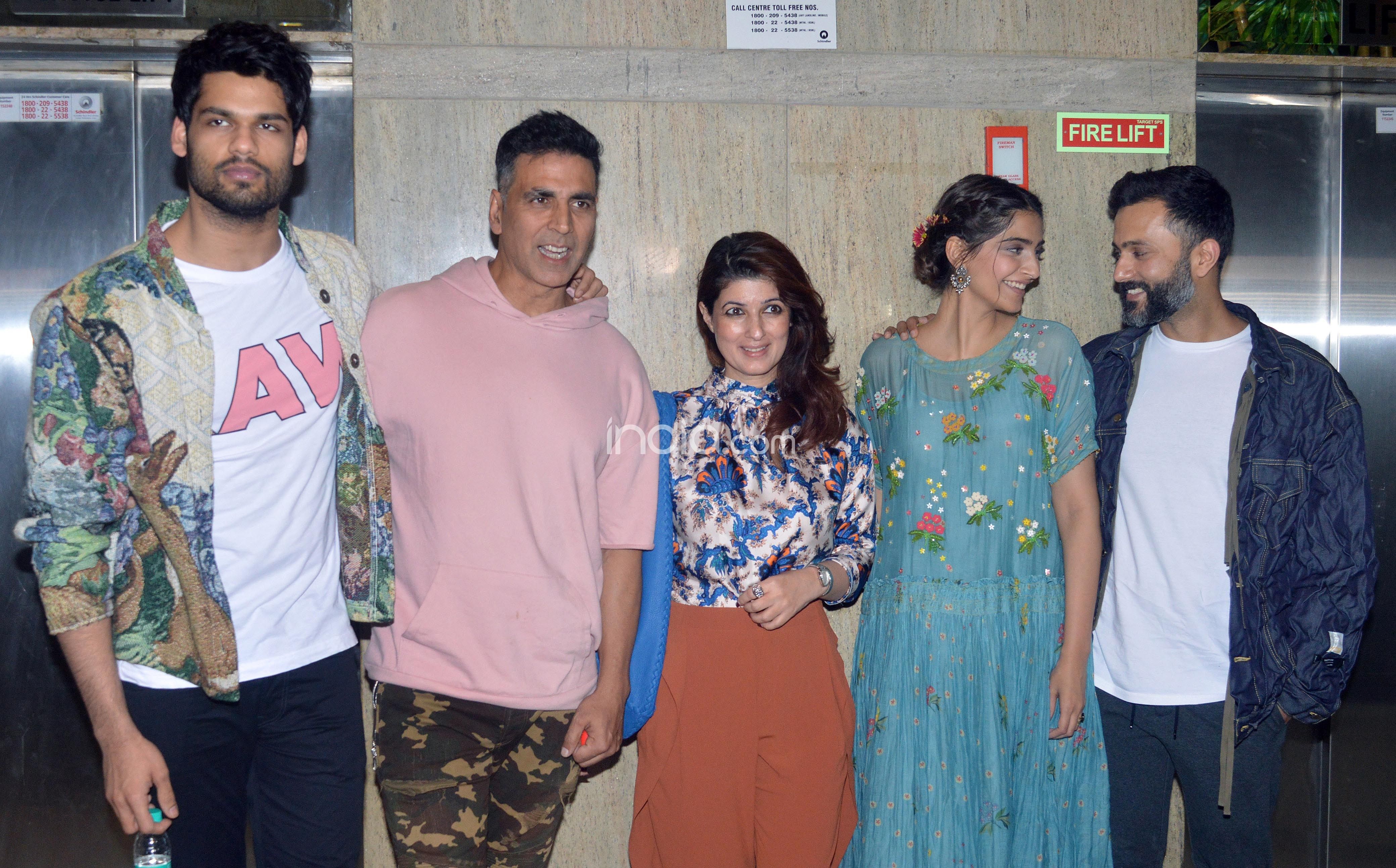 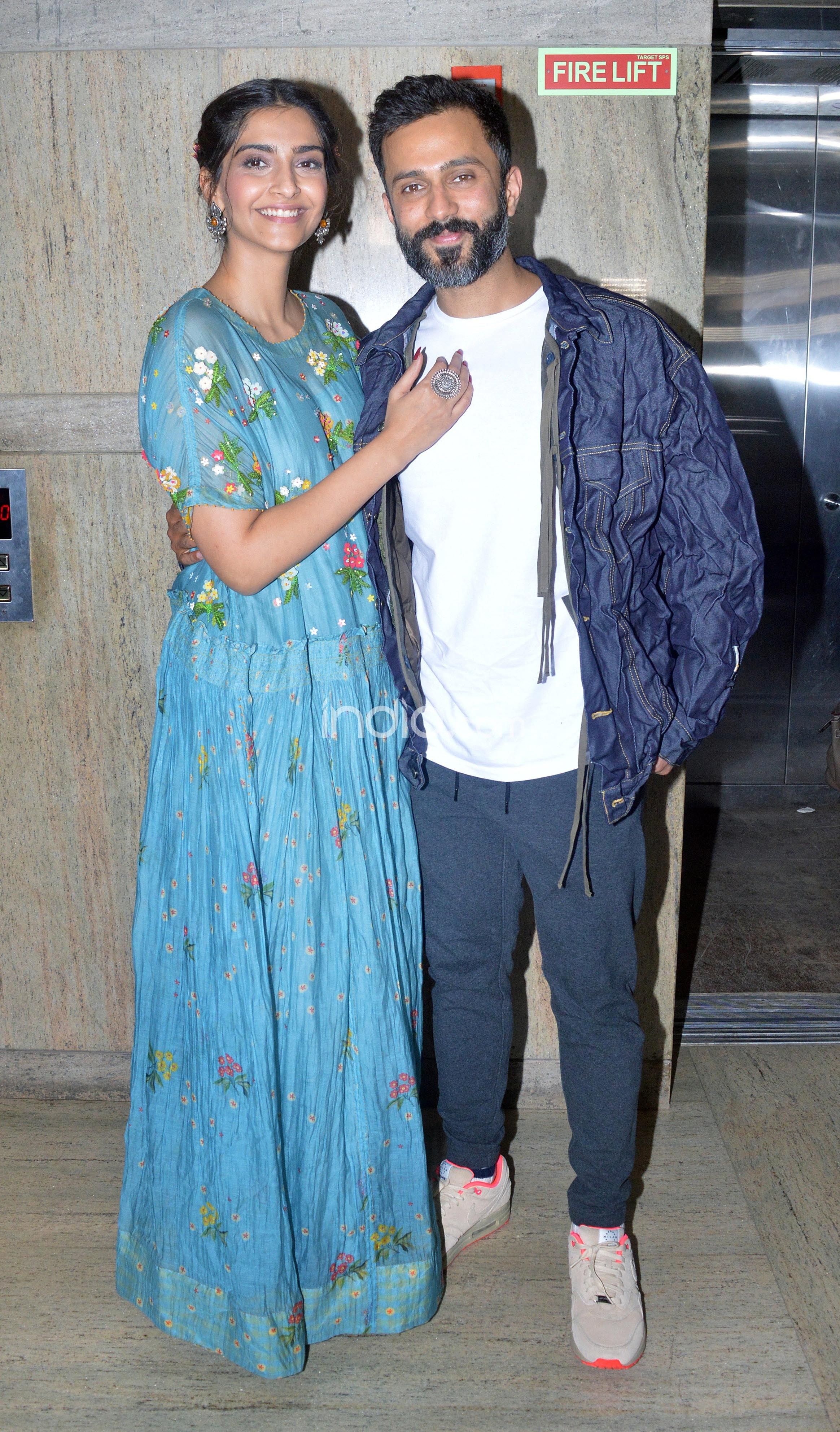 Earlier, Sonam talked about same-sex relationship and said that the Indian audience is not as regressive as most people think. She said, “We are not hiding anything, everything is out there for everybody to see. But once we start labelling things and labelling situations then it becomes an issue. Being gay is a non-issue, it’s absolutely natural and normal.”

“Why should I reveal the plot of any film? We are not hiding anything, everybody can see what is in the trailer. I am just saying why we should label anything. It is a lesson that is being told that there is no difference between any love in this world,” the Neerja actor added.

In Ek Ladki Ko Dekha To Aisa Laga, Sonam is seen playing the role of a woman who falls in love with another woman. However, she has to deal with society’s unworthy questions about her relationship. South-star Regina Cassandra is seen playing Sonam’s love interest in the film. The film also features Rajkummar Rao, Juhi Chawla and Sonam’s father Anil Kapoor in important roles. Directed by debutant Shelly Chopra Dhar, the film is slated to release on February 1, 2019.