Farhan Akhtar posts a lovly picture with Shibani Dandekar and tells her he loves her a lot.

Actor Farhan Akhtar has finally declared his love for actress Shibani Dandekar. The two were rumoured to be dating each other for a while now. In his latest Instagram post, Farhan has tagged Shibani saying that he loves her a lot. Farhan posted a loved-up picture of him holding Shibani inside a pool. He captioned it with a beautiful message, “As long as I have you As long as you are I’ll never be lost Shine on beautiful star @shibanidandekar love you loads” (sic) Also Read - 'Breathe With Me'! Farhan Khan, Shibani Dandekar's Loved-Up Underwater Pictures Are Full of Romance

Also Read - Javed Akhtar on if He Finds His Children Smoking Marijuana: I Would Tell Them Not To Do It, It's Not Right
View this post on Instagram
Also Read - MI vs CSK Dream11: Farhan Akhtar to Promote 'Toofan' During Opener

Farhan and Shibani have been making many public appearances together. The duo also celebrated the actor’s birthday recently along with some other close friends. The photos of Shibani arriving alone but taking Farhan back in her car went viral on the internet. 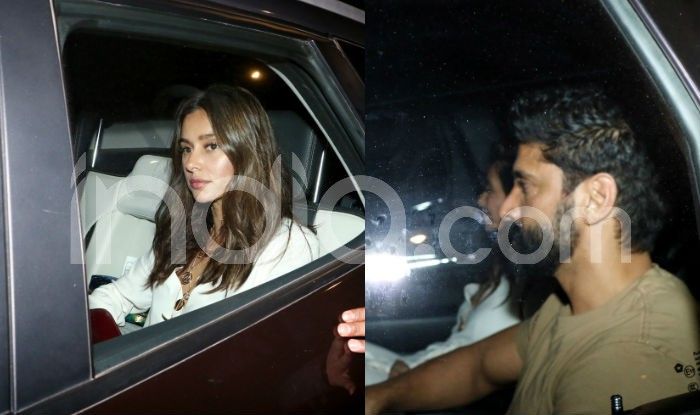 Neither Farhan nor Shibani had talked about their equation with each other in the media. Earlier while talking to Mid-Day, Shibani revealed she does not care about what people think and said, “I don’t need to make an announcement about who I’m dating. It’s up to me to decide when and what I want to share about my personal life and it is up to the audience to decide how they look at it. How much information I want to put out in the public domain is my prerogative”

We are public figures, so people are entitled to say what they want to. But I don’t care about their opinion. I’m aware of who I am and I’m comfortable with who I choose to date”, she added.

On the professional front, Farhan is currently occupied with the work of his upcoming film, The Sky is Pink. The move also features Zaira Wasim and Priyanka Chopra in pivotal roles. The filmmaker is also rumoured to be soon making an announcement about Don 3, his much-awaited film.