Gajraj Rao says that there was a time when after the era of Hrishikesh Mukherjee's and Basu Chatterjee's films, the cinema only kept the 'hero' in focus, and that was the 'dark age' of Hindi cinema. | Exclusive Interview

It must have felt like a magic wand changing his world overnight when actor Gajraj Rao found incredible success with his movie Badhaai Ho. While the film featured Ayushmann Khurrana and Sanya Malhotra in the lead, it was his performance along with his female counterpart, Neena Gupta, that stole the show. The film suddenly established Rao as an indomitable force. He became the apple of everyone’s eye and the audience could finally associate a name to the face they had liked on-screen so many times but didn’t really know about. Also Read - Vidya Balan: I am a Feminist Work-in-Progress | Exclusive Interview

As Gajraj Rao now gears up for another film – Lootcase, a comedy-drama, also starring Kunal Kemmu and Rasika Dugal, he talks to india.com about his idea of success, his dream role, the difference between a ‘character artiste’ and a ‘lead actor’, and just what keeps him going. The film is currently streaming on Disney+Hotstar. Excerpts: Also Read - A Muslim Homosexual Character in a Popular Series: Meet Vikas Kumar, Aarya's ACP Khan Who's Breaking The Stereotype | Interview

1. You are playing the role of c corrupt politician in Lootcase. Where are the good politicians on-screen? Do you think that the film industry has stereotyped politicians?
I feel that for any character it is important that it is truthful to the story’s universe first and has a well-defined purpose in it. Understanding that stereotypes have been a big issue in the representation of different groups in the media, we must bear in mind that the films are a product of their times and the kind of public sentiment that exists. Hence, in my opinion, I don’t feel that it’s a deliberate attempt to show such political characters in a negative light, but it may be possible that since such characters and stories involving them have resonated with the audience, they have now turned into a stereotype. Also Read - Chandrachur Singh 2.0: Aarya Brings Back The Gem Industry Lost a Few Years Ago | Interview 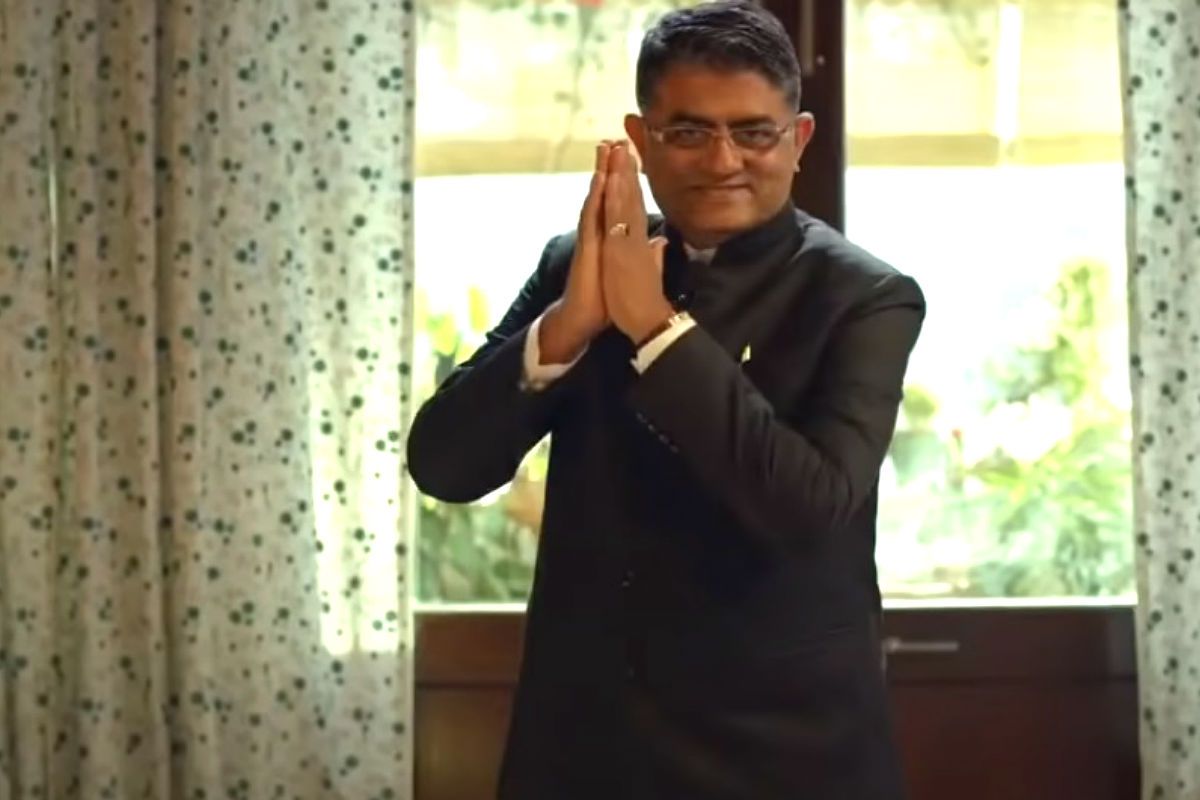 2. Are you also trying to talk about a socially-relevant subject through Lootcase or is it just out-and-out a commercial comedy film?
It might be unfair to put the onus of social responsibility on cinema, that every film must have a well-defined social message. More often the ‘social message’ in a film turns into a gimmick and mere lip-service, and I feel that it’s not wrong for a film to just be an entertainer for the whole family especially in these difficult times. However, on a larger moral level, ‘Lootcase’ is a fable-like caper about the Indian middle class’ desires talking about human greed and the destruction that it causes.

3. You have been working in the industry for over 20 years now, do you think that the industry has changed for supporting actors or character actors?

Character artistes have always been the focal point of Indian cinema. They always found importance in the universe of their films, be in the works of Basu Chatterjee and Hrishikesh Mukherjee, or for that matter even in the films of Guru Dutt and Raj Kapoor. Even when the so-called ‘formula films’ were being made in the 70s and 80s, while the spotlight always remained on the hero or the heroine, the character actors too had substantial gravitas to their roles. Gradually as the films in the later decades shifted their focus solely on the hero, these artists ended up being confined to just two-bit roles. You could consider this period to be the ‘Dark Ages’ for actors in Indian cinema. But now, things are changing and we have filmmakers and writers creating content where all kinds of actors are finding good roles. In fact, the stories are being written centred around them. Probably, the rise of OTT platforms has had a huge role in boosting this change, which has benefitted not just actors but also the technicians who have good projects coming their way. In my opinion, this is the golden period of cinema in India.

4. Why is there even a difference between a lead actor and a supporting actor? Why can’t all be just ‘actors’?
We are fortunate to be presenting our craft to the audience in these times where the labels for an actor don’t matter for them. In the past few years, the film and webspace has become much more democratic and the viewers are being exposed to different kinds of content. So to answer your question, I feel that these labels such as a ‘character actor’ are becoming redundant now and it is indeed a compliment for me if the audience remembers me through the characters I play, which means that they were able to connect with the performance and have rewarded it in their hearts.

5. Now that you have given so many years of your life to cinema, is there any role, any film that you sincerely wish to do?
I have been fortunate to have worked with the best of talent across various schools of filmmaking and theatre which not only made my craft better but also molded my personality in a much better manner. I am extremely thankful for the parts that I’ve had the opportunity to play, and I always want to keep pushing myself into newer roles and challenges for my craft, be it with new filmmakers or fresh and interesting characters. I want to work with fresh new voices that are emerging in cinema, and not just in the Hindi film industry but in the regional languages as well, such as in Malayalam, Bengali, Marathi and so on. Among my dream roles, I would love to play Dr Babasaheb Ambedkar someday. I am very inspired by his life and work. 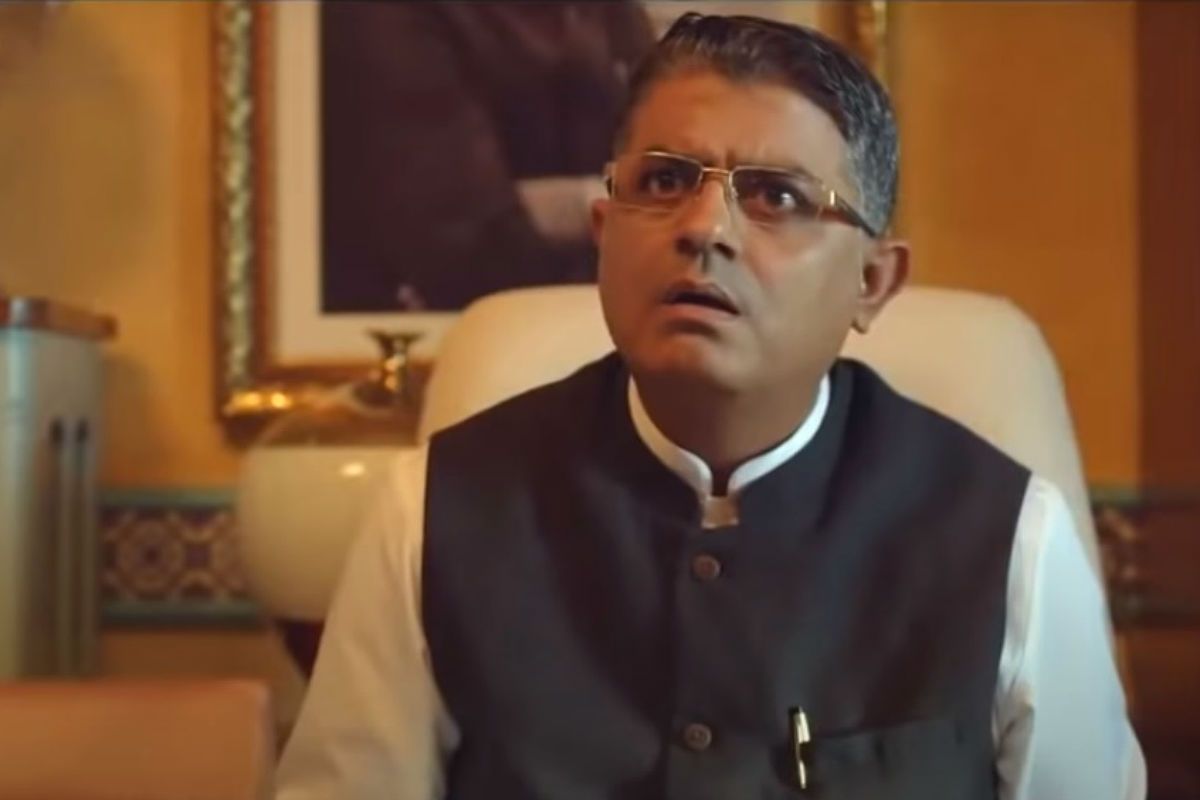 6. You always say that you feel so grateful to see people finally recognising you by name and your films. Who deserves the final credit for your achievements today?

For any actor, the audience is their biggest source of inspiration that pushes you to work harder. If your performance has that spark, people will definitely notice and remember you. It doesn’t matter how long it has taken, what matters is the recognition from the audience for my work, and the effort that has gone into it. The love and appreciation I got for Badhaai Ho (2018) were almost surreal, but if I do not keep improving upon my craft and churn out better performances, I’m bound to be forgotten. I won’t have any reasons to complain about either. I have to root my feet in the ground and keep toiling everyday so that my craft becomes better, and there are no two ways about it. Sincerity will always shine through as your own spotlight if keep working hard. Tareefon se ghar nahin chalta, mehnat se chalta hai (Appreciation doesn’t pay your bills, hardwork does).

Nothing is permanent in life and neither is a success. Success is fickle like a candle that could be blown out with a whiff of a wind. It will ultimately mellow and fade away and I don’t take success at face value. It is good as long as it lasts, and hence it’s best to enjoy that phase and not let it get to your head while it lasts.