Deepika Padukone, the GQ cover girl for the month of December revealed how her pack of friends had flown down to Orlando for a week in August, before she got hitched to actor Ranveer Singh in November this year.

Spilling beans on her kickass bachelorette party, Deepika Padukone recently revealed in an interview with GQ magazine about the daring party in Orlando which was high on adrenaline. The GQ cover girl for the month of December revealed how her pack of friends had flown down to Orlando for a week in August, before she got hitched to actor Ranveer Singh in November this year. Also Read - Deepika Padukone Ranveer Singh's Wedding Reception: MS Dhoni, Amitabh Bachchan And Sunil Chhetri Meet Each-other | SEE PICS 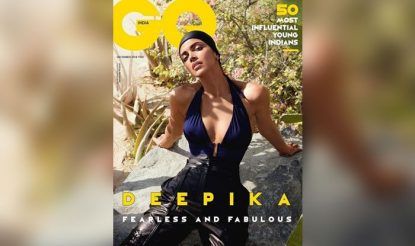 This reminds of a video that had surfaced of Ranveer and Deepika walking hand-in-hand in Orlando where a fan was caught being yelled at by Deepika. Now we know it was from her August bachelorette party. Never in a mood for the ordinary, the Padmavat actress was enjoying thrilling amusement rides in Disneyland with her girl gang when Ranveer Singh crashed her party. Also Read - Sachin Tendulkar, Kapil Dev, Mahesh Bhupathi Spotted at Deepika Padukone, Ranveer Singh's Wedding Reception | WATCH 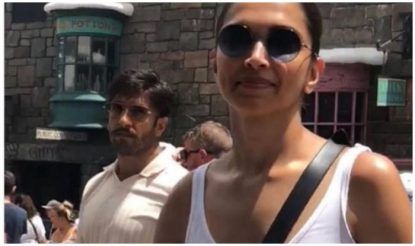 “The bachelors crashed my bachelorette! Eventually, it became one big party with all our friends. We were in Orlando for a week and the aim was to get on the scariest roller coasters, to feel that rush of adrenaline, like you’re flying. We went on the Hollywood Rip Ride Rockit, which Ellen DeGeneres posted about a while back. And the VR Avatar rides, for which we had to stand in line for two-and-a-half to three hours, were phenomenal” shared the Yeh Jawani Hai Deewani star, in the interview. Also Read - Simmba: Ranveer Singh Shares an Emotional Video For Rohit Shetty, Trailer to Release on December 3

Me on every rollercoaster ever

For the uninitiated, the 3,800 feet long Hollywood Rip Ride Rock is the largest X-Coaster built by Maurer Sohne. At a height of 167 km, this beast of a ride moves with a speed of close to 110kmph. As for the Avatar rides, they give you the feeling of riding on a banshee, given its 3D effects and is hands down one of the best experiences in the world.

Looking forward to go honeymoon-ing with her husband Ranveer after his film Simmba releases on December 28 this year,  Deepika opened up about her equation with him. Calling him extremely emotional and vulnerable, she pointed out that he is very intelligent yet childlike at times. Highlighting his quiet side, she said that he is a real people’s person too.