Katrina Kaif shares a poster of Ranveer and Alia's Gully Boy with a caption that read, "AWESOME TRAILER"

Alia Bhatt and Ranveer Singh are all set to release their next film Gully Boy this Valentines Day and the actors are leaving no stones unturned in promoting their film. The trailer of Gully Boy was released yesterday and seems like Alia’s close friend Katrina Kaif is pretty impressed with it. Also Read - Need Some Fitness Motivation? These 5 Bollywood Celebrities Will Inspire You to Hit the Gym Right Away

Katrina took to her Instagram story to share a poster of the film featuring Alia and Ranveer and captioned it, “AWESOME TRAILER.” She even tagged the two actors and director of the film, Zoya Akhtar. A while later, Alia took a screenshot of Katrina’s story and captioned it, “Wohoo thank you katty” along with a few fun emojis. Also Read - #BoycottErosNow Trends Online as Twitterati Express Outrage Over Navratri Post; Company Issues Apology

Check out their stories here: 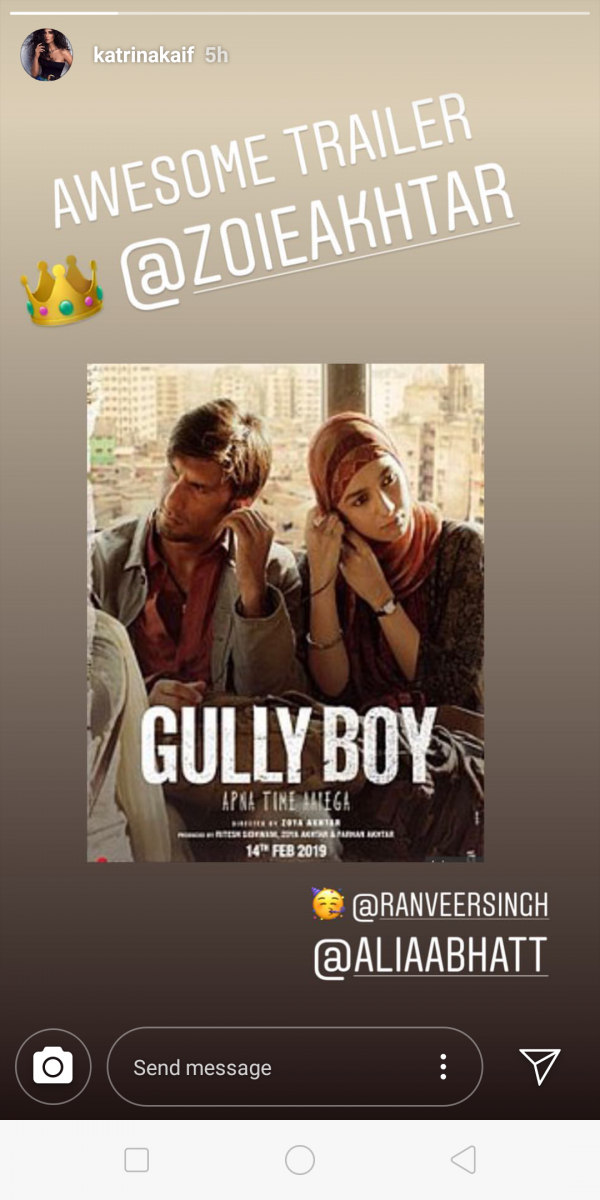 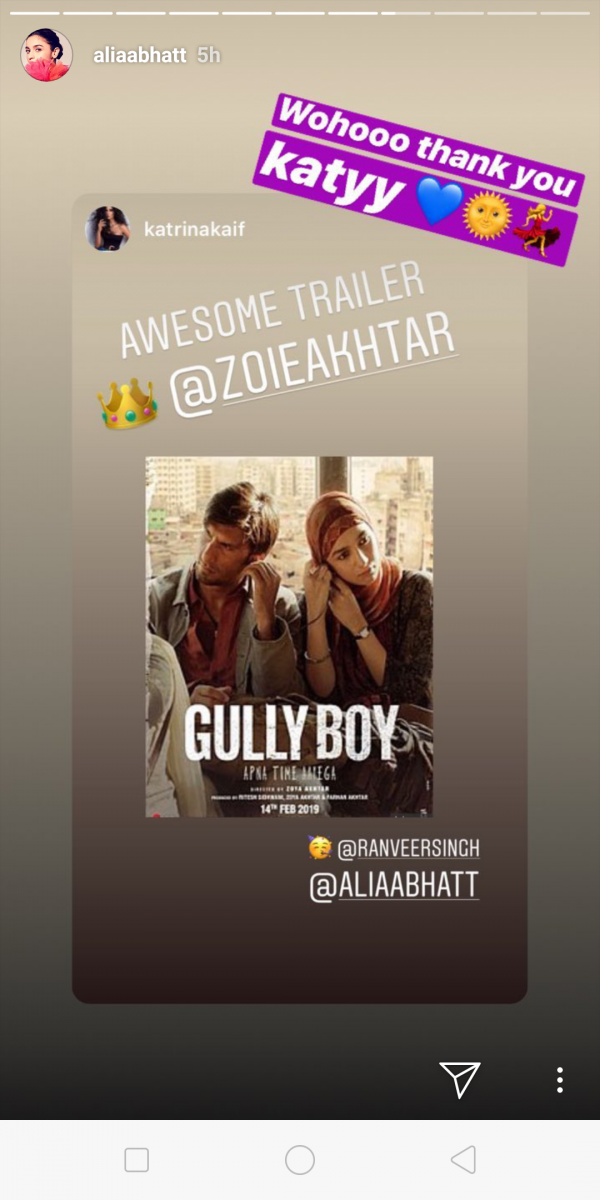 The trailer launch of the film was held yesterday where Alia was asked if she would hit a girl who gets close to her boyfriend and the actor replied by saying, “Abhi tak to nahi, par zindagi baki hai, par shayad kabhi nahi karungi kyunki I am non-violent.” (Not yet and may never hit someone as I am non-violent). This shows that Alia does not like to get physical but like she said, “zindagi baki hai”.

While this is the first time Ranveer and Alia have shared screen space and have come up with something so beautiful, the two, individually have given some amazing film. Alia, one of the most versatile actors of Bollywood has given the movie lovers some nice films like Highway, Udta Punjab, Raazi among others. Ranveer, on the other hand, has proved that he can essay any character given with films like Padmavaat, Bajirao Mastani and the recently release Simmba among others.

Also featuring actor Kalki Koechlin, Zoya Akhtar-directed Gully Boy is a musical drama, based on real-life rappers Vivian Fernandes aka Divine and Naved Shaikh aka Naezy. Written and directed by Zoya, and produced by Tiger Baby and Excel Entertainment, the film is slated to release on February 14, 2019.