One of the anticipated films of the year, Gully Boy, is hitting the theatres tomorrow, on February 14. After receiving a thunderous applause at the recently held Berlin International Film Festival 2019, the Zoya Akhtar directorial is all set to conquer the screens in India. The makers organised a special screening of Gully Boy in Mumbai last evening, on February 13. Arriving at the screening were the industry’s prominent names. Apart from Ranveer Singh and Alia Bhatt, who are the leading stars of the film, the event also saw names like Kiran Rao, Ananya Pandey, Farhan Akhtar, Shweta Bachchan, Dino Morea, Dia Mirza, Ritesh Sidhwani, Bosco Caesar and Javed Akhtar among others. Also Read - Alia Bhatt Announces Her Production House' First-Ever Film 'Darlings' Along With Shah Rukh Khans Red Chillies

The pictures from the screening of the film are out and paparazzi have clicked a fabulous looking Ranveer and Alia. Throughout the promotion of Gully Boy, both the stars maintained their gorgeous self and were seen looking all colourful and cheerful. At the screening as well, while Alia wore a cheery yellow floral dress, Ranveer looked vibrant in his red-brown track suit. Here are the pictures of who all turned up to support team Gully Boy at the special screening of the film: Also Read - Lovebirds Ranbir Kapoor-Alia Bhatt Shoot For an Ad, Pictures Take Internet By Storm 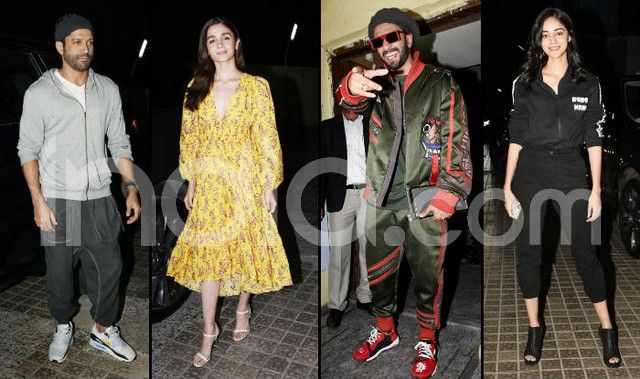 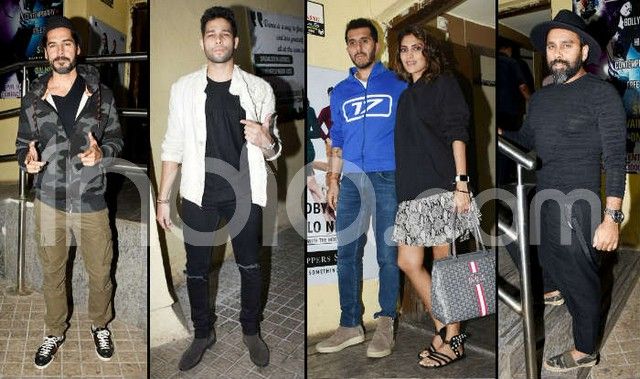 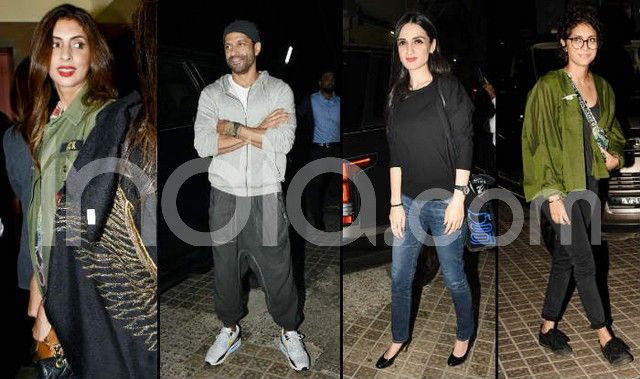 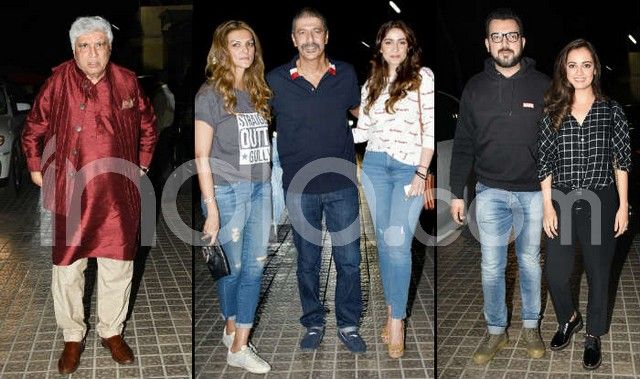 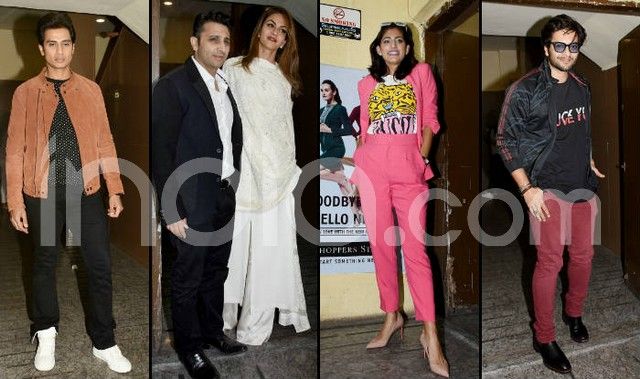 Meanwhile, Gully Boy is based on real-life rappers from Mumbai – Divine and Naezy. It has Ranveer playing the character of a rapper named Murad, who uses his talent to comment on the society and class difference. Alia plays the character of Ranveer’s love interest in the film.

Earlier, talking about how the language of the film is important, Ranveer told Times Now, “I strongly feel for these characters, these people are marginalized disenfranchised people from the lowest strata of the society who have a very tough existence. It’s a very difficult life. They find their expressions as artists. They have started a music scene that is so unique. It is in Mumbaiya bhasha (dialect). These kids are 17 or 19 and they are writing social commentary about what’s f******d up in this system. They are making such strong observations, strong comments on the state of affairs. What I feel will bring a change is that now thousands of kids are listening to that. So I will do what I can do to give this musical talent a platform.”