Nick was given the affectionate nickname by social media users.

American singer, songwriter, actor, and record producer Nick Jonas is now officially wed to our very own Desi Girl, Priyanka Chopra. The Christian marriage took place on December 1 at Umaid Bhawan Palace in Jodhpur, and the following day a Hindu marriage. It has been revealed that as their relationship took off, Nick was given an affectionate nickname by social media users. He began to be referred to as ‘Jiju’ meaning brother-in-law or sister’s husband. Also Read - Priyanka Chopra Jonas is The Inspiration When I'm Writing: Nick Jonas Talks About His 'Muse' And Wife Like Never Before

Priyanka had herself made a mention about the nickname when she spoke about the roka ceremony that had taken place in August. According to People.com, she said that Nick had made quite an impression on the citizens of India when he said the Hindu prayer. The two are said to have bonded over their strong beliefs in family and religion. Also Read - Priyanka Chopra Jonas Wears Dhoti Pants With Open Jacket at BAFTAs - See Viral Photos

“The prayers are in Sanskrit. Even I can’t say them. But he did it in Sanskrit. The Indians were so impressed with their National Jiju,” she had remarked. Also Read - BAFTAs 2021: Priyanka Chopra Jonas Steals The Show in Her Butterfly Dress, Rocks a Plunging Neckline Like a Boss

Nicholas Jerry Jonas or Nick Jonas as he is known, was born on September 16, 1992 in Dallas, Texas. He is the third from among four brothers, who were born to Denise Miller and Paul Kevin Jonas. Nick’s father is a songwriter and musician, while his mom is a former sign language teacher and singer. His elder brothers are Kevin and Joe and his younger brother is Frankie.

Nick’s career began when he was discovered at the age six, and at the age of seven he began performing on Broadway, portraying characters such as Tiny Tim, Chip Potts, Little Jake, and Gavroche among other roles. Nick wrote a song titled ‘Joy to the World (A Christmas Prayer)’ with his father while performing in Beauty and the Beast in 2002. The song was later released through INO Records to Christian Radio in 2003, and it became Nick’s debut single. 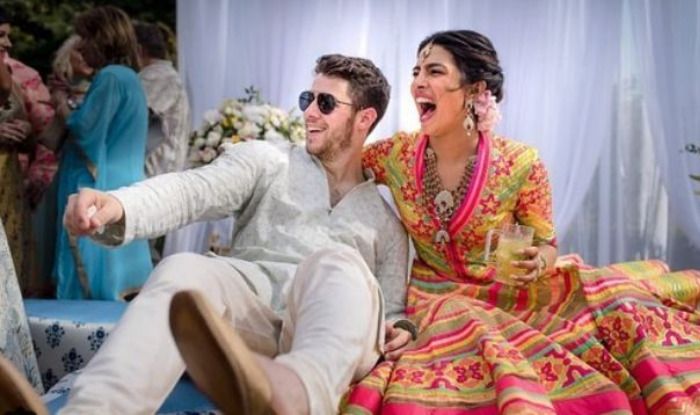 The song led him to be noticed by Columbia Records, and Nick began his singing career with his brothers co-writing songs for an album. When Columbia Records president, Steve Greenberg, heard the song ‘Please Be Mine’ he decided to sign Nick and his brothers as a group. This led to their group being named Jonas Brothers. Before gaining fame, Nick was diagnosed with Type 1 Diabetes at the age of 13 in 2005.

Nick and his brothers moved on from Columbia Records and signed up with Hollywood Records in 2007, and in May 2008, he and the band began starring in their own Disney series Jonas Brothers: Living the Dream.

The band began to have some problems in 2013, after they cancelled their highly anticipated tour in October only days before it was set to begin. The reasons cited were a “deep rift within the band” over “creative differences”. The brothers officially confirmed on October 29 that the band had split up for good.

Nick began working on material for his second studio album in 2014 after the band broke up, and he went on to appear in two more episodes of Hawaii Five-O. He released his second studio album, Nick Jonas (2014), though Island Records on November 10. The album debuted at number six on the Billboard 200, selling over 37,000 copies in its first week of release.

Apart from his singing and acting, Nick, who uses an insulin pump to help him manage his Type 1 Diabetes, developed the Change for the Children Foundation along with five different charities to raise money and awareness for diabetes. Since August 6, 2008, Bayer Diabetes Care has partnered with Nick as a diabetes ambassador to promote the idea for young people to manage their diabetes.

Nick was last seen in movie Jumanji: Welcome to the Jungle, which also starred actor Dwayne Johnson. His next projects are Chaos Walking, UglyDolls and Midway.