Actor Hrithik Roshan starrer Super 30 will now be helmed by director Anurag Kashyap. The film has originally been directed by Vikas Bahl. However, after he stepped away from the film following the #MeToo allegations against him, there was no one to look after the post-production work of the film. Now, Kashyap has confirmed that he will take care of the rest of the film, albeit without taking any credit for it. Also Read - Ahead of Ludo Release on Netflix, Here is All You Need To Know About Anurag Basu Directorial

In his statement to HuffPost India, Kashyap said that he has taken over the film out of responsibility and only after Bahl himself agreed to it. The director was quoted by the website saying, “At the moment I am getting Womaniya (another production) started, but yes, I will be overseeing the post-production of Super 30. There are at least 30 new people debuting with this film. It’s just out of responsibility for the money put in production.” Also Read - Hrithik Roshan's Hollywood Debut Details: Actor Gives Audition For an Action Thriller, Fingers Crossed!

He also refuted the rumours of having gone back to the same route of friendship with Bahl. He said such speculations are nothing but “utter crap”. Also Read - Payal Ghosh, Who Accused Anurag Kashyap, Tests Negative For COVID-19 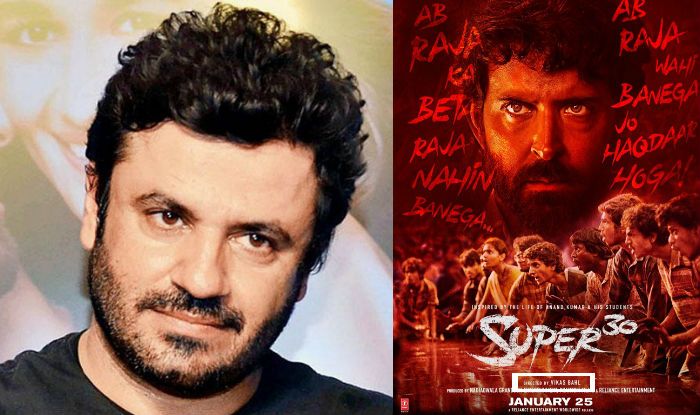 Super 30 was initially slated to hit the screens on January 25, facing a Box Office clash with Kangana Ranaut starrer Manikarnika: The Queen of Jhansi. However, the delay in the post-production work of the film resulted in the postponement of its release. Now, it’s releasing on July 26.

Super 30 is a story of real-life Indian mathematician, Anand Kumar from Bihar, who launches a programme called ‘Super 30’ to help 30 IIT aspirants crack the entrance test. Expressing his excitement for the film, Kumar had earlier told Mumbai Mirror, “I trust Vikas Bahl with my life story and I believe that he will make a heartfelt film. I am a rooted guy so I feel some level of an emotional quotient is required to live my life on screen. I have seen that in Hrithik – on and off screen. I have full faith in his capabilities”.