Huma Qureshi’s ‘Power Dress on Weekend’ Will Make You go Weak in The Knees, Farah Khan Takes a Dig

Headlines recent favourite, ever since her glamorous stint at the Cannes Film Festival this year, Huma Qureshi is taking everything in her stride boldly. Unleashing her sexy side after a long time in a while, Leila star Huma raised the heat with the latest set of pictures from a recent photo shoot. Also Read - Bellbottom Teaser Out: Akshay Kumar is All Suited-up As He Leaves For His Mission To Save India 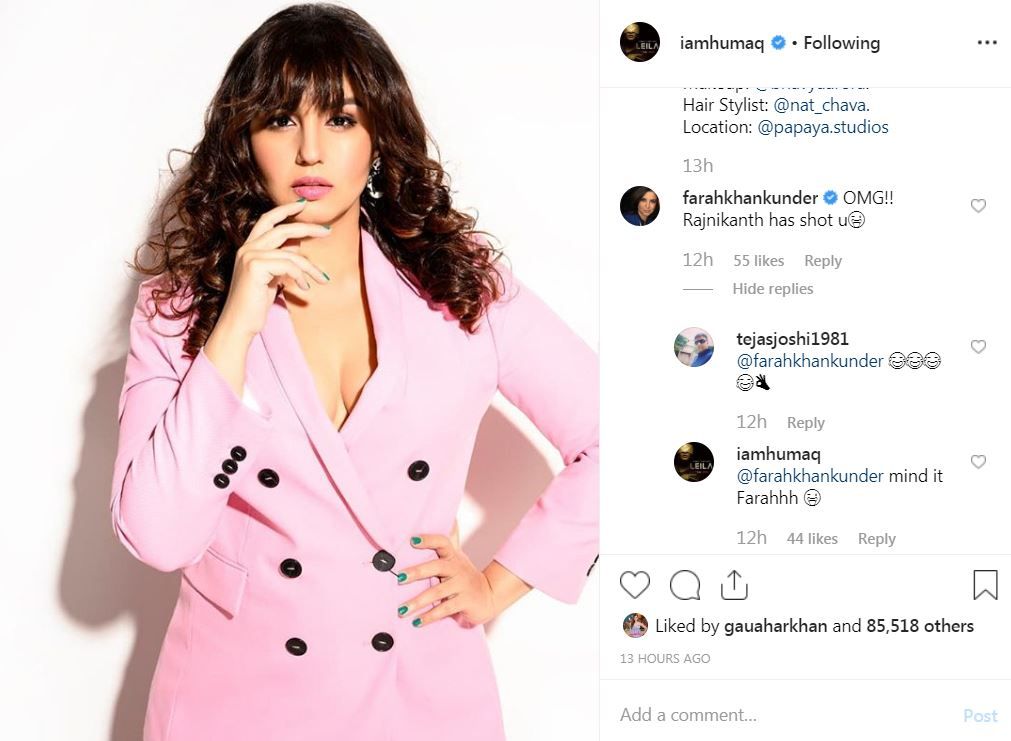 On the professional front, Huma has to her credit, several critically-acclaimed films including Gangs of Wasseypur series, D Day and Badlapur all of which showed her essaying strong characters. She was last seen in Jolly LLB 2 opposite Akshay Kumar.

Her upcoming digit series, Leila, will stream on Netflix from June. Based on Prayaag Akbar’s book of the same name, the series dystopian drama is co-directed by Deepa Mehta, Shanker Raman and Pawan Kumar.