Irrfan Khan’s Son Babil on Being Called Anti-National After His Viral Post: I am Raised as a Man Without Religion

Irfan Khan's son Babil replied to trolls who accused him of spreading 'hate for Hindus', says that his intentions were opposite and one should never question his love for India. Read on.

Late actor Irrfan Khan‘s son Babil once again took to Instagram to speak his mind on the religious divide in the country and how he has been trolled brutally for his views on the same. Taking to his Instagram stories, Babil made a long note criticising those who are spreading hatred and calling him anti-national for his previous post in which he wrote, “Mandatory holiday for Eid cancelled on Friday while holiday for Raksha Bandhan on Monday still give. Okay, then no problem, I’ll just celebrate Eid when it’s not Eid on Saturday.” (sic) Also Read - You Have Gone so Far Away! Irrfan Khan's Son Babil Shares Throwback Picture of The Actor With Wife Sutapa Sikdar

On Friday, Babil replied to some trolls and mentioned how his words have been blown out of proportion by those who are adamant to spread the religious divide in our secular India. He said that he was born to a Muslim father and a Hindu mother and has been brought up without one religion. Babil added that he has celebrated all the festivals and loved India all through his life. Also Read - Irrfan Khan’s Son Babil Khan Shares Unseen Pics of Actor, Slams Bollywood For All These Reasons 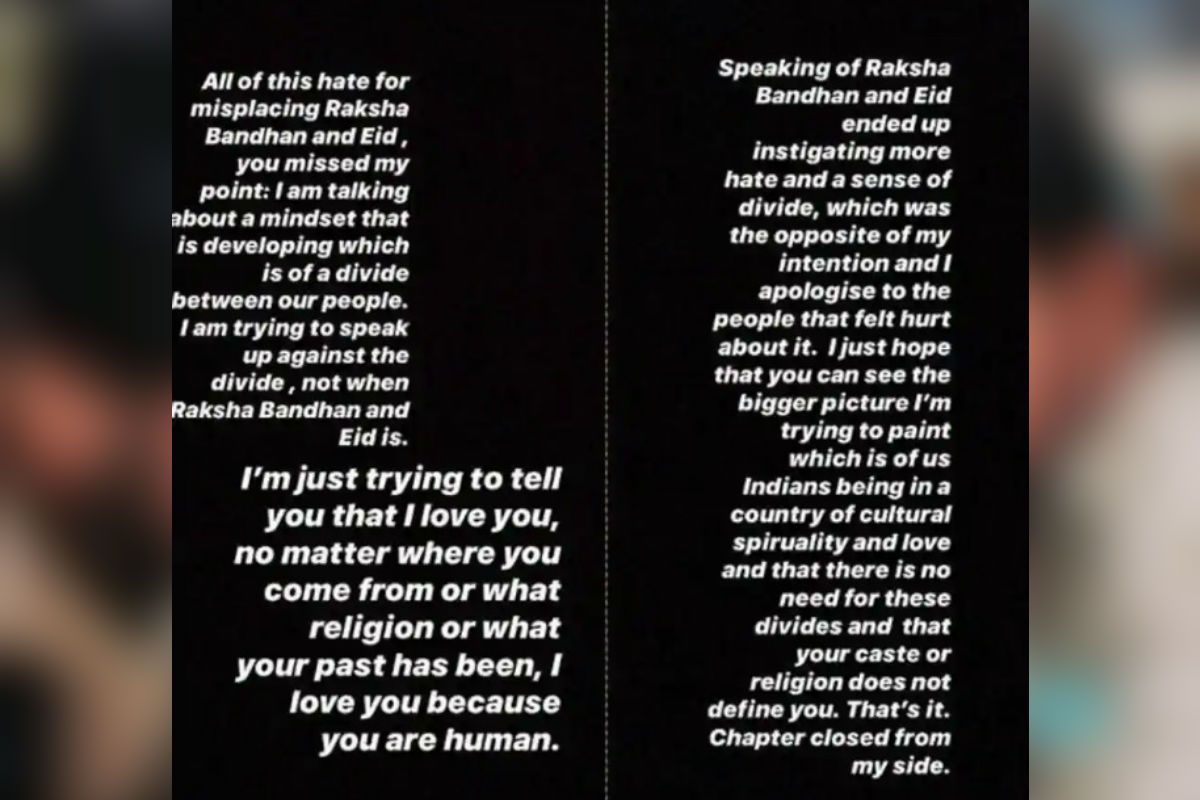 “All of this hate for misplacing Raksha Bandhan and Eid, you missed my point: I am talking about a mindset that is developing which is of a divide between our people. I am trying to speak up against the divide, not when Raksha Bandhan and Eid is. I’m just trying to tell you that l love you, no matter where you come from or what religion or what your past has been, love you because you are human. Speaking of Raksha Bandhan and Eid ended up instigating more hate and a sense of divide, which was the opposite of my intention and I apologise to the people that felt hurt about it. I just hope that you can see the bigger picture I’m trying to paint which is of us Indians being in a country of cultural spirituality and love and that there is no need for these divides and that your caste or religion does not define you. That’s it. Chapter closed from my side,” he wrote. Also Read - Irrfan’s Son Babil Khan to Netizens: Rebel Against Nepotism But Don’t Use Sushant Singh Rajput’s Death as an Excuse 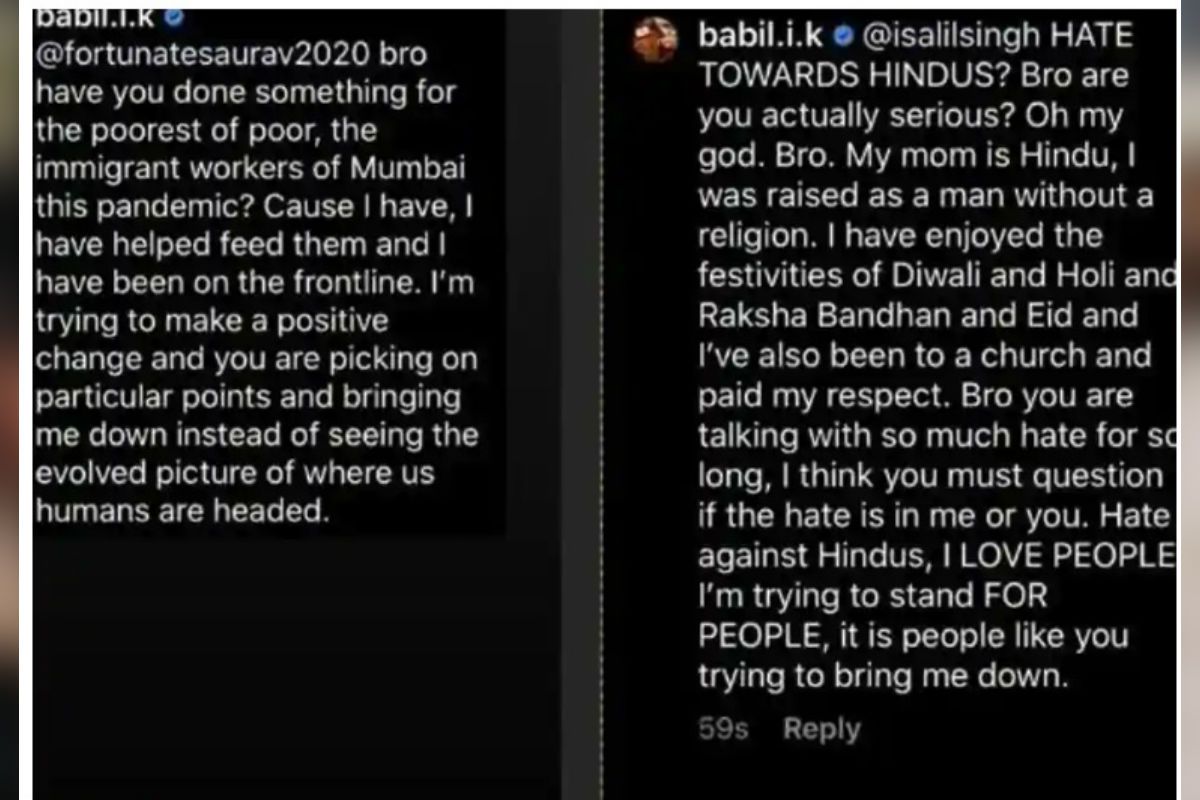 Replying to an Instagram user who accused him of spreading ‘hate towards Hindus’, Babil said that ‘I was raised as a man without a religion.’ He said those criticising him should first question themselves to find out if they are the ones spreading hate.

To another user, he explained how he is trying to bring out a positive change around by helping people during the pandemic and also calling out a mindset that is destructing the secular fabric of our nation.