Jacqueline Fernandez Explaining Her ‘Mummy’ Responsibilities to ‘Loki’ is All Cat Parents Ever!

An avid animal lover, Kick 2 star Jacqueline Fernandez‘ social media is rid with stories about her pets especially, her furry white Persian cats Yoda, Loki, Xyza and MiuMiu. Seen accompanying the actress even on her major shoot tours, the cats look too awwdorable to not make your day and Jacky’s recent post for Loki had everyone’s heart melting. Also Read - Cirkus: Ranveer Singh Gets His First Double Role in Rohit Shetty's Film, Jacqueline Fernandez And Pooja Hegde Join in

Seen sleeping in the midst of flowery cushioned chair and pillows, resting its head on the pile of books next to a teacup and highlighter, Loki looked peaceful like an angel as it lay there sleeping. Jacqueline captioned the picture as, “Bye Loki! Mummy has to go work now” (sic). Also Read - Jacqueline Fernandez Tests Negative For COVID-19 After Two Members From Her Team Tested Positive 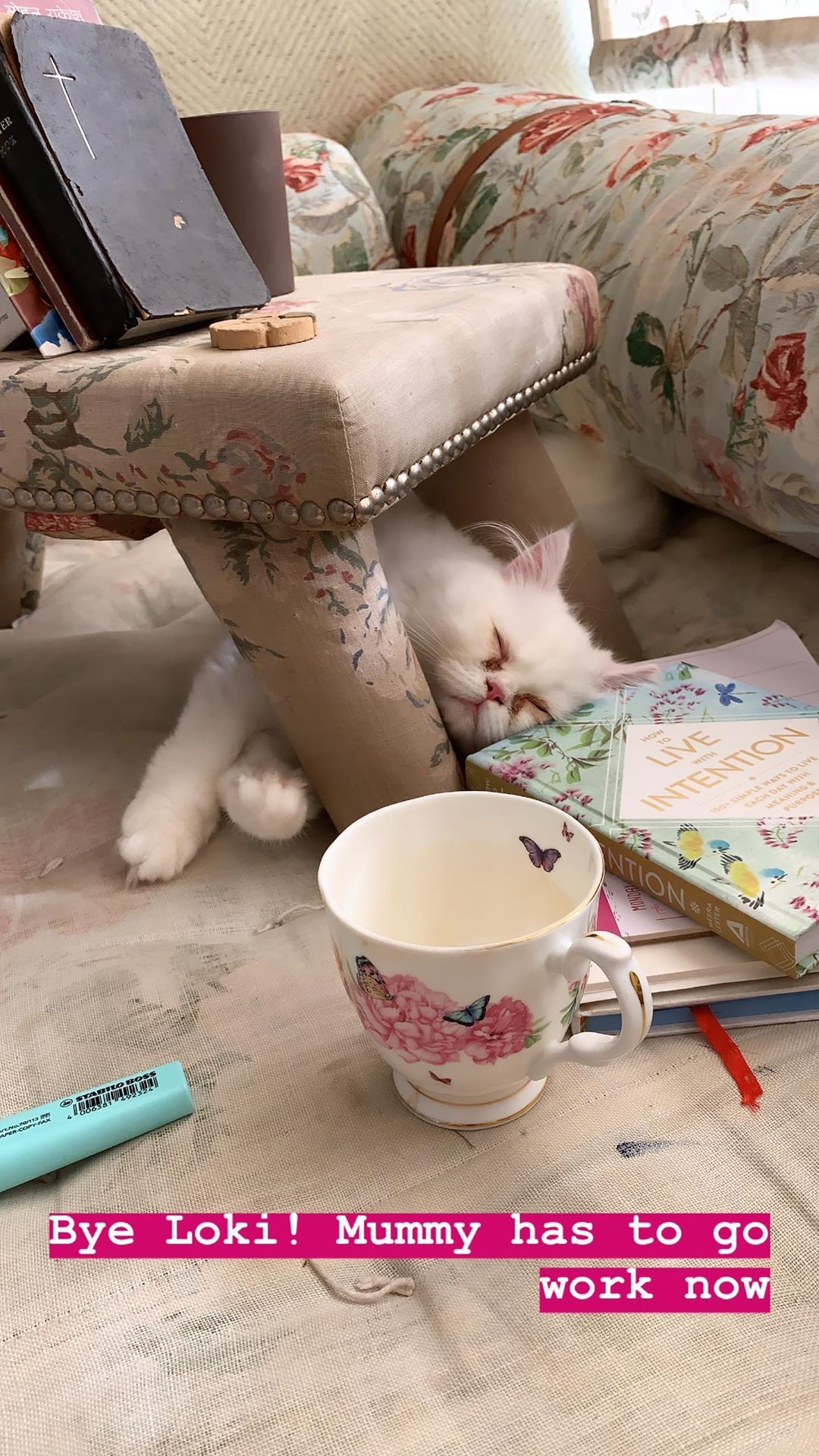 On the work front, Jacqueline Fernandez is set to make her debut in the digital space with Netflix’s upcoming thriller Mrs Serial Killer. The film is directed by Shirish Kunder and produced by his wife Farah Khan. It is slated to be released on Netflix later this year. Also Read - 'Aap Safar Me Humesha Rahenge Bhai'! Siddhant Chaturvedi Remembers Sushant Singh Rajput With a Video That Brought Dreams in His Eyes

Jacqueline will next be seen in Drive, opposite Sushant Singh Rajput. She even has Kick 2, opposite Salman Khan, in her kitty.