Janhvi Kapoor’s Throwback Picture as the Joker From The Dark Knight Shouldn’t be Missed!

Janhvi treated us with an adorable throwback picture.

Janhvi’s caption on her throwback picture read, “Lesser known fact: I was Nolan’s first choice for The Joker, had to decline for Dhadak”. For the uninitiated, The Dark Knight is one of the most iconic films and The Joker is one of the most talked about characters portrayed by Heath Ledger. The actor had received an Oscar for his mindblowing performance as the Joker. Also Read - Khaali Peeli: Ananya Panday, Ishaan Khatter Starrer To Become First Film To Release in Theatres 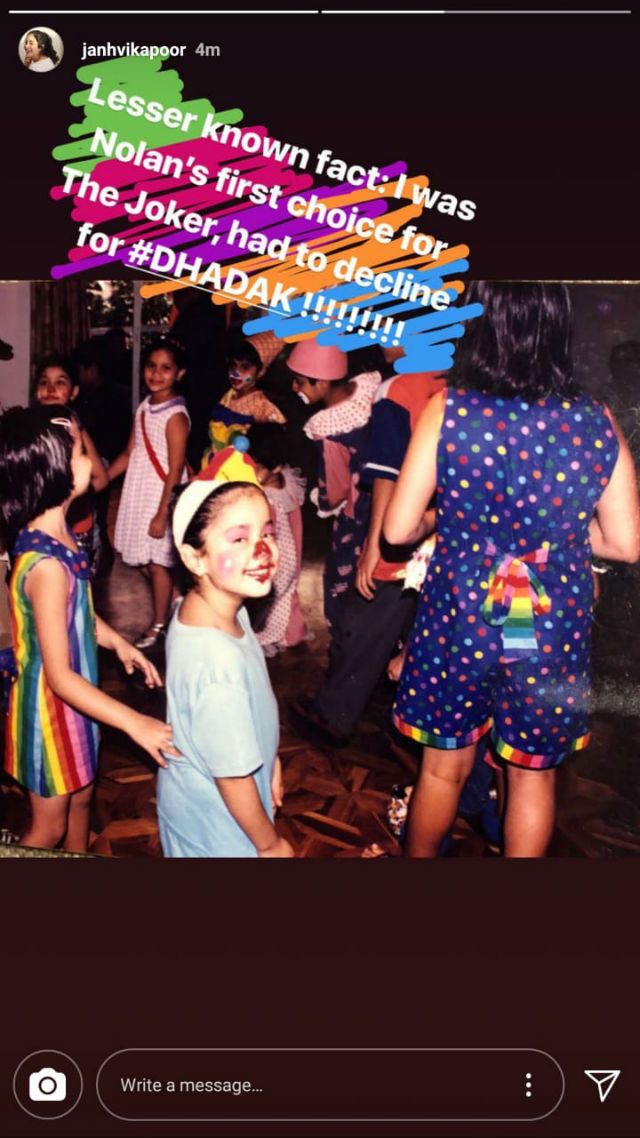 Also Read - 'We Pray That You Are Proud of All of us Papa!' Karan Johar Writes Most Emotional Note as Dharma Completes 40 Years

Talking about Janhvi, the makers of Dhadak will release the trailer of the film on June 11. The film is helmed by Shashank Khaitan and is an official remake of Marathi blockbuster Sairat that released in 2015. Khaitan while talking about Dhadak said it was more of an adaptation than a remake of Sairat. He said, “Sairat was an amazing movie that inspired me to take up this film, but I believe there are aspects of the Hindi film that are my own. I just hope we do justice to Sairat and people come out of the theatre happy.”