Kajol Speaks on Daughter Nysa Devgn’s Plans to Enter Bollywood, Says ‘She Should Make Her Own Money’

Kajol was asked to reveal whether her daughter, Nysa Devgn, wants to enter Bollywood. She said something she always says.

Actress Kajol is gearing up for the release of her upcoming film, Helicopter Eela, directed by Pradeep Sarkar and produced by Ajay Devgn. The film has her playing the character of a single mother who is quite possessive abut her son. So much so that she even decides to join the same college as of his son to keep a watch on him. She is also an aspiring singer. Also Read - Kajol Turns Her Happy Picture Into Meme Featuring Renuka Shahane And We Loved It!

During her recent promotional interaction with the media, the actress was asked about her daughter, Nysa Devgn. She had to answer that one question she’s been asked again and again — would Nyasa like to be an actor like her parents? Kajol, repeating what she always says, mentioned that she will never speak for her kids because they have full freedom to take up any career they want. She said, “I will not put her in a scanner to take a decision on anything. Whether she wants to join the film industry or she doesn’t want to  join… and I will never suggest her also what to do. Mujhe lagta hai ki voh ek decision uska khud ka hona chahiye. Aaj ke zamane mein aap dekho toh there are so many opportunities available. (I think that’s one decision she should take on her own. Today, there are so many opportunities available).” Also Read - Kajol’s Latest Transformation Pics Leave Fans Jaw-Dropped With Her Toned Physique, Praise Her For Weight Loss 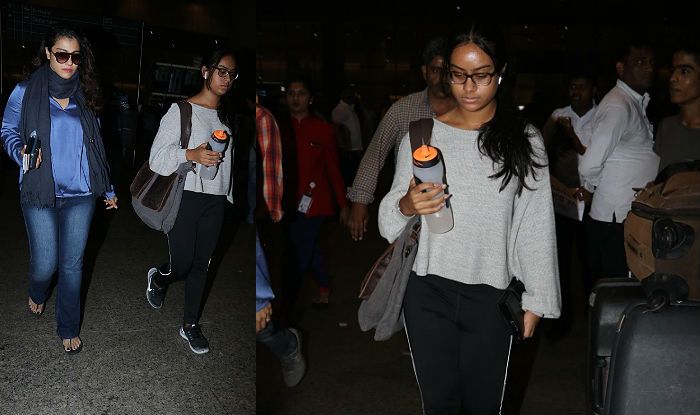 She added that while Nysa hasn’t discussed what career would she like to opt in future but there’s one thing that she has strictly told her – she should ‘make her own money’. Concluding the answer, the actress mentioned that her daughter is currently preparing for her class Xth final exams.

Helicopter Eela is slated for release on October 12.