The makers of Kalank have released the much-awaited title song of the film. Like other stunning tracks from the period drama, this one also features larger-than-life visuals and beautiful chemistry between its characters. The video begins with Varun Dhawan and Alia Bhatt, who play Zafar and Roop, respectively, falling for each other in silent moments. It also has visuals of Zafar and Satya (Sonakshi Sinha‘s character) celebrating their respective festivals. The highlight of the video, however, remains Varun’s dialogue, that, in fact, opens the song: “Barbaad Ho Jaogi, Dard Ke Alawa Kuch Nahi De Sakta Main Tumhe“. This also hints at the dynamics of his relationship with Roop, in which both are falling for each other despite knowing about the fate of their bond.Also Read - Celebrating Madhuri Dixit: 5 Times Dhak Dhak Girl Stole Hearts With Her Killer Smile

It’s composed by Pritam while the lyrics are beautifully penned down by Amitabh Bhattacharya. Master of romantic melody, Arijit Singh, has given vocals to the song. The video both looks and sounds equally mesmerising. One can also get a glimpse of actor Kunal Kemmu in the title track video. Check it out here: 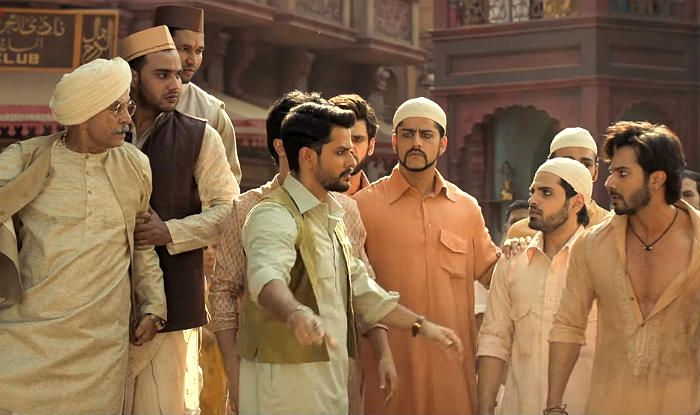 This is the third song from the film, directed by Abhishek Varman. The other tracks – Ghar More Pardesiya and First Class, have already become chartbusters. While the former showcased Alia’s dancing skills, the latter was about Varun’s swag and his chemistry with the character of Kiara Advani in the film. Watch Ghar More Pardesiya here:

Kalank, produced by Sajid Nadiadwala and Karan Johar together, is slated to hit the screens on April 17. The film is set in the 40s during the time of India-Pakistan partition. Earlier, the trailer of the film received positive reviews from the audience, adding more excitement to the already hyped buzz.