A film producer who worked for Saamna earlier has written to PM Modi accusing Shiv Sena MP Sanjay Raut of harassing and torturing her for eight years. Kangana Ranaut had to comment.

Mumbai: Actor Kangana Ranaut rekindled her verbal feud with Shiv Sena MP Sanjay Raut after a film producer accused him of harassing her for eight years. Sharing a screenshot of the news report mentioning the producer and her allegations over Raut, Kangana wrote, “Time and time and time again I was proven right, entire world might gang up on me and shame me for my fights but I never go back on my words and 100% success rate always stand victorious in the end ha ha Kisi ko bhi ghamand ho jaye yaar 🙂” (sic)Also Read - 'Hope Good Work...': Uddhav Thackeray's Message For New Maharashtra CM Eknath Shinde, Deputy CM Fadnavis

The film producer named Dr Swapna Patker has alleged that Sanjay Raut harassed her, tortured her, and abused her for eight years after she decided to quit Shiv Sena’s mouthpiece publication Saamna. In her two-page letter to Prime Minister Narendra Modi which is on Twitter, Patker mentioned that she used to write columns for Saamna and also used to take care of Rajya Sabha work for Raut, however when she decided to leave, she was allegedly heckled by Raut who was not happy with her exit. Also Read - Devendra Fadnavis Takes Oath As Deputy CM of Maharashtra, Accepts JP Nadda's Request 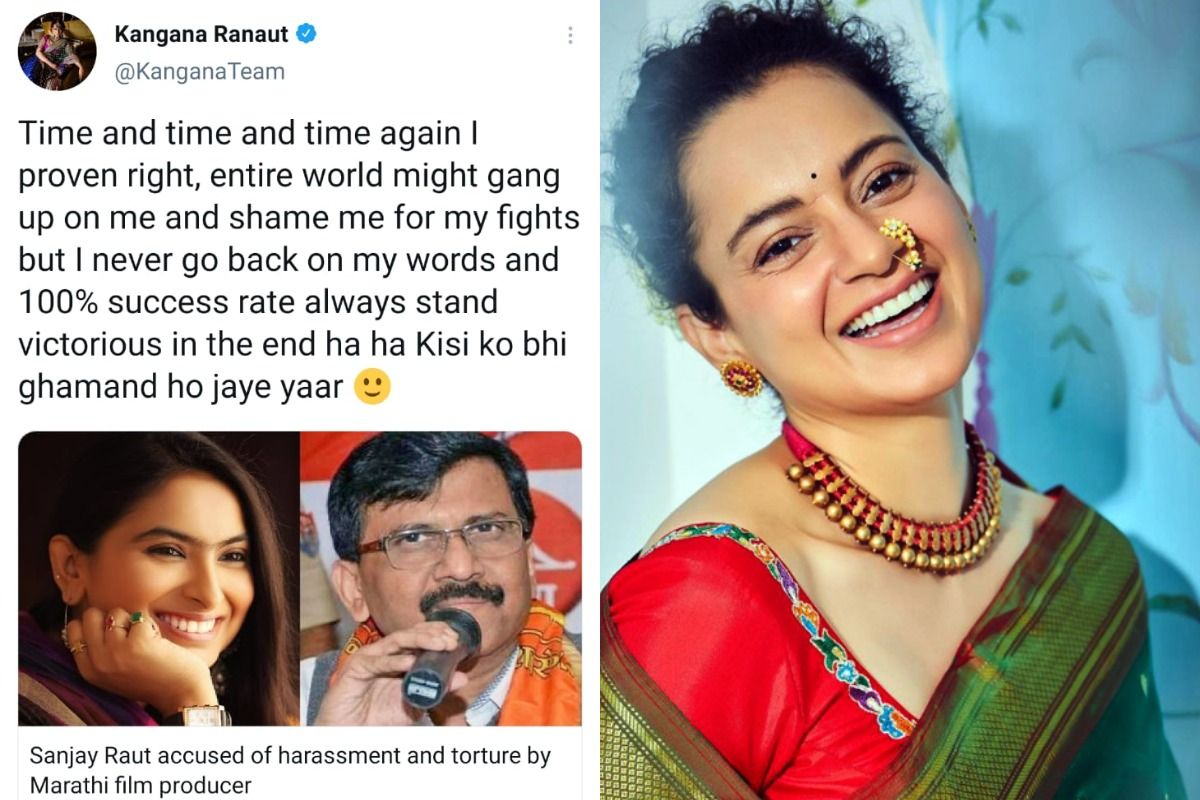 Patker, who is a renowned psychologist and producer of the Marathi film Balkadu (biopic of Shiv Sena supremo Balasaheb Thackeray), appealed to the PM for justice and security against Raut. She said she had complained to Maharashtra CM Uddhav Thackeray, and ex-Home Minister Anil Deshmukh but all her pleas went ignored. Her note to the PM also accuses NCP leader Supriya Sule of making ‘matters worse’ for her after she talked to her about what she was allegedly going through. Check out her tweet here: Also Read - Auto Driver To CM: Eknath Shinde's Roller Coaster Journey to Chief Minister’s Office

Meanwhile, Kangana’s tiff with Sanjay Raut began when he used derogatory language against the actor and asked her to never return to Mumbai. Later, the Thalaivi star also accused Raut of having a hand in manipulating BMC to demolish her office space in Mumbai’s Bandra area. Kangana has been talking against the policies and decisions of the Uddhav Thackeray-led Maharashtra government.