Kangana Ranaut has guns in hands and rage in eyes as she features on the new poster of her upcoming film Dhaakad, directed by Razneesh 'Razy' Ghai.

The new poster of actor Kangana Ranaut from her recently announced film Dhaakad is out. She can be seen holding guns in both hands with rage in eyes while wearing a bulletproof jacket. This is the first look of Kangana from the film which has been deemed as an out-and-out action drama by the makers. Directed by Razneesh ‘Razy’ Ghai and produced by Sohel Maklai, Dhaakad is being made on a heavy budget and is slated to hit the screens as the big Diwali release next year. Also Read - Kangana Ranaut Calls Hrithik Roshan Her 'Silly ex' Again: Duniya Kahan se Kahan Pahunch Gayi...

The director of the film talked to Mid-Day in an interview and revealed that he realised Bollywood hasn’t been pretty big when it comes to making female-led action films, therefore, he decided to make something which will be remembered for long. He was quoted by the daily saying, “There is a big void when it comes to female-oriented action films. I haven’t heard of a lead heroine in an out-and-out action entertainer in a contemporary space. That’s why we wanted to explore this genre.” Also Read - Hrithik Roshan Summoned by CIU in 2016 Kangana Ranaut-Email Case, Read on

While Kangana is praised for being a great performer on-screen, she is often criticised for not sharing good chemistry with her directors. However, ‘Razy’ Ghai is sure that he has made a perfect choice by having Kangana spearheading Dhaakad. He talked about the same in the interview and said that the actor has helped a lot in bringing the film look a notch higher. Praising her ideas, he said, “She is an intelligent actor who understood that there is an opportunity to attempt something completely different. We are constantly having brainstorming sessions with her, and her ideas have further elevated the film.” Also Read - Hrithik Roshan - Kangana Ranaut Case: Crime Branch Likely to Summon The Krrish Actor 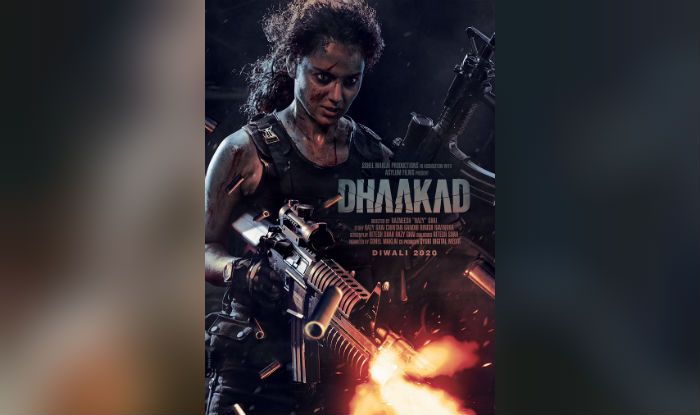 Dhaakad has been deemed as a one-of-a-kind action film. The filmmaker elaborated on the same and said that he has never advocated the kind of action that doesn’t look real. In Dhaakad, he aims to show real action in a larger-than-life format. He said, “I’m not a fan of gravity-defying action sequences, so we will show realistic action. Since the film has many action set-pieces, we are looking at stunt coordinators with different skill sets. We have already met action directors from Hong Kong and Thailand for the Gun Fu (a mix of guns and martial arts) sequence.”

He revealed that the team is currently on a recce for the film and is looking out to shoot in Abu Dhabi, Prague, Budapest and parts of North India. Kangana’s shoot-schedule is yet to be decided and ‘Razy’ says that he is waiting for the actor to finish Panga with Ashwiny Iyer Tiwari.

Earlier, talking about the film in an official statement, Kangana said that Dhaakad is going to be a ‘turning point’ in her career and will also change the way women are looked at in Hindi films. She also said that if this becomes successful, it will change the history of Indian cinema forever. She was quoted saying, “After the success of Manikarnika: The Queen of Jhansi, it has been proven that audiences across the globe are loving larger than life films with a female hero. Dhaakad is not only a benchmark film for my career but will be a turning point for Indian cinema as well.”