Filmmaker Karan Johar has turned a year older today and this year, he will be celebrating his birthday in the lockdown with his kids, Yash and Roohi and mother Hiroo Johar. On his special day celebrities from the industry wished him with adorable pictures on social media. From Kareena Kapoor Khan to Anushka Sharma to Alia Bhatt, the B’town has flooded the internet with wishes.Also Read - Karan Johar Video Calls His Little Munchkins From Hunarbaaz Set, Records A Cute Performance For Them | Watch

Kareena shared a throwback picture with him and captioned it, “Gosh we were so sexy then and now even more… To Forever, my friend… Happy birthday.” While Alia shared a glamorous picture with the filmmaker and wrote, “happy birthday my friend, father.. my family ♥️ here’s to many many many more moments of love, laughs, movies and our uncontrollable need to pose for pictures and selfies.” Also Read - Even Taimur Ali Khan Gets Tricked by These Turkish Ice-Cream Vendors - Watch Viral Video

Anushka Sharma took to Instagram stories to share a selfie and captioned it, “Happy Happy Happiest to you and your legendary pout. Hope you both enjoy each other’s company in good health, love and happiness always.” Also Read - Kareena Kapoor Khan Is Kunal Kemmu's 'Caption Master'? Their Comments Reveal It All

Check out the wishes here:

Gosh we were so sexy then and now even more… To Forever, my friend… Happy birthday ❤️

happy birthday my friend, father.. my family ♥️ here’s to many many many more moments of love, laughs, movies and our uncontrollable need to pose for pictures and selfies 😘 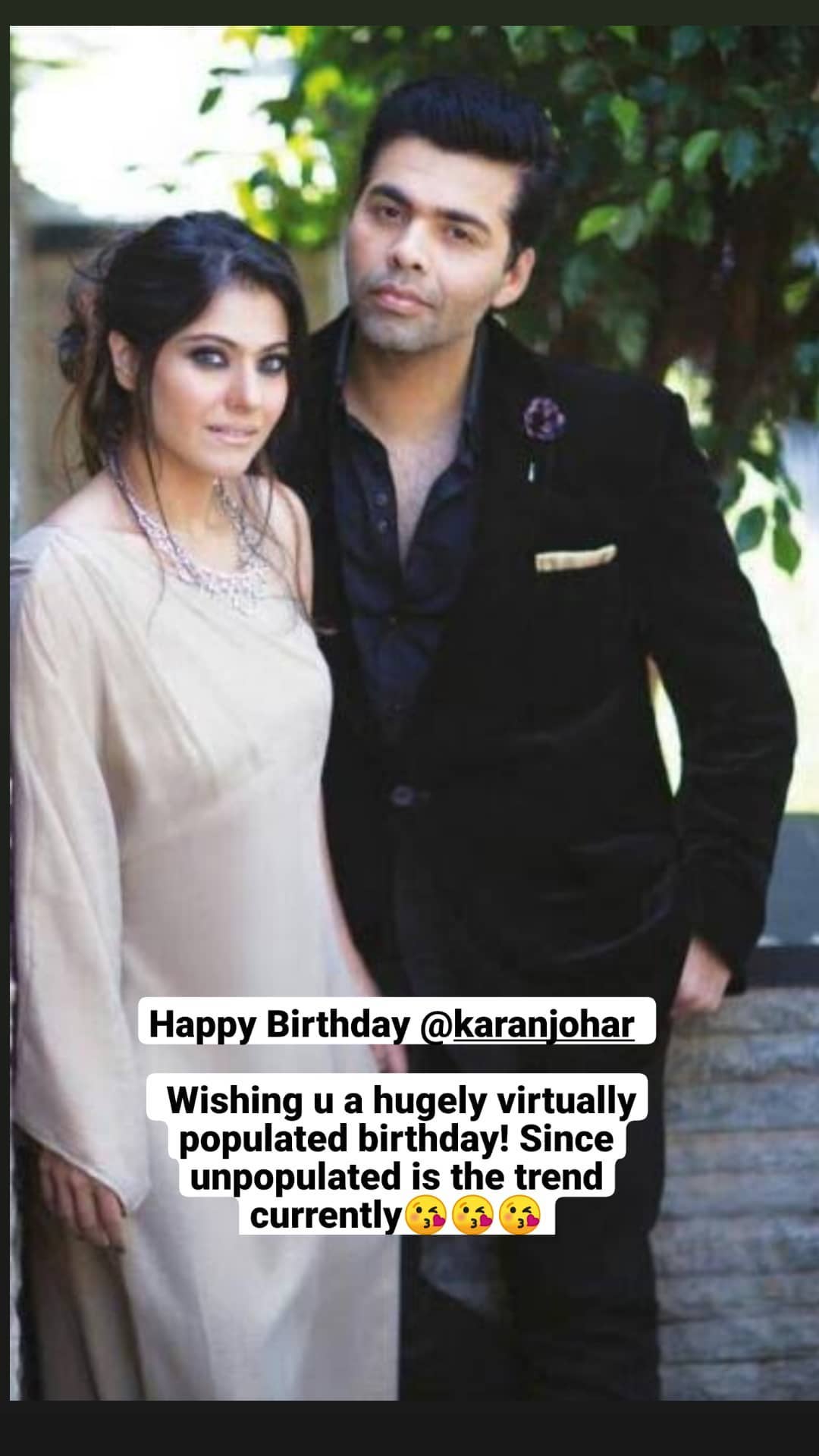 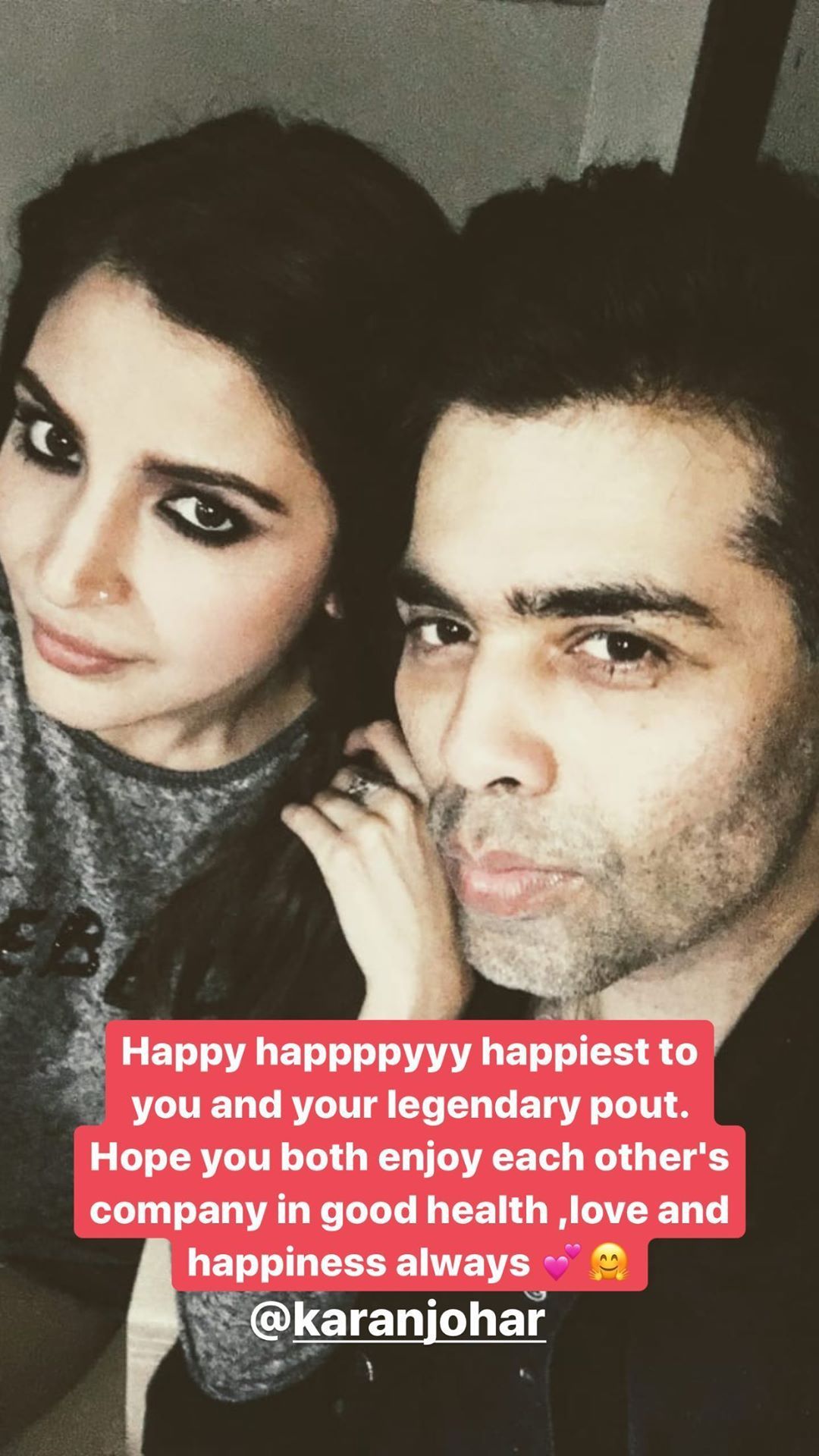 Happy happy birthday darling @karanjohar my fellow Gemini , who is as fashion obsessed and has film running through his blood like me. Can’t wait to celebrate you and give you a big kiss and hug. Love you!

Here’s wishing one of the kindest,smartest and loved super human @karanjohar a very very happy birthday ♥️ I adore you kjo and I hope this year is full of all things beautiful for you 😘🎉🙌🏻

Karan Johar is known as the ‘man who redefined romance in Indian cinema’. He made his directorial and acting debut with Shah Rukh Khan and Kajol starrer Dilwale Dulhania Le Jayenge (1995) followed by Kuch Kuch Hota Hai (1998) and later made films such as Kabhi Khushi Kabhi Gham, Kabhi Alvida Naa Kehna, My Name is Khan, Ae Dil Hai Mushkil. His latest outing was Kalank starring Varun Dhawan and Alia Bhatt.

Karan Johar hosts a television talk show Koffee with Karan and a radio show Calling Karan and also appeared as a judge on competition reality shows Jhalak Dikhhla Jaa, India’s Got Talent and India’s Next Superstars.