It’s been two years since actress Kareena Kapoor Khan gave birth to probably the most famous star-kid today, Taimur Ali Khan. Now, she’s gearing up to raise another baby. Her latest pictures reveal Kareena flaunting a baby bump. Wearing a grey tracksuit and a white striped long shirt, the actress was clicked by the paparazzi on the sets of her upcoming film, Good News. She has been paired opposite Akshay Kumar in the film. In the Raj Mehta’s directorial, the two make a couple who’s trying to have a baby. The latest pictures of Bebo show her in character and therefore, the baby bump. Check these out: Also Read - RIP Diego Maradona: Shah Rukh Khan, Ranveer Singh, Kareena Kapoor Khan, Others Pay Tribute to Greatest Player of All Time 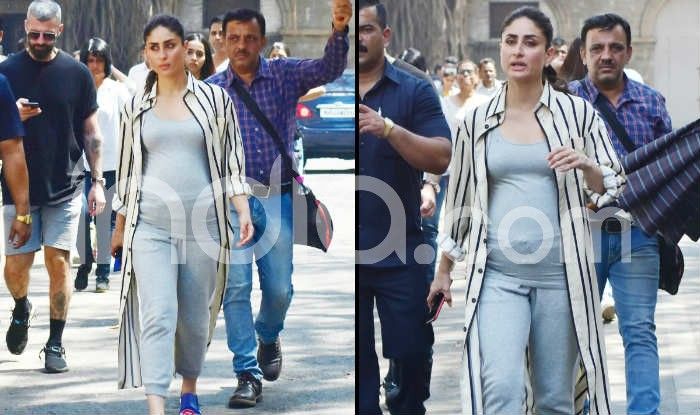 Kareena gave birth to Taimur on December 20, 2016. The baby became paparazzi’s favourite from his very first outing itself. He is now a legit celebrity who just can’t escape getting clicked the moment he steps out of his abode. From his badminton session to horse riding and football classes, Taimur is seen exploring all the creative fields but not by leaving paparazzi behind. In fact, he also acknowledges the cameras by often waving to them. He has also learned to pout like his mommy Kareena. Taimur has also been spotted enjoying a piggyback ride on daddy Saif Ali Khan‘s shoulders. See these: Also Read - Kareena Kapoor Khan, Son Taimur Ali Khan Try Their Hands on Pottery as They Vacay in Dharamshala | See Pics 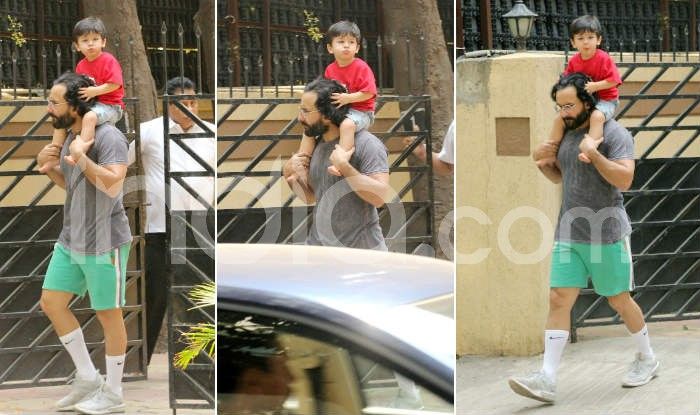 Apart from Akshay and Kareena, Good News also features Kiara Advani and Diljit Dosanjh in important roles. It is one of the most anticipated films of the year considering it’s bringing Akshay and Kareena back together on screen after a hiatus of four years. Their last film together was Gabbar is Back in which Kareena played the character of his wife. Hers was a special appearance in a song. Further, the shooting of the film, which was slated to begin last year got postponed. It will now be releasing on September 6.