Kareena Kapoor Khan Reveals About Her Role in Karan Johar’s Takht, Says It’ll be Completely Different Than What She Did in Kabhi Khushi Kabhie Gham

Kareena Kapoor Khan who has worked with filmmaker Karan Johar in one of his most remembered film Kabhi Khushi Kabhie Gham (2001) is all set to reunite with him after almost a decade in a period drama titled Takht. In a recent interview, Kareena revealed about her role in Takht and said that she will be playing the role of a “strong character” and that she hoped her part will be remembered.Also Read - Kareena Kapoor Khan Shares Glimpse of Her Intense Morning Workout And It Will Motivate You To Stay Fit

In a recent interview with news agency PTI, Kareena revealed about her character in Takht and said, “It’s a different film because I’ve not really done a period film like this. There will be a certain amount of dialect preparation, look tests that will happen. I’m also working with Karan after a very long time so I’m very excited”. Also Read - Bigg Boss 15: Aditya Narayan Reacts To Reports Of Participating In The Show, Here's What He Has To Say

“Hopefully it’ll be a part which will be remembered because it’s socially relevant. It’s a strong character. The best part is it’ll be completely different than what I did in ‘Kabhi Khushi Kabhie Gham’ as Poo,” she added. Also Read - Bigg Boss OTT: Sidharth Shukla-Shehnaaz Gill To Be Part Of The Show As Contestants?

A few days ago, Kareena’s picture with her husband Saif Ali Khan and son Taimur Ali Khan took the internet by storm where the family was seen chilling at the Pataudi Palace. In one of the pictures, she was also seen twinning with her toddler in blue sweaters and they both looked adorable. 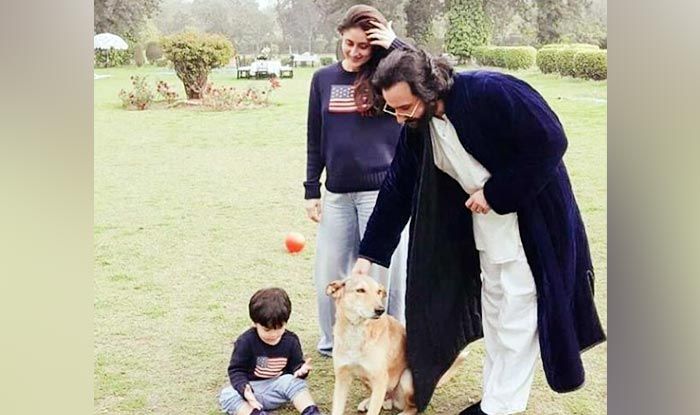 On the professional front, Kareena has started shooting for her upcoming film Good News where she will be seen opposite Akshay Kumar.  Produced by Karan Johar, the film also stars Diljit Dosanjh and Kiara Advani in pivotal roles. Saif, on the other hand, is busy shooting for his web series Sacred Games 2. He will also be seen in Taanaji: The Unsung Warrior alongside Ajay Devgn, Suniel Shetty, and Kajol. Bebo has also signed Karan Johar’s Takht.