Kareena Kapoor Khan and Saif Ali Khan are doting parents to Taimur Ali Khan. The family has now flown to South Africa to ring-in the baby’s second birthday. However, before going out on the vacation, Kareena wrapped up major recording for her radio show, What Women Want, and revealed many secrets. During one of the episodes, she talked about how Saif is quite a hands-on dad when it comes to taking care of Taimur. Also Read - Kareena Kapoor Khan, Son Taimur Ali Khan Try Their Hands on Pottery as They Vacay in Dharamshala | See Pics

As reported by Times Now, the actress mentioned that both she and Saif make sure either one of them is present with Taimur every day. She also said that her husband understands her passion for work and therefore, he does everything in his powers to ensure their kid is having his time with his parents. Kareena said, “The day I am shooting, I think Saif always tries to tell me and encourage me and say that okay ‘if you are shooting today then don’t worry. I will try and be at home as much as I can to be with Taimur”. Also Read - Saif Ali Khan Contemplating to Back-Off From His Autobiography, Says 'Not Prepared To Go Through Abuse'

Also Read - Saif Ali Khan's Son Ibrahim Ali Khan All Set For a Bollywood Career, Actor Says Both His Sons Will be Actors 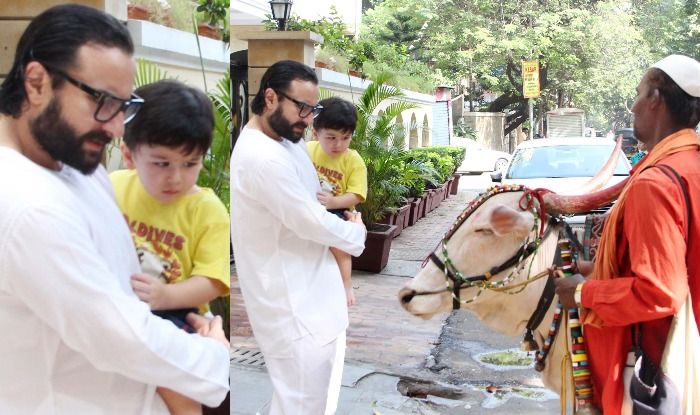 Earlier as well, Kareena has praised Saif for how well does he fulfil his fatherly-duties. She revealed that Saif always makes sure Taimur learns humility and doesn’t get carried away by all the attention he gets from the paparazzi. Talking to Filmfare, she revealed that she had a word with Saif before Taimur was born about the attention he is going to get. “When I was pregnant, both Saif Ali Khan and I had spoken about this and how we’d handle it. He was like there’s nothing to hide. He’s our child and this is the way it’s going to be. He’s going to be photographed, so be it. It’s convenient for stars when they want to be clicked… like at events while putting on makeup, wearing an outfit… and so on. So why hide your child? We’re pretty open and clear about it,” mentioned Kareena.