Karishma Tanna And Ranveer Singh Team Up For Commercial, Take Selfies In Between Shoot – See Pics

Karishma Tanna, who was recently seen in Sanjay Dutt‘s biopic Sanju playing the role of Pinky, Vicky Kaushal’s girlfriend has recently shared screen space with actor Ranveer Singh for a commercial. Karishma shared selfies of the shoot with Ranveer on her Instagram but soon took it down. Ranveer is surely a fun person to be around and the actor has once again proved it in these pictures taken by Karishma where the duo is seen pouting. The two were wearing white and grey superhero outfits and Ranveer was holding a weapon in his hand.Also Read - Ranveer Singh Fans React to Pearl Necklace He Wore With Gucci Outfit: Bhai Motiyoo Ki Mala Chahiye

The Naagin 3 star spoke about her experience working with Rajkumar Hirani and how Hirani told her that she was the perfect actor to play Pinky’s role. On working with Ranbir Kapoor and Vicky, Karishma said that they both are brilliant actors and one can learn a lot from them. She added that it was overall an amazing experience working with the team. She somehow knew that she would be playing a cameo but accepted the role since she liked it and that it would not go unnoticed. She went on to add that she does not mind doing cameos in her future. Also Read - Karan Johar's Dream Project Takht Shelved Due To 'Controversial Mughal History'? 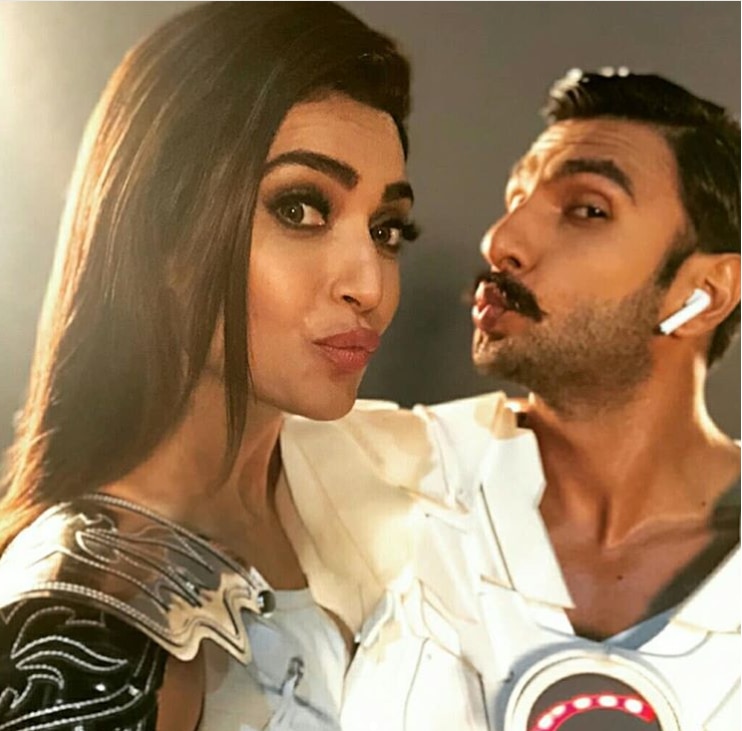 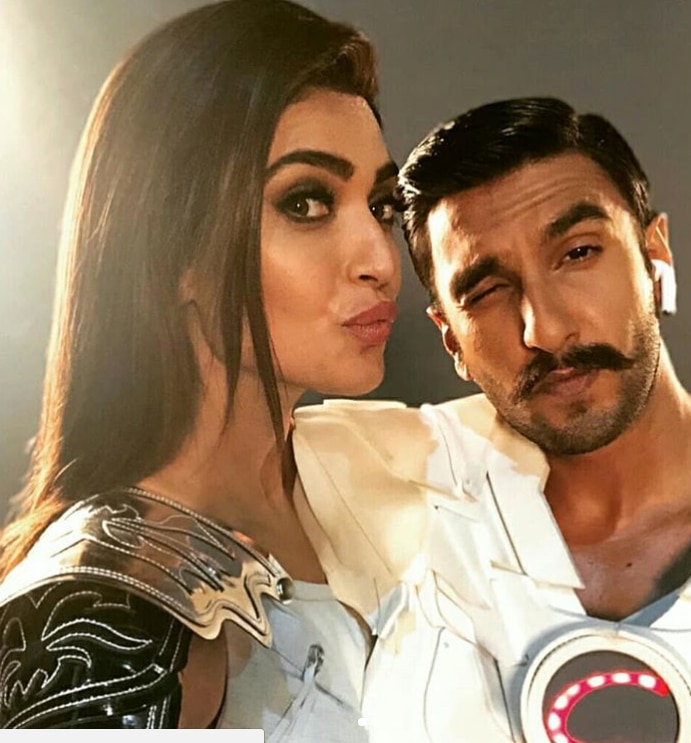 Karisma is also starring in the third instalment of the popular TV series, Naagin. She says she felt overwhelmed when she was approached by Balaji Telefilms to play a shape-shifting snake in the third part of the popular supernatural show “Naagin”. Producer Ekta Kapoor announced the news of the actress joining the cast of “Naagin 3” on social media in April. “When Balaji approached me, it was very overwhelming because I am working with them after a long time. I started my career with them. So, when I got a call from Balaji, it was like a dream come true. It was like working with my family again,” the “Kyunki Saas Bhi Kabhi Bahu Thi” actress told IANS.