Irrfan Khan–Dulquer Salmaan and Mithila Palkar starrer Karwaan is slated to hit screens on August 3. The film is special as it happens to be South heartthrob, Dulquer, and internet sensation, Mithila’s debut film. Well, today the makers have revealed a new poster of the film, that has us excited and intrigued for the trailer releasing tomorrow.Also Read - Irrfan Khan's Son Babil Begins Shooting For His Bollywood Debut Film With Shoojit Sircar, Misses His Father

The poster is quite vibrant and has Irrfan, Dulquer and Mithila smiling as they get ready to embark on an adventurous trip. The poster reads, “3 Lost Souls, 2 Dead Bodies… A Journey of a Lifetime.” Helmed by debutant director, Akarsh Khurana and bankrolled by Ronnie Screwvala, the film has been extensively shot in Kerala. Also Read - Irrfan Khan Did Not Want To Belong To This World, Reveals Son Babil Khan in Long Emotional Post

Take a look at the poster below : 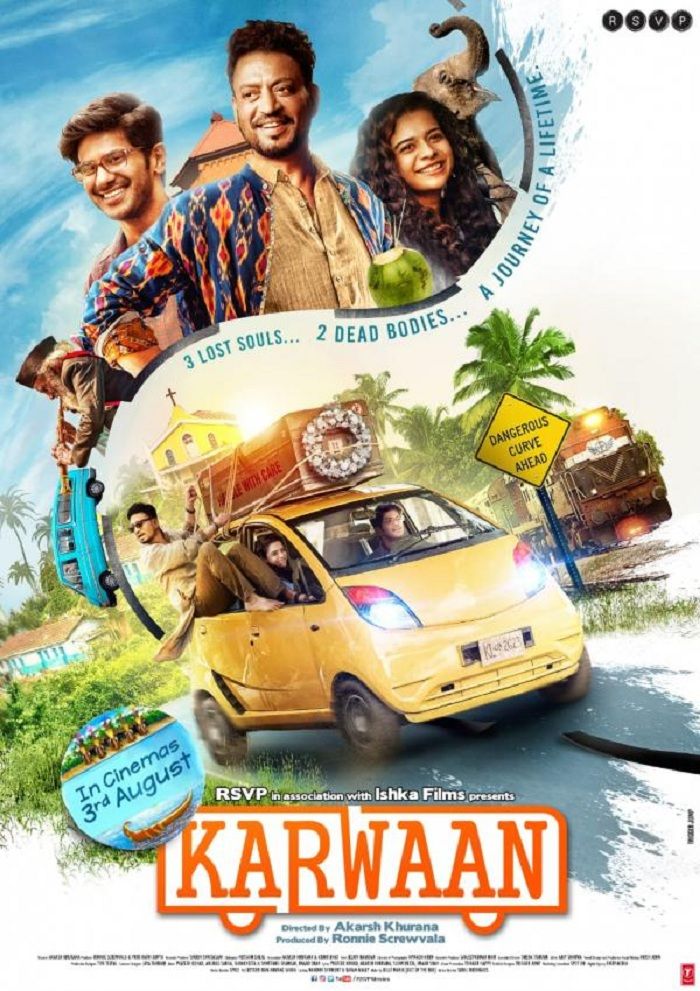 Also Read - Irrfan Khan's Son Babil Pens A Note For His Mom: No One Cares, Except My Mumma

The film was to previously hit screens on August 10,2018. However, it was only a few days ago when the makers announced that the film would release on August 3 this year. The film will be clashing with Aishwarya Rai Bachchan-Anil Kapoor-Rajkummar Rao starrer Fanney Khan. Meanwhile, Irrfan Khan is currently undergoing treatment for a serious and rare cancer, called neuroendocrine tumor.

During an interview with The Times of India, Irrfan spoke about life and priorities after the ailment’s diagnosis, “I was part of a trial-and-error game. I had been in a different game, I was travelling on a speedy train ride, had dreams, plans, aspirations, goals, was fully engaged in them. And suddenly someone taps on my shoulder and I turn to see. It’s the TC: ‘Your destination is about to come. Please get down.’ I am confused: ‘No, no. My destination hasn’t come.’ ‘No, this is it. This is how it is sometimes.’ The suddenness made me realise how you are just a cork floating in the ocean with UNPREDICTABLE currents! And you are desperately trying to control it.” Well, let’s hope the actor recovers well before the promotions of the film begin. We bet his fans are waiting to see him in action. Don’t you think? Let us know in the comments’ section below.