Sara Ali Khan and Sushant Singh Rajput‘s starrer Kedarnath has opened to mixed reviews at the Box Office. The film, which is a Bollywood launchpad for Sara, was released this Friday. The day one collection of Kedarnath stands at Rs 7. 25 crore. The film, which is set in the backdrop of the devastating 2013 Uttarakhand flood, is essentially a love story of a Hindu girl and a Muslim boy. The Abhishek Kapoor‘s directorial faced a ban in the state of Uttarakhand, which seems to have affected its performance at the Box Office. Also Read - Sushant Singh Rajput Suicide Case Latest News: Shekhar Suman Says Actor's Family 'Misguided' After 'Political Mileage' Criticism

While the film’s opening day performance looks mild, it is expected to pick up the trend during the weekend, especially in Delhi-NCR and in the multiplexes of big cities in UP. The film’s female lead, Sara has received a wide applause for her performance in the film and that’s something which can attract more audience to the theatre. Also Read - In Saroj Khan's Last Instagram Post, She Mourned Sushant Singh Rajput's Demise And Said 'You Could Have Spoken to an Elder' 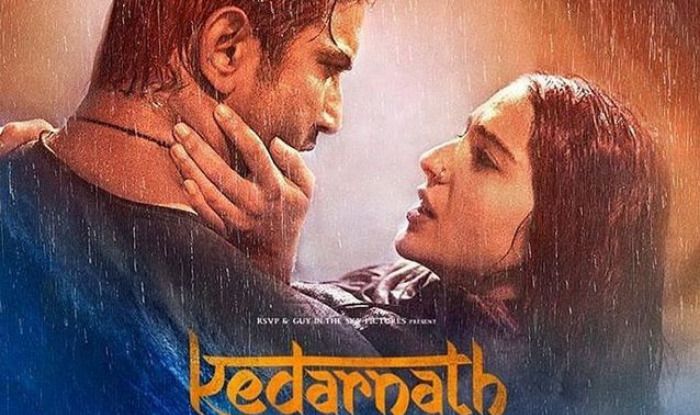 Trade analyst Taran Adarsh took to Twitter to reveal the first-day collection of the film and wrote, “#Kedarnath takes a healthy start… Biz picked up during the course of the day… Sat and Sun biz crucial… Fri ₹ 7.25 cr. India biz. [sic]

Kedarnath is said to be a potent combination of love and religion, passion and spirituality. The floods that took the lives of over thousands of people have acted as a powerful backdrop for this epic love story. In the film, Sushant plays the character of Masood, a pithoo, who carries the pilgrims uphill to the temple. Sara essays the role of Mandakini, a free-spirited daughter of a staunch Hindu father. The two fall in love with each other but the tragedy, combined with the religion and class differences, make it difficult for the lovers to be together.