After the success of Kabir Singh, Kiara Advani is the first choice for director Anees Bazmee and producer Bhushan Kumar to be paired opposite Kartik Aaryan in Bhool Bhulaiyaa 2.

After it was announced last month that actor Kartik Aaryan will feature in the sequel to 2005 horror-comedy Bhool Bhulaiyya, the makers now seem to have decided on their female lead. As per a report in a daily, actor Kiara Advani has been roped in opposite Kartik to spearhead Bhool Bhulaiyaa 2. The film is being directed by Anees Bazmee, produced by Bhushan Kumar and co-produced by Murad Khetani. The two also backed Kiara and Shahid Kapoor starrer Kabir Singh that hit the screens recently. An official announcement regarding Kiara’s entry into the sequel is still awaited.Also Read - Akshay Kumar in Kartik Aaryan's Bhool Bhulaiyaa 2? Anees Bazmee Says Special Role Being Written For The Khiladi

Earlier last month, many posters of Bhool Bhulaiyya were released in which Kartik was seen dressed in saffron outfits. His look in the film seemed similar to that of Akshay Kumar who played the lead in the 2005 film, directed by Priyadarshan. Bhool Bhulaiyya, that featured Vidya Balan in the lead, was a remake of 1993 Malayalam film titled Manichitrathazhu featuring Mohanlal and Shobana. In the psychological thriller-comedy, Vidya’s character develops a dual personality disorder after she starts considering herself as a famous dancer Manjulika. Actors Shiney Ahuja, Ameesha Patel, Paresh Rawal, Rajpal Yadav and Manoj Joshi also played important roles in the film. Also Read - Akshay Kumar Fans Not in Awe of Kartik Aaryan Leading Bhool Bhulaiyaa 2, Insist Bollywood to 'Ditch Sequels' 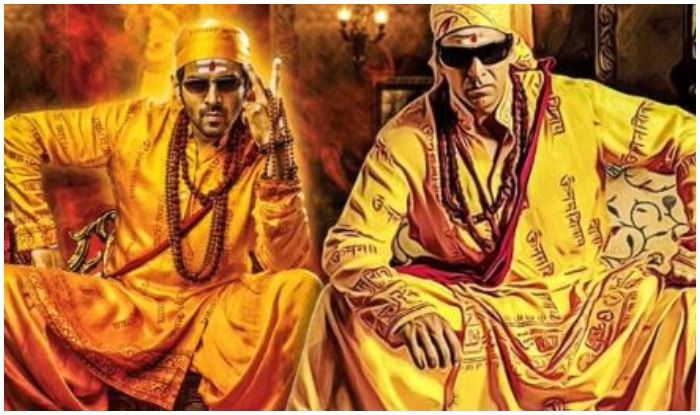 When the announcement of Bhool Bhulaiyaa 2 was made with Kartik in the lead, many of Akshay’s fans criticised the makers for not having their favourite star back as the main man. Recently, when director Anees Bazmee was asked to comment on the same, he said a special role for the Khiladi-star is being written and his fans would be able to see him playing an important part if he accepts the film. Bhool Bhulaiyaa 2 is set to release in July next year. Also Read - Bhool Bhulaiyaa 2 First Look: Kartik Aaryan Looks Exactly Like Akshay Kumar in His Yellow Toga