Kriti, on the other hand, gave more insight into the day and captioned her pictures as, “girl squad” and “A Sunday spent well with happy faces, yummy food and memorable conversations.. Thank you @farahkhankunder for being such a fabulous & entertaining host always!” (sic)

A Sunday spent well with happy faces, yummy food and memorable conversations.. ❤️Thank you @farahkhankunder for being such a fabulous & entertaining host always!

Ur house has the best light for pictures and the bestest food too! (Will eat more next time when my stomach allows😜) love you Farah ma’am @farahkhankunder 🤗🤗❤️❤️ 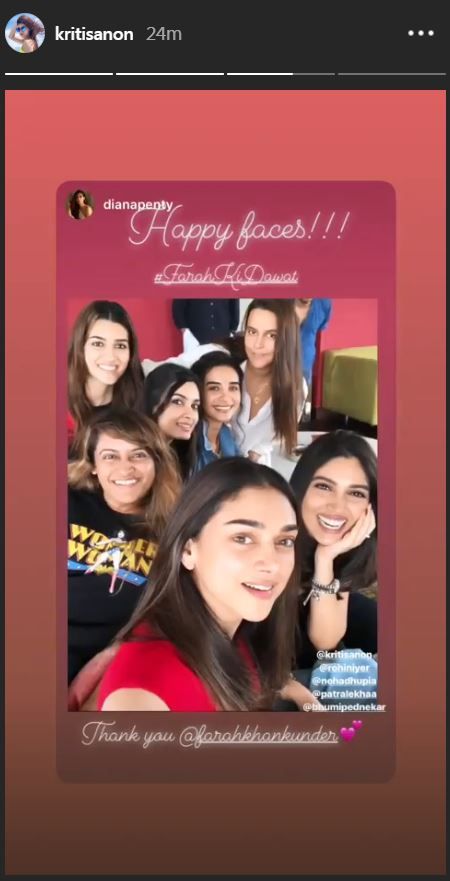 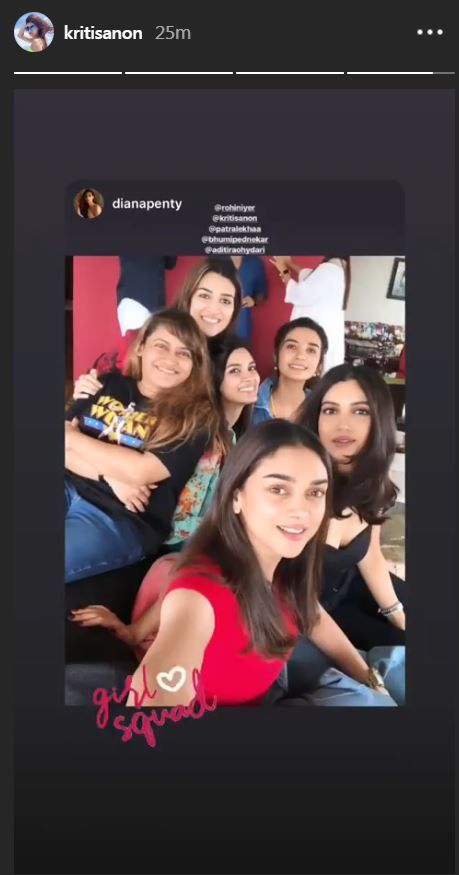 On the professional front, Farah is reportedly coming up with the remake of Amitabh Bachchan’s Satte Pe Satta along with director Rohit Shetty. Speculations were rife that actors Hrithik Roshan and Deepika Padukone will be seen in the remake of 1982 Hindi film Satte Pe Satta that’s being made by Farah Khan and Rohit Shetty. While the industry was abuzz with the rumours of Hrithik stepping into the shoes of Amitabh Bachchan to spearhead the film, the actor hasn’t given any confirmation on the film yet. The team of Satte Pe Satta-remake is yet to announce the film officially. It is, however, believed that Farah has already finalised her script and has tweaked the old story to suit the modern audience. A few reports also suggested actor Abhishek Bachchan being approached for the film.