Kriti Sanon-Madhuri Dixit are enough glamour combo to last a week and THESE viral pictures and videos are proof!

The promotions of her upcoming movie, Arjun Patiala, are in full swing but for actress Kriti Sanon, her high point in life came when she met her idol Madhuri Dixit on the sets of the latter’s dance reality show. Posing non-stop with Madhuri who is one of the judges of the show, Kriti set the night on fire as she flooded the Internet with pictures and videos. Also Read - Kriti Sanon Looks Breathtaking in a Perfect Date-Night Outfit Worth Rs 4k Only, See PICS

Sharing the same on her Instagram handle, Kriti was seen donning a sexy wine-coloured saree with bright pink floral prints while Madhuri was seen dressed in a flowy peach-coloured deep-neck gown with sequins embroidery. Brightening up the frame with her uncontained happiness, Kriti flashed her million dollar smile and captioned the pictures as, “Fangirl moment for me!!
Used to copy her moves and expressions while i danced in front of the tv.. sitting next to her, talking to her and now dancing with her feels too surreal! @madhuridixitnene ma’am, there’s no one like you!! ” (sic). Also Read - Bachchan Pandey: Akshay Kumar, Kriti Sanon’s Film to go on Floors in January 2021

Fangirl moment for me!! 😍😍 Used to copy her moves and expressions while i danced in front of the tv.. sitting next to her, talking to her and now dancing with her feels too surreal! ❤️❤️ @madhuridixitnene ma’am, there’s no one like you!! 🤗😍💃🏻 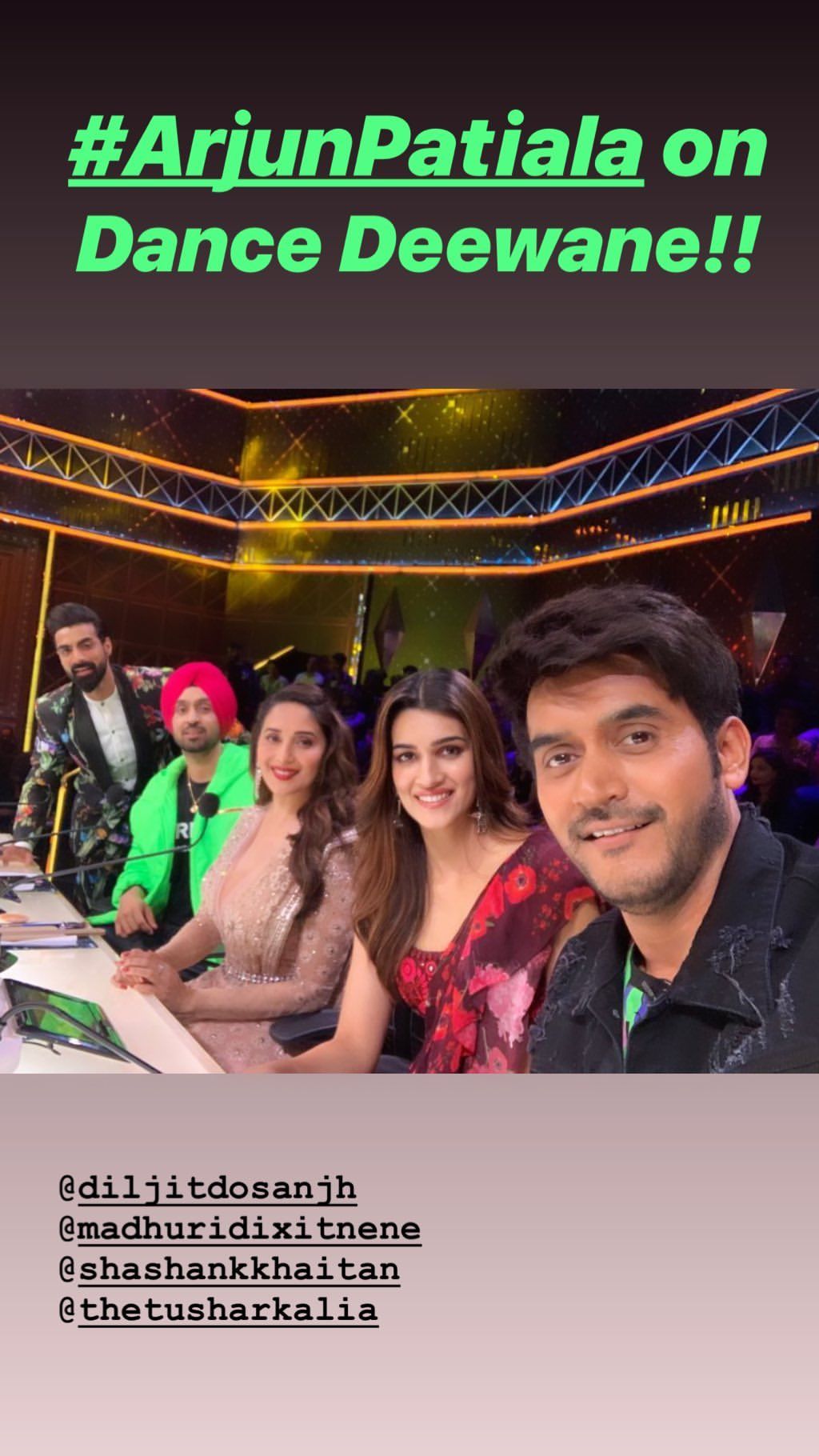 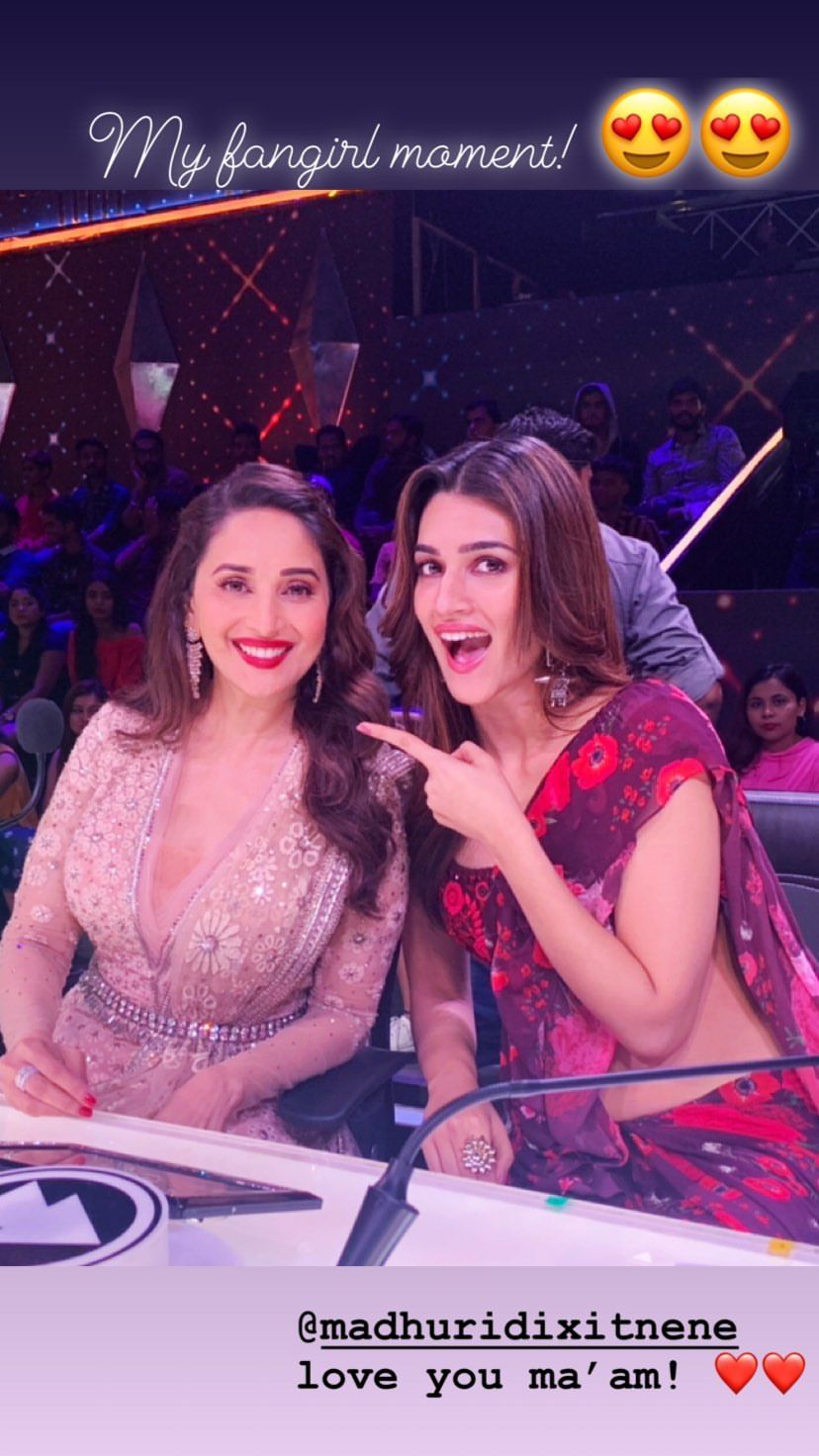 From sharing intriguing videos to giving random sneak-peeks into behind the scenes of the Rohit Jugraj starrer, Kriti is doing all in her power to maintain the hype around the movie which will also star Varun Sharma and an item number by Sunny Leone. Kriti will be seen playing a smalltown journalist in Arjun Patiala while Diljit will essay the role of a cop. This will be the second time that Diljit will be seen playing a cop. He was earlier seen essaying the role of a cop in Kareena Kapoor and Shahid Kapoor’s film Udta Punjab. The film marks Kriti and Diljit’s first collaboration together apart from starring Fukrey fame Varun Sharma.

Recently, the makers of the film had released a funny promo video of Diljit and Varun getting a lesson about marketing from the leading lady Kriti. The clip surely made the fans even more curious to watch the trailer of the film. Produced under the banners of Maddock Films and T-Series, the movie has been directed by Rohit Jugraj and will hit the cinema screens on July 26.