Laal Singh Chaddha has been shot in over 100 locations across India and will be released on April 14, 2022, in theatres.

Mumbai: Aamir Khan and Kareena Kapoor Khan starrer Laal Singh Chaddha is one of the most awaited movies. While fans are eagerly awaiting the release of the movie, the recent development might leave them even more excited. Reportedly, after watching the first cut of the film, the makers have loved Aamir Khan and Naga Chaitanya’s on-screen Jodi and their performances to the extent that they have decided to incorporate more scenes of the actors in the movie.

A source informs, “After watching the first rush of the film, especially the scenes featuring Aamir and Naga, the makers were taken by surprise with the way they have turned out to be. Unanimously, filmmaker Advait Chandan and writer Atul Kulkarni feel Aamir and Naga’s on-screen chemistry is one of the biggest USPs of the film and so they mutually decided to incorporate more scenes of the actors that would benefit the film making it all the more interesting.” 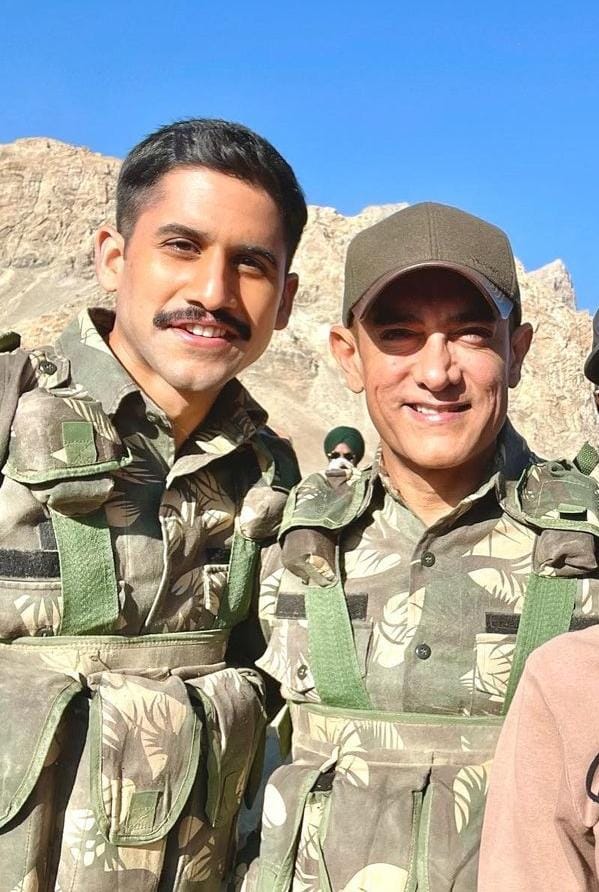 If sources from the sets are to be believed, the makers plan to make Aamir-Naga’s Jodi as famous as Aamir-Salman Khan Jodi from the comedy classic ‘Andaaz Apna Apna’.

Laal Singh Chaddha is produced by Aamir Khan and Kiran Rao. It has been directed by Advait Chandan with music by Pritam and lyrics by Amitabh Bhattacharya. The movie is based on the 1994 Tom Hanks blockbuster Forrest Gump which is based on Winston Groom’s 1986 novel of the same name.

Laal Singh Chaddha has been shot in over 100 locations across India. The movie will release on Baisakhi i.e April 14, 2022, in theatres worldwide.