The fashion game is all set to rage up at Cannes Film Festival 2019 as after Aishwarya Rai Bachchan, Bollywood’s fashionista Sonam Kapoor has touched down Nice, France on Sunday afternoon and fans can’t wait to see her red carpet look. Warming up before revealing her couture ensemble, Sonam shared some videos of her room at Hotel Martinez that hosts the festival’s guests as sister Rhea Kapoor relaxed on the couch. Also Read - List of People NOT Invited to Varun Dhawan-Natasha Dalal's Wedding in Alibaug on Sunday

Dropping the news on her Instagram handle, Sonam sent her ‘hello’ all the way from the French Riviera and fans couldn’t keep calm. Looking effortlessly chic, Sonam opted for a striped blazer paired it with blue ankle length pants and teamed her look with square sunglasses and a pair of flat pumps. Flaunting her grey tote, Sonam captioned the boomerang as, “Bonjour de Cannes! @festivaldecannes @roksandailincic : @thehouseofpixels #chopardparfums” (sic). Also Read - Sonam Kapoor-Anand Ahuja Welcome 2021 With a Kiss And All The Warmth of Love by Their Side

Once inside Hotel Martinez, Sonam gave a sneak-peek of her suite overlooking the cruise-lined harbour while a jet-lagged Rhea sat chilling in one corner of the couch. Though Sonam’s look for the festival is yet to be unveiled, the actress is obviously excited as this is Sonam’s 10th year in the French Riviera. 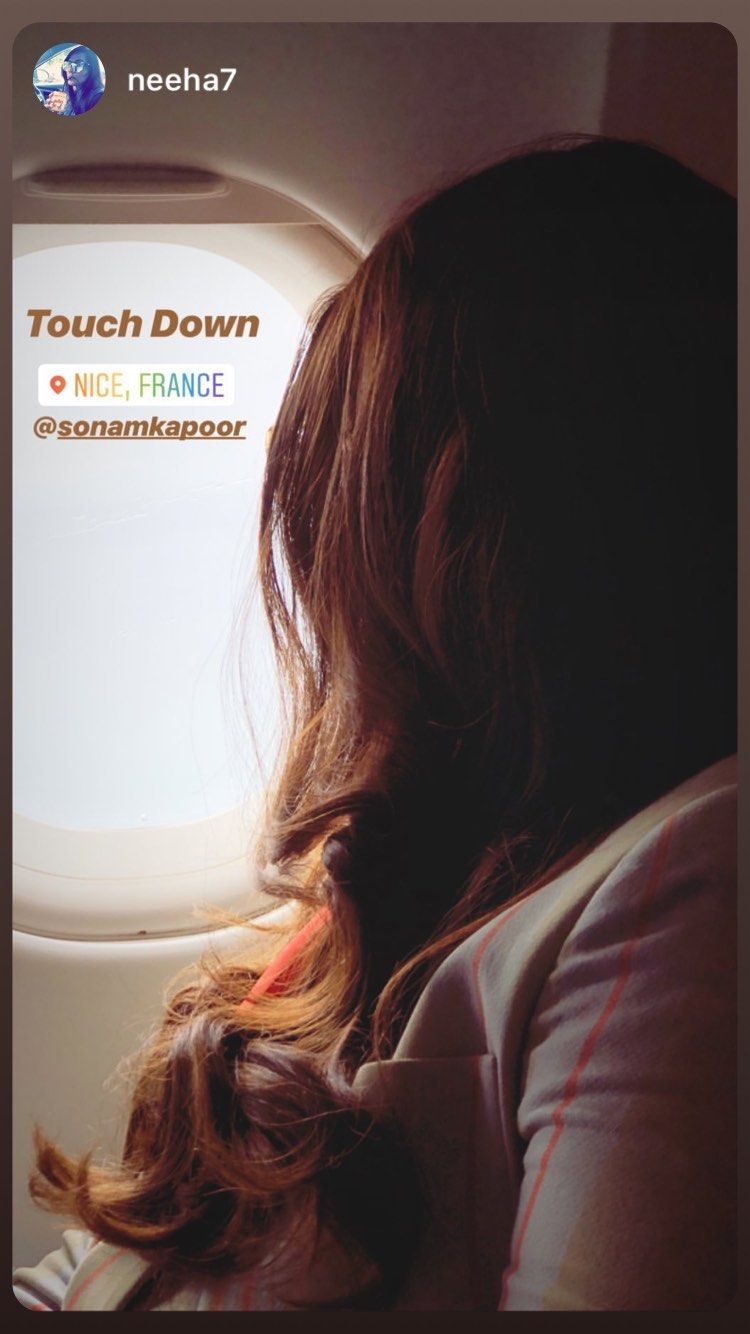 Giving certain hints to Sonam’s look at the red carpet this year, Rhea had earlier revealed to IANS, “I think this year we are going to focus on simplicity and elegance… It will be more on Sonam’s personality and where she is in her life right now. See, this is a very beautiful phase of her life where she is very happy, content and emotionally secure. So, it should come across in the clothes and the looks.”

On the professional front, Sonam will be next seen in The Zoya Factor with Dulquer Salmaan which is based on a famous novel by Anuja Chauhan. Directed by Abhishek Sharma, the film is slated to release on June 14, 2019. She will also be making her digital debut with a web series where she will be unravelling some of her style secrets.