Here are the latest pictures of Malaika Arora-Arjun Kapoor

Actors Arjun Kapoor and Malaika Arora were spotted holding onto each other as they got clicked outside designer Vikram Phadnis‘ house in Mumbai. The couple went to offer their condolences to the designer after his mother passed away recently. Arjun held Malaika’s finger the entire time as they exited the building. The designer accompanied the two. Check out the photos here: Also Read - Malaika Arora's Home Remedies For COVID-19 - Kashmiri Kahwa, Ginger Powder And More 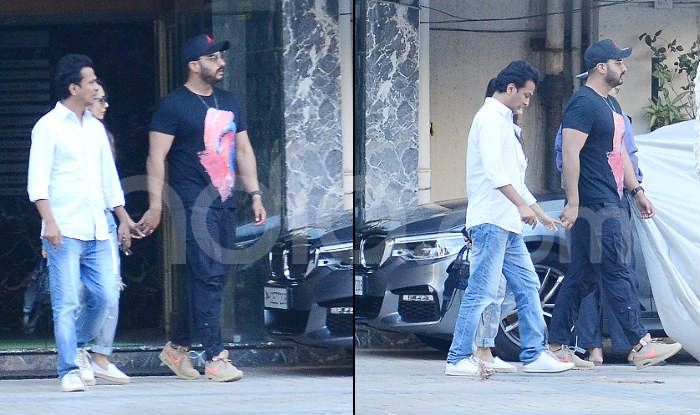 Before paying a visit to Phadnis, Arjun had lunch with Malaika and her son Arhaan Khan. The pictures of the three from outside a popular eatery in Mumbai are currently going viral on social media. Also Read - Malaika Arora Announces Her COVID-19 Diagnosis After Arjun Kapoor, Says 'I am Feeling Fine'

Recently, Malaika was also seen going out on dinner with Arjun’s folks that included Sanjay Kapoor-Maheep Kapoor, Shanaya Kapoor, and Rhea Kapoor among others. Not just that, Arjun-Malaika have attended many Bollywood parties together. They have been spotted by the paparazzi making an entry together in a car and then posing for photographs with their friends. 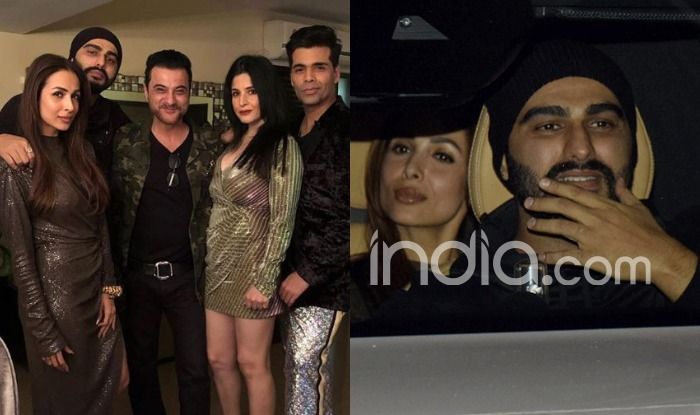 Even though they aren’t shying away from going public with their relationship, seems like none of the two is ready to talk about it openly in the media. Earlier, when asked about his dating life on Koffee With Karan, Arjun confessed that he has been seeing someone but refused to divulge more details. Similarly, when Malaika was asked to comment on her relationship status, she said that she doesn’t want to talk about her personal life in the media.

She was quoted by Hindustan Times saying, “I never answer personal questions. Not that I shy away from answering or whatever. I just don’t feel comfortable talking about my personal life. And whatever my life has been, everyone is aware of it. I don’t need to be talking about it. I am just enjoying my life – it’s beautiful and precious.”