Malaika Arora looks all fit and fabulous as she tries her hands at playing cricket with son Arhaan Khan and his friends outside her building. Here are the pictures.

Actor Malaika Arora found a little time to herself on Monday evening and played cricket with her son Arhaan Khan. The actor was clicked by the paparazzi outside her building with Arhaan and their dog. Wearing a black t-shirt and a pair of denim shorts, the Bollywood diva tried her hands at cricket and made the most of her Monday evening. A few of Arhaan’s friends were also spotted participating in the game.Also Read - Malaika Arora's Latest Traditional Look in Anamika Khanna Lehenga Reminds us of Her Costume in 90s Iconic Song 'Chaiyya Chaiyya', See Pics

Malaika, who recovered from COVID-19 in September is now focussing on building her immunity back. She’s seen taking regular morning and evening walks with her dog. The actor is also back to work and performing her judging duties well. The reality show India’s Best Dancer that she was judging with Terence Lewis and Geeta Kapur recently aired its grand finale episode. Malaika gave a scintillating dance performance on the show and wrapped the season on a high note. Several pictures and videos of the actor burning the stage with her sizzling dance moves were shared online by fans. Also Read - Malaika Arora Performs Utkatasana to be Fit, Reasons Why You Should Also do it 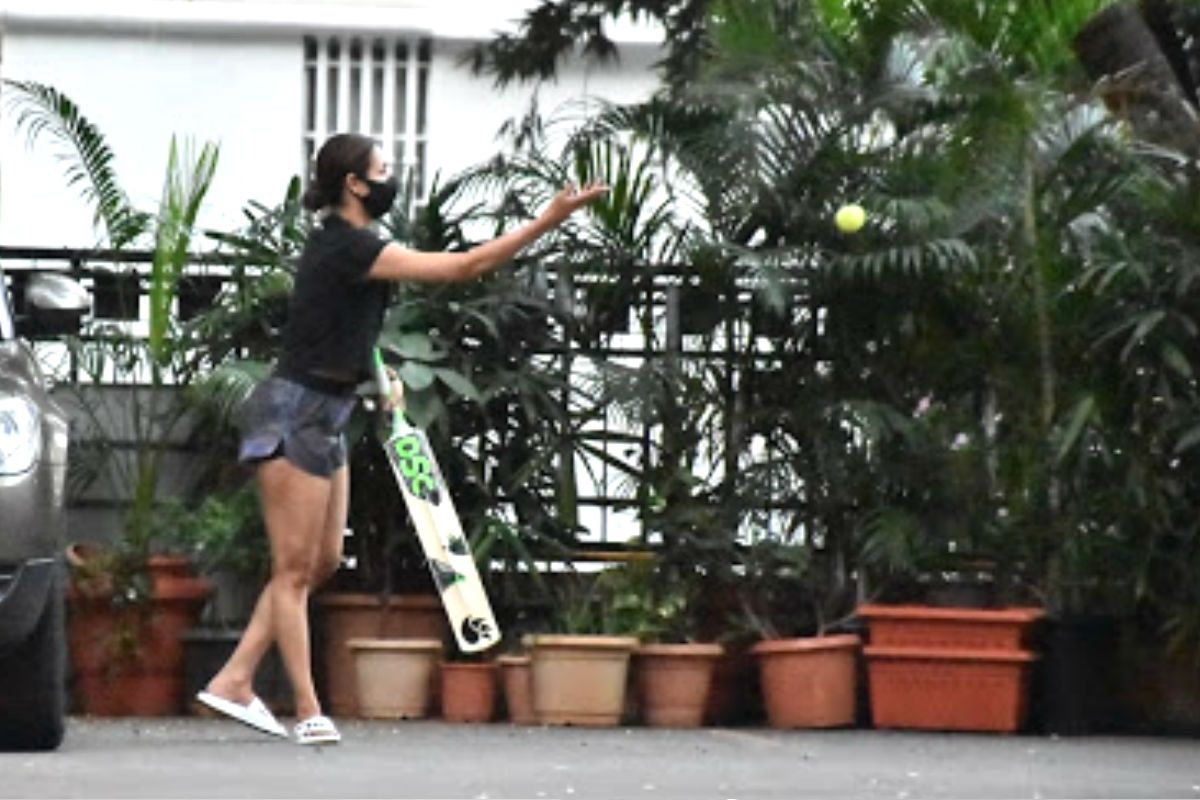 Before shooting for the grand finale episode, she took a mini trip to Dharamshala to celebrate Diwali with her rumoured beau Arjun Kapoor, and friends Kareena Kapoor Khan-Saif Ali Khan. The actor even took to Instagram to share some beautiful photos of herself and the gang while wishing her fans on the festival last week. Also Read - Malaika Arora Looks Smoking Hot in Rs 84k Mini Dress, See PICS

No information regarding her upcoming projects is out yet!