Irrfan Khan's wife Sutapa Sikdar posts never-seen-before photos of the late actor while remembering him a month after his demise.

A month after actor Irrfan Khan passed away from cancer in Mumbai, his wife Sutapa Sikdar remembered him with a beautiful Facebook post. The popular actor left the world for his heavenly abode on April 29 and telling all that their bond is beyond death, Sutapa took to Facebook and posted a never-seen-before picture of Irrfan along with a note that brings tears to one’s eyes. In the note, she wrote about meeting her late husband at a place which is away from the worldly things.Also Read - Irrfan Khan Donated For COVID-19 Patients But Didn't Want Anyone to Know, Late Actor's Friend From Jaipur Reveals All 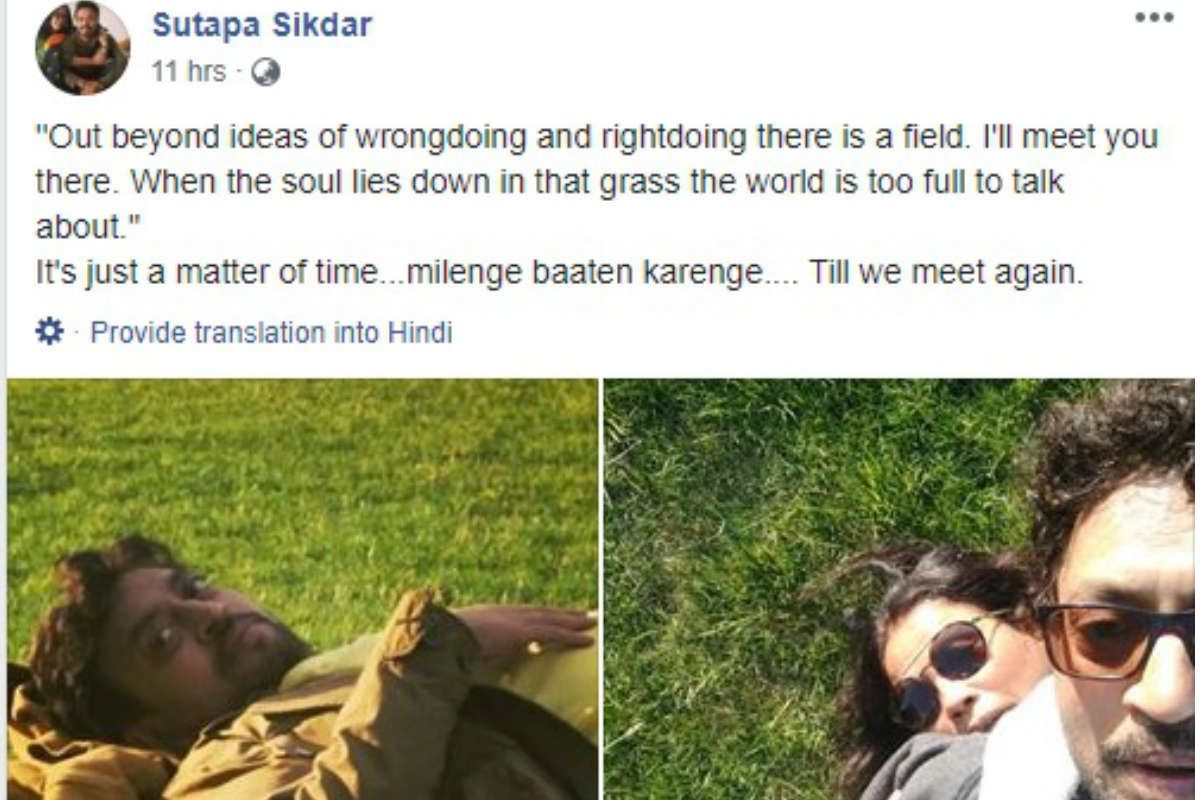 Sutapa has been holding a brave face by asking the fans to stay strong when her own world has crashed down. She asked the fans to remember Irrfan in their hearts by helping others and doing the right thing in life. Sutapa and their son Babil-Ayaan also planted a ‘raat ki rani’, Irrfan’s favourite plant, where the actor was laid to rest. Also Read - Vishal Bharadwaj Honours His Friend Irrfan Khan With a Screenplay That Breaks Heart Into Pieces

Recently, one of Irrfan’s close friends in the industry – Vishal Bharadwaj,  who has also directed the actor in Maqbool, 7KhoonMaaf and Haider among other films, dedicated a screenplay to his dear friend. Explaining how he stood alone at the edge of Irrfan’s grave while looking at his heavy eyelids for the one last time in this world, Vishal recalled all the happy-sad moments he got to spend with Irrfan in his lifetime.

Irrfan passed away after a two-year-long battle with the neuroendocrine tumour. He breathed his last at Mumbai’s Kokilaben Hospital. May his soul rest in peace!