Neetu Kapoor dropped a picture of a new friend and it is none other than Alia Bhatt’s cat, Edward. Ranbir Kapoor and Alia Bhatt jet-off to the Maldives to have a relaxing holiday amid the coronavirus pandemic.

Mumbai: Actor Neetu Kapoor dropped a picture of a new friend and it is none other than Alia Bhatt’s cat, Edward. Taking to Instagram stories, she shared a picture of white furry cat Edward and wrote, “My new friend Edward friendship started with a wink.” A few days back, Ranbir Kapoor and Alia Bhatt jet-off to the Maldives to have a relaxing holiday amid the coronavirus pandemic. It looks like Alia left her cat with Neetu Kapoor while she will be away.Also Read - Priyanka Chopra Spills The Beans on Jee Le Zara, Raising Kids in Scary Times: 'World is a Bit Fractured' 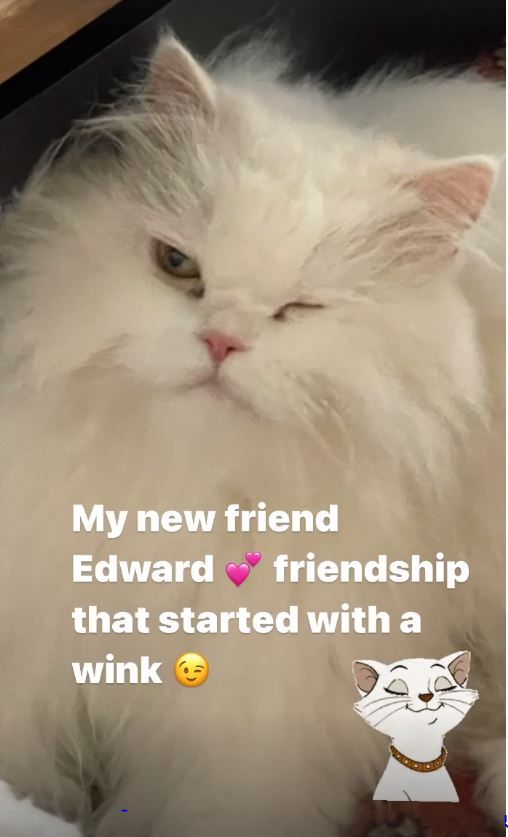 Alia often shares pictures with Edward. Last month, she shared a close-up photo with her cat. Check out some of Alia’s posts with Edward. Also Read - Alia Bhatt is Nervous as She Begins Shoot of First Hollywood Project: ‘Feels Like Newcomer’

Meanwhile, in an interview with Rajeev Masand last year, Ranbir had revealed that the duo were set to get married in 2020 but the pandemic happened. He said, “It would’ve been sealed had the pandemic not hit our lives. I don’t want to jinx it by saying anything. I want to tick-mark that goal very soon in my life. “My girlfriend Alia is a bit of an overachiever, and she probably took every class there is — from guitar to screenwriting. I always feel like an underachiever next to her. But no, I didn’t take any classes. Initially, we were dealing with the family crisis, and then I got into reading, spent time with my family, and I watch two-three films every day.”

Meanwhile, on the work front, Ranbir and Alia are all set to feature together for the first time in Ayan Mukerji’s Brahmastra. The film also stars Amitabh Bachchan, Nagarjuna Akkineni, and Dimple Kapadia. Earlier, Ayan said, “the film will offer the audience something that’s really new and amazing and next level.”