Neha Dhupia and Angad Bedi were finally seen taking their newborn daughter, Mehr Dhupia Bedi, home. The couple was clicked with the baby by the paparazzi outside the hospital. Wearing a comfortable blue dress with a white shrug, Neha looked radiant as a new mommy. She was snapped holding the baby in her arms as hubby Angad stayed by her side. The two posed for the shutterbugs with the baby as soon as they came out of the hospital.Also Read - Neha Dhupia Says She Got Fired From Projects After Pregnancy: 'Can't Talk of Women Empowerment if Not Leading by Example'

One can also see a glimpse of the little munchkin in a few pictures. Earlier, Mehr’s grandfather, Bishan Singh Bedi posted the first picture of the baby on Twitter thanking God and well-wishers for blessing the family. He posted the picture and wrote, “U Little Beauty MEHR..another Lifeline for Grandparents…Both Maternal & Paternal..Aren’t we Blessed..?!! Yes All of it by Guru’s MEHR Only..GodBless Little One..Welcome to this Journey..Ordained by Almighty WaheGuru..!!”. Here’s the picture that he posted: Also Read - Neha Dhupia on Shooting During Pregnancy, Leading With Example & 'A Thursday' | Exclusive Interview

Also Read - A Thursday Review: Yami Gautam-Neha Dhupia Starrer is a Derivative of 'A Wednesday' And 'Madaari'

Now check out Neha-Angad’s latest photos with the baby: 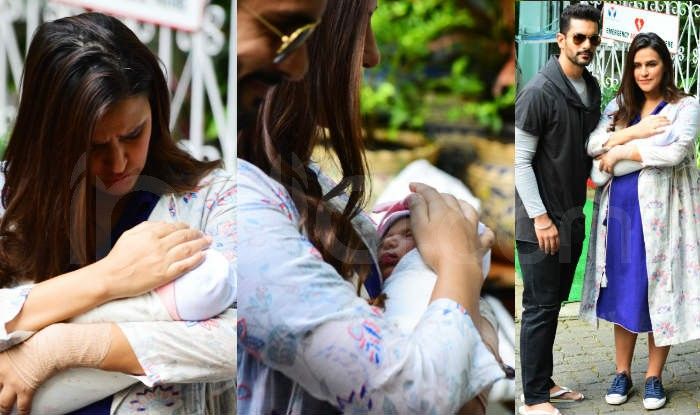 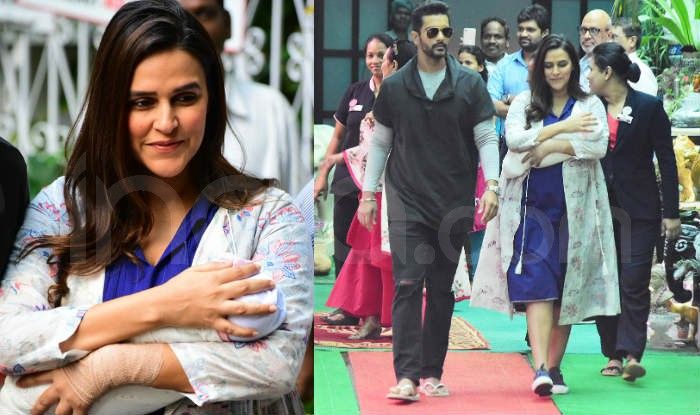 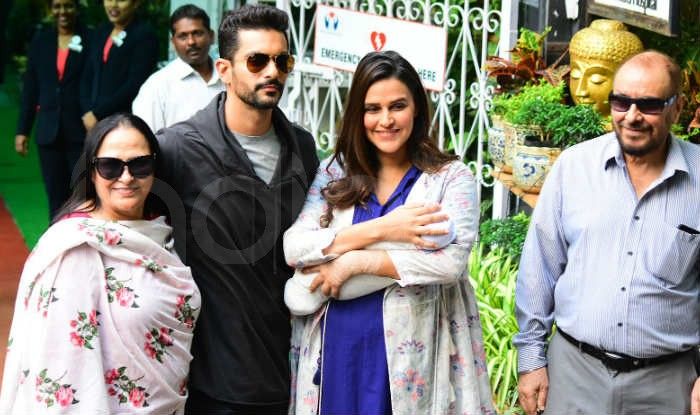 The actress gave birth to Mehr on November 18. The ecstatic couple took to Twitter to announce the name of the daughter when daddy Angad posted a picture of the baby’s feet and wrote, “Waheguru MEHR kare”. Here’s what he posted:

Post this, choreographer and filmmaker Farah Khan took to social media to post a picture of the new parents as she visited Neha at the hospital. She wrote, “Happiest mum n dad @nehadhupia & @angadbedi .. tired n ecstatic at the same time.. ur baby is just beautiful bless”.

Neha and Angad got married in an intimate Sikh wedding ceremony earlier this year. As soon as the news of their wedding got out, the rumours started surfacing that the reason behind their hush-hush wedding was Neha’s pregnancy. The couple denied all the rumours and it was only on August 24 that the actor revealed they were expecting a child by posting a few stunning pictures from Neha’s pregnancy photoshoot.