Singer Neha Kakkar is in news these days for her alleged breakup with actor Himansh Kohli. She has been making some cryptic social media posts, hinting at her breakup with the actor, who recently surprised her on the sets of reality show Indian Idol 10, that Neha co-judges with Anu Malik and Vishal Dadlani. Her social media posts are filled with some notes that apparently imply that Neha is indeed heartbroken. And her reply to a question in the media recently just adds fuel to the fire. Also Read - TRP Report: Anupama Beats Yeh Rishta Kya Kehlata Hai to Top Week 1, Naagin 5-Taarak Mehta Slip From Top Five

As reported by Spotboye, Neha was asked a question about Himansh at an event recently and the singer gave the most shocking answer. Without giving much away about what’s happening in her life currently, Neha just refused to know Himansh. She simply said, “Which Himansh”. Also Read - Indian Idol 12: Himesh Reshammiya Breaks Down In Tears After Mohammed Danish's Performance, Know Here Why 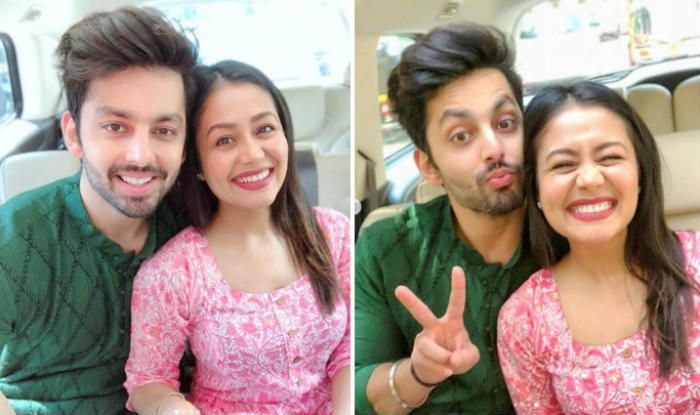 Seems like Neha is dealing with a difficult phase in her life. She also broke down on the sets of Indian Idol 10 after listening to an emotional song. The singer also made another post on social media after the incident and wrote, “I know now everybody’s gonna talk about it now.. People are gonna judge me.. pata nahin log kya bolenge.. some people are gonna say things which I haven’t even done but koi nahin.. mujhe aadat ho gayi hai sab snne ki.. sab sehne ki”.

Earlier, on the singing reality show, Himansh professed his feelings for Neha. The latter also stated that the actor would surely be one of the guys she would consider when she would think about marriage.

On the professional front, Neha’s song Aankh Marey from the film Simmba is topping the chartbusters. She has also crooned the revamped version of Chamma Chamma that features Elli Avram. It is composed by Tanishk Bagchi and the lyrics are penned down by Shabbir Ahmed. The song is from the film Fraud Saiyyan which stars Arshad Warsi and Sara Loren in lead roles.