Sushmita Sen recently posted an Instagram video of her grooving to her popular number  — Dilbar, from 1999 film Sirf Tum. The actress can be seen doing some strict workout on the song and all because she’s a legendary diva, Sushmita is acing every step of her performance. Also Read - Nora Fatehi Looks Stunning in Her Red Sparkling Gown by Yousef Al Jasmi- Yay or Nay?

While the video, of course, got many praises, a few comments on her post just seemed little more special. Just a month back, filmmaker Milap Zaveri had featured a modified version of Dilbar song in his film, Satyameva Jayate, starring John Abraham. The song had Nora Fatehi showing some sizzling dance moves. However, the video also faced ire for being a rip-off and Nora received flak for being compared to Sushmita. Also Read - Rajeev Sen Breaks Silence on Rumours of Rift in Marriage, Says Someone is Brainwashing Charu Asopa

Now, with their comments on the former Miss Universe’s video on Instagram, seems like everyone just want to end the debate. Here’s what Sushmita posted: Also Read - A Muslim Homosexual Character in a Popular Series: Meet Vikas Kumar, Aarya's ACP Khan Who's Breaking The Stereotype | Interview

And here’s how Zaveri complemented the actress: 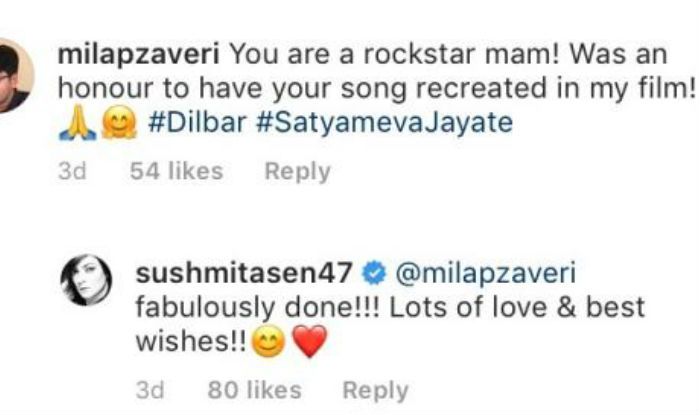 Now, check out what Nora had to add to the comment-chain: 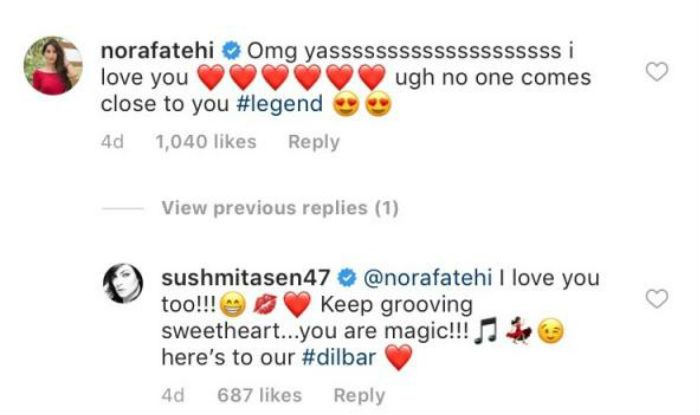 Well, it’s good to see there’s no bad blood between these people. As for Sush’s fans, her talent and presence are incomparable… there isn’t and will never be any other Sushmita Sen. Let’s all relax and watch her stunning performance again:

We know you wanted to!